144th Anniversary Lincoln Dinner was our most spectacular celebration to date!

We did it again! We topped ourselves with the most wildly spectacular, exhilarating, and “explosive” Lincoln Dinner event ever, according to feedback from attendees.  “It’s a great day to be Republican in New York,” was the refrain of the day.

First time dinner guest Hope Parisi said, “It was my 1st dinner it won’t be my last. I had a great time. It’s good to know so many people feel the same as me.” Michael Ferrara, videographer said, “We had a blast yesterday with all the new, cool rock stars in the Republican Party.” Donna Marino said “Sharing this great day for America with so many wonderful people at the QVRC annual Lincoln Dinner, here with my sister Renee.” Joining us from Dutchess County, NY, was Assemblyman Kieran Lalor who said, “The energy and passion at the Queens Village Republican Club, Inc. Lincoln Dinner yesterday was inspiring.”

Along with our gala celebration of Abraham Lincoln, our first Republican President, we celebrated the momentous occasion with Cory Lewandowski, the greatest keynote speaker we could ever stage for “No Collusion Day,” to thunderous chants of “USA, USA, USA!” For Sunday, March 24th was the day that Attorney General William Barr released a letter to Congress saying that Mueller found no evidence of collusion with Russia and no obstruction of justice. Lewandowski spoke of the day of reckoning coming for Comey, McCabe, Strzok, and Hillary, as the audience chanted “Lock Her Up” and “Lock Them Up!”

We paved the way to next year’s reelection campaign for President Trump with our rallying cry, #OnwardTo2020. We broadcast our invitation to our great President to return to his native hometown, Queens for next year’s Lincoln Dinner to a roaring chorus of approval, which Lewandowski heard loud and clear!

Lewandowski related his personal stories re-counting that President Trump works 20 hours a day, seven days a week, and as his campaign manager, Lewandowski needed 20 energy drinks a day to keep up him. He ticked off the astounding accomplishments in the first two years of his presidency, reminding everyone of the largest tax cuts in our nation’s history, slashing up to 22 burdensome regulations for every new rule, moving the US Embassy to Jerusalem, recognizing Israel’s right over the Golan Heights, bringing our military men and women home, elected two Supreme Court justices and one more to come, created 600,000 manufacturing jobs, unemployment has dropped to the lowest rate ever for Hispanics and Blacks, and so much more. President Trump is a fighter who fights for us every day. He fights for every American. He fights the lies of the Fake News. There will be great news and opportunities for all ahead of us in the next six years of his presidency, and then the next eight with President Mike Pence!

It was a doubleheader of Republican “rock stars!” Cheers of “WalkAway!” resounded wherever our American Patriot of the Year honoree, Brandon Straka was seen, from the cocktail hour, the VIP room, to the grand ballroom when we enjoyed the full course dinner and award ceremonies for our valiant honorees, all chosen for their heroic deeds and patriotic service to our county and communities, including Arlene Mooradian, Charles Vavruska, Thomas Sullivan, Robert Turner, Catherine Donohoe, Vickie Paladino, David Bressler and Eric Butkiewicz.

Straka had the people all pumped up and jumping out of their seats as he delivered his “explosive message.” He recounted the personal story of his transformation from a liberal Hillary supporter, who was devastated and terrified by the electoral victory of Trump, to a pro-Trump Republican, who today is leading hundreds of thousands to walk away from the Democrat Party. One party embraces abortion, welfare state, socialism, one party does not.  More black babies are aborted than are born.  Democrats have decimated the black and minority communities. Now there are over 400,000 patriots, who are on a journey in this enlightening movement, not a destination.  He teaches people to “start thinking for yourself.”  He is the new charismatic leader of millions who are breaking through the walls of mental tyranny, leaving behind the intellectual quarantine of the Democrat Party.

We displayed our welcoming embrace to our #WalkAway Democrat friends in a spontaneous outpouring of support, in which $1700 was raised for the #WalkAway campaign in 30 minutes, after Straka described how his Town Hall event was shut down, and he was branded a white supremacist hate group. That night Straka tweeted:

This brief report doesn’t do justice to this incredible uplifting event. See for yourself the photos and videos of our great speakers and honorees, which will be posted on our club website and social media in the coming weeks. Please solicit our Lincoln Dinner sponsors who advertised in our beautiful dinner journal, and above all continue to fight to build the Republican Party in Queens, register Republicans, and let’s win the election of President Trump and our Republican candidates in 2020! #WalkAway!! #OnwardTo2020!!  It’s a great time to be a Republican Patriot in New York!! 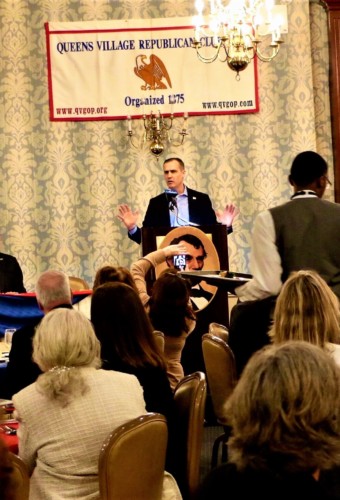 “Out with the old in with the new” was the theme at the Queens Village Republican Club 144th Anniversary Lincoln Dinner. All the cool Republicans and WalkAway Democrats gathered together to celebrate and promote the Grand Old Party with new people young and old with new ideas in moving forward and fighting to make our city, state and country great again. Video compilation by Michael Ferrara. 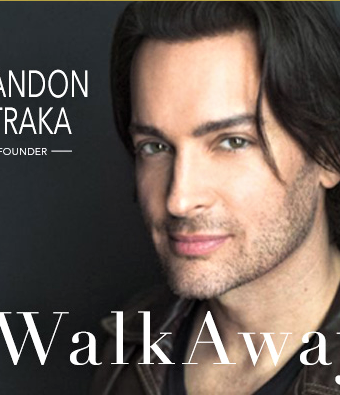 We anticipate a record crowd for our 144th Anniversary Lincoln Dinner on March 24th. Come and enjoy our greatest celebration of the roots of our Party, the Party of Freedom, the Party of Lincoln, and the Party of President’s Trump’s American First agenda!

The thrilling news is that Brandon Straka, the founder of #WalkAway Campaign will be our honored Lincoln Dinner guest speaker. We are proud to recognize his courageous work with the honor of our American Patriot of the Year Award.

A lifelong liberal who voted for Hillary, Straka has become an overnight sensation in the conservative movement, a superstar passionately leading the silent majority to become unsilent. In fact, recently he was denied service at a camera store in Manhattan because a salesman thought he was going to use the camera equipment for “alt-right activities.” He’s enjoyed frequent appearances on Fox News, including an hour-long interview on “Life, Liberty & Levin,” and he was a speaker at the recent annual Conservative Political Action Conference (CPAC). He’s received praise from President Trump for “starting something very special.”

Fearless and undaunted, he recognized the truth and walked away from the intolerant identity politics of the left and led thousands of others to do the same with a video that went viral on social media, where he said: “Once upon a time, I was a liberal. But liberalism has changed, and I will no longer be a part of an ideology or political party that represents everything that contradicts my values of unity, equal opportunity, personal empowerment, compassion and love.”

Straka has created a mass exodus of awakened Americans from all ethnic communities and walks of life encouraging them to “walk away from the divisive tenets endorsed and mandated by the Democratic Party of today.” He mentions that “there is there is a seat at the table on the right for everybody.” Our club is putting out the welcome mat to embrace our new friends, to come and join us at the Lincoln Dinner and celebrate and honor the awesome work of Brandon Straka.

We are thrilled to present our most exciting lineup of renowned speakers, local heroes and honorees at our dinner party, including President Trump’s original campaign managers, Corey Lewandowski and David Bossie, our illustrious Master of Ceremonies, Frankie “Five Boroughs” Morano, and our heroic 2018 candidates, Republican Woman and Man of the Year, Vickie Paladino and David Bressler, Young Republican of the Year, Eric Butkiewicz, and our Veteran of the Year, Thomas Sullivan. Cathy Donohoe is being honored for her life-saving work as President of Bridge to Life, Charles Vavruska, honored for his vocal advocacy for saving the SHSAT. Special honors will go to Bob Turner, who has never been officially recognized for his service and dedication as former Congressman from Queens and our Party Chairman. Come to the Lincoln Dinner and join hundreds of enthusiastic Republican Patriots celebrating the Party of Lincoln and the dawn of a brand-new Republican Party! 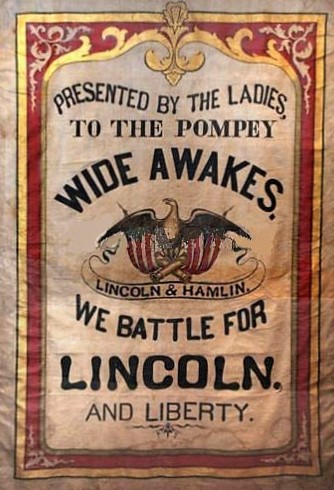 We Need to be “Wide Awake” Republicans

Our club stands out as the beacon of hope and freedom in our divided nation. The Lincoln Dinner is the exciting event of the year where we carry the torch for the Republican Party here in Queens and electrify the nation. Make your reservations today and bring your friends, family and neighbors!