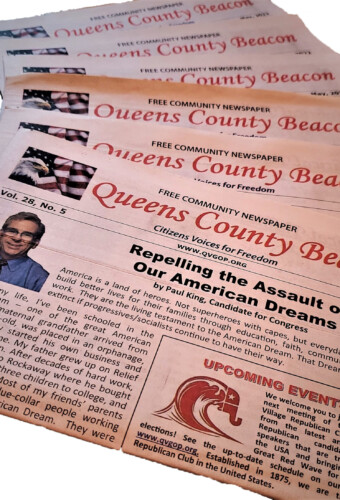 The Queens County Beacon is a free monthly community newspaper with a politically conservative viewpoint, produced and distributed by club members and patriotic citizens. Publication and printing costs are supported by our advertisers, to whom we are eternally grateful for contributing to the success of our newspaper. See rates and payment information below for Color and B&W ads. You may also purchase ads online HERE.

An Open Letter from Educators for Freedom

By Tatiana Bonilla and Aura Moody, Educators for Freedom

“We have taken a stance that we are no longer concerned with living comfortably if we are not free, which begins with the defense and preservation of our constitutional rights.”

New York City was one of the most prominently affected cities not only by the COVID-19 pandemic but its subsequent lockdowns, protocols, and mandates. In response, NYC educators, including teachers, paraprofessionals, related service providers, secretaries, and other essential workers, were tasked with efficiently adapting to the changes implemented by the city in order to provide our students with the most successful learning experience. Moving from classroom to remote setting required us to be more than just stationary classroom teachers. We were not only educators, but our interactions were therapeutic to students and families, as we were relied on daily for support to alleviate the stress and anxieties provoked by these citywide changes. While not ideal, the virtual classrooms were safe havens for students who were hardest hit by the physical, social, and emotional impact that mandates and lockdowns brought to our city. 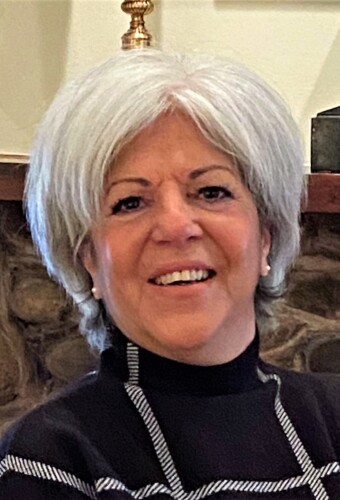 2000 Mules – Documenting the Demise of America?

“We have put together, I think, the most extensive and inclusive voter fraud organization in the history of American politics.” – Joe Biden, 10/25/20.

So, what is your opinion? Do you believe that the election between Donald Trump and Joe Biden was the “most secure election in American history?” That’s what the Democrats, liberals, and a whole lot of Never-Trump Republicans want us to believe.

Dinesh D’Souza’s new documentary, “2000 Mules,” answers this question, with overwhelming evidence. Of the many ways election fraud can be accomplished, this film focuses on the use of drop boxes, and how “mules,” people who carried thousands of ballots from a ballot collection site to multiple drop boxes, were discovered and tracked.

As a big fan of the TV show NCIS, I have often seen the main characters use cell phone data to track and locate perpetrators and victims alike. I never gave it any thought; it’s just TV. But the truth is that intelligence agencies, the military, and law enforcement all use cell phones to track people. How? Each cell phone has a unique identity, as unique as a fingerprint or DNA. Over 300,000 phone apps gather data on each cell phone and sell it to brokers. The data can pinpoint the location of a cell phone by latitude, longitude, and elevation very precisely. And it is time-stamped. If you are on one block one minute, and on another block two minutes later, your movement can be tracked and monitored. Even if your cell phone is turned off! The CDC actually used this to monitor social distancing during Covid. A frightening thought!

The non-profit organization, True the Vote, bought vast amounts of this type of cell phone data for geo-tracking in five cities in the key swing states. They looked specifically at areas surrounding the drop boxes. Wanting the lowest margin of error, the researchers only investigated phones that went to a minimum of 10 drop boxes and five ballot collection sites. In one case, the cell phone traveled across six counties to 27 different drop boxes. Catherine Engelbrecht and Gregg Phillips, working for True the Vote, tracked 2,000 cell phones making such patterns. Not included in their research were cell phones that traveled to fewer than 10 drop boxes, or fewer than five ballot collection sites. Therefore, the data presented in this film actually under-represents the amount of illegal ballot harvesting in the election.

There have been many questions and complaints about the film, mostly by so-called “fact-

checkers” who wanted either to have this documentary banned, or who wanted to discredit the information presented. Here are some:

First, a cell phone does not travel from drop box to drop box by itself. It is carried by someone, usually the person who owns the phone. Frequently, these people took selfies of themselves at the drop boxes to verify that they actually did what they were being paid to do – at $10 per ballot.

Were these people, all 2,000 of them, just dropping off ballots for family members? Why would someone have to go to 10 or more drop boxes, between the hours of 1:00AM and 5:00AM, the time all of these phones were tracked, to drop off grandma’s ballot? Remember the case I cited above – 26 drop boxes across six counties? As Dinesh D’Souza asks, “Can you think of even one reasonable and innocent explanation for such behavior?” I can’t.

Furthermore, people were not “just walking by” the drop boxes. The tracking shows people going TO the drop boxes, staying there a few minutes while they stuffed ballots in the boxes, and then leaving away from the boxes. In order to get to the drop boxes, these “mules” had to drive from box to box to box, often crossing county lines, and sometimes even crossing state lines. In the wee small hours of the morning. All of that movement recorded. They were not “walking by.”

As for the all-important question about video footage, there are actually 4 million minutes of video footage. Some of it shows the mules at the drop boxes, and it matches up precisely with the cell phone data. Unfortunately, a lot of the footage is of low quality, or even non-existent – a big problem and a big question mark. In Arizona, the cameras were mysteriously, and conveniently, turned off when these drops were being made. In other places, like Wisconsin, cameras were never installed, even though they were supposed to be. And in other places, the cameras were angled at the ground, or the lenses were cracked, etc. Makes you wonder.

Geo-tracking of cell phones is as irrefutable evidence as fingerprints and DNA. It is used by intelligence, the military, and law enforcement to make arrests. In fact, geo-tracking was used extensively by the FBI in finding people who were at the capitol on January 6th, 2021. In many cases, people were arrested in only a few days which indicates that the FBI had been tracking those people before January 6th, before any alleged “crime.” How scary is that? In any case,

geo-tracking is certainly considered legally valid when the Democrats use it; it’s just not valid when conservatives use it.  A convenient double standard, as always.

No matter which side of the fence you’re on, there is so much evidence here that only someone with a vested interest in being willfully blind would refuse to see it.

Every American should see this film!

Okay. Where? The film had a limited release in 250 movie theaters around the country in early May, and it may be released again in theaters. In the meantime, you can buy the film, rent the film, or buy the DVD at SalemNow.com. You can also watch it on Locals.com (a subsidiary of Rumble.com).

What is important here is that there is evidence that enough ballots were dropped to change the outcome of the election. And this documentary only investigated five swing states. What about the rest of the country?

According to RedVoiceMedia.com, on 5/10/22, an organization called NYCA filed 15 petitions against 15 counties in New York State with officials in Albany. They are claiming that there are over 2 million questionable registrations and votes in New York, where Biden won by 1,992,889 votes. NYCA claims that they have evidence of stolen votes, fake registrations, and over 10,000 people who were 170 years old when they voted! Imagine 170-year-olds getting out and voting!

What will come of their petitions? Considering that the NY Attorney General is Letitia James, I wouldn’t hold my breath.

The truth is that despite all the evidence presented in “2000 Mules,” if law enforcement refuses to investigate, we can yell and scream ‘til the cows come home, nothing will be done. Already, the Michigan Secretary of State’s Office has said that they saw “nothing illegal” in the film pertaining to Michigan. On the other hand, the Yuma County, AZ Sheriff’s Office has said that they will investigate.

Perhaps the most positive thing I can write is that “2000 Mules” has made over $10 million in just two weeks, which means people are seeing the movie, despite the fact that media is actively trying to suppress news of it. Even Tucker Carlson of Fox News, when interviewing

Catherine Engelbrecht, the main researcher of the cell phone data, forbade her to mention the movie on air. Nevertheless, word is getting out. It is perhaps the biggest trending hashtag on Twitter as I write this in mid-May.

Once again – everyone should see this film. Everyone should know what happened. We must be galvanized to fight for voter integrity laws and we must win. How? By putting people in office who support this fight. If we don’t, we will watch the demise of our beloved country!

Eileen Korby, along with her father, Sol Korby, is a candidate for a seat on the Republican County Committee.