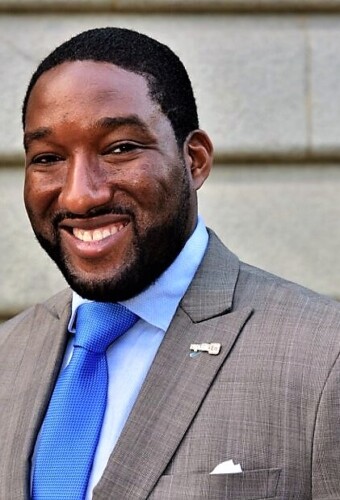 The February 2nd 2023 meeting of the Queens Village Republican Club was the scene of a packed house of energized patriots as Joe Pinion and other Republican Rock Stars as well as NY City Council candidates fired up the crowd. There was a club pinning ceremony for new members, a committee report, and a special announcement of our newly formed Mom’s for Liberty Chapter in Queens.

Joe Pinion was the Republican and Conservative party candidate for US Senate in 2022. If you recall, he DESTROYED Sen. Chuck Schumer in the NY-1 debate. Total knockout! A Political News Commentator on Newsmax and other media, he is a rising star and the future of the Republican Party in New York.

Chris Wright is host of the Christopher Wright Show on YouTube and founder of the Conservative Republican Alliance of New York and has regular meetings in Manhattan at the Metropolitan Republican Club headquarters.

Walter Mejia is President and Founder of New York Republican Latinos, to increase Conservative Latino representation in gov’t by training and creating the next generation of Latino leaders.

Kristina Raevsky will be the recipient of the Young American Patriot of the Year award at the Lincoln Dinner on March 19th, and is a young accomplished author of two published books and essays on America. Her latest book, “A Sheep’s Tale, A Young Patriot’s Guide to Saving America” available on Amazon, is a fictional narrative of a family who flees Soviet communism to come to America to find us headed in the same dangerous direction, and how to fight to save our country and restore our values and God-given rights.

Daniella May: Medical Freedom and Republican candidate for NY City Council in CD-31

Daniella May is the Medical Freedom and Republican candidate running for NY City Council in CD-31. She is a nurse who worked in plastic surgery for most of her career. She is Vice Chairwoman NYYRC Black caucus and the Secretary to the NYYRC women’s caucus.

Scott Harney spoke about his candidacy for NY City Council in CD-23. He is a former journalist and also a retired federal officer with the US government. He served in numerous overseas diplomatic postings, including war zone deployments to Iraq, Afghanistan and other conflict zones. 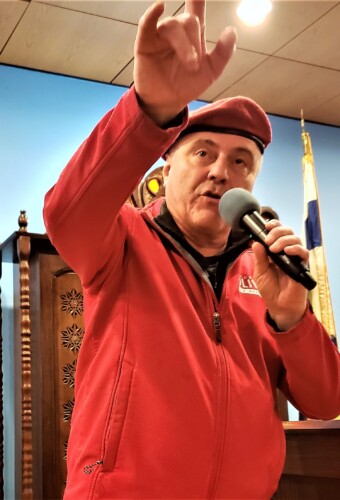 The January 5th Club meeting was our New Year’s Kickoff Meeting with guest speaker Curtis Sliwa, founder of the Guardian Angels and former Republican candidate for NYC Mayor. He’s on the radio weekdays from 12 noon to 1pm and other time slots with talk shows on WABC, “Always Broadcasting Curtis.” He’s one of the greatest New Yorkers there ever was, someone who has given his life for our city many times over, Curtis Sliwa!

Frederick Douglass: An Inspiration to the Rebounding Republican Party

Frederick Douglass (1818-1895) was one of those historic figures who was always on the list of people to study for Negro History Week. Every American Black child knows or is supposed to know by second grade, especially if one attends a majority Black* student or faculty populated school.  Douglass seemed to be current looking – his hair was natural and long – which was in vogue.  Some of his suits looked like the one in Ebony magazine. His features were fiercely chiseled – which intimidated me as a child, but they expressed his passion to fight the establishment to gain equality – something that was a part of the 1960’s and 1970’s America my family had to learn about when we came to America.  So much was studied about him during those school days, but no one mentioned that he was a Republican – just like our President, Richard M. Nixon. Today, five Black Republicans have taken new seats in Congress.  This is just a sign of a rebounding Republican Party.

*Although African-American is more politically correct, I prefer to use Black as my racial nomenclature.  That was the term of my upbringing and most of my adulthood; and serves as a common descriptor for my two African diasporic cultures.

When I first came to this country from Jamaica W.I, Douglass’ picture would often be placed next to Lincoln’s on the school bulletin boards highlighting Negro History Week – that is what the commemoration of Black historical figures was called.  I still recall the bulletin board outside my first-grade classroom at St. Joseph’s Parish Day School in Queens Village, NY (Demolished, 2022).  I recognized Martin Luther King, Jr., because he had just been killed, but the others I did not recognize. Those were all the American heroes.  I was hoping to see the great Jamaican hero, Marcus Garvey, but he was not there.  In second grade, we took days to cut silhouettes of Abraham Lincoln and George Washington from black construction paper so as to commemorate their February birthdays.  We placed the silhouettes around the room and on the classroom bulletin board.  Sometimes, we cut silhouettes for Frederick Douglass, but those were put on the Negro History Week bulletin board in the hallway.  Over the years, we all learned that he was a runaway slave who became an eloquent orator for the emancipation of slaves despite not having a formal education.  After writing several books such as the Narrative of the Life of Frederick Douglass, he was able to purchase his freedom from the proceeds.  Ever promoting abolition of slavery, Douglass encouraged several northern abolitionist groups to pressure Congress to end slavery. Prior to and during the Civil War, Douglass  persuaded Lincoln to allow the enlistment of Blacks to fight in the Civil War. We also learned that Douglass was President Lincoln’s friend.  But that was mostly all that was emphasized.  No one mentioned that he was a New York Republican. 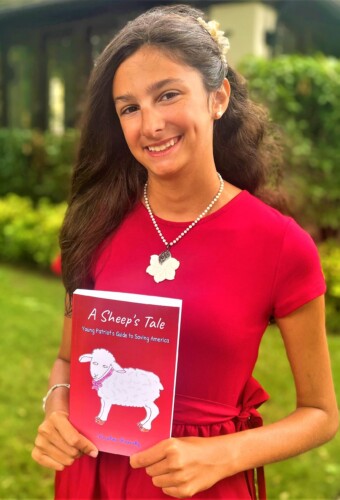 America, land of the free and home of the brave. Our country was founded on inalienable principles that we still cherish today – freedom, democracy, and capitalism. America is unlike any country in the world, and it is crucial that people understand and appreciate all the things that make America so special. America’s founding fathers were willing to achieve independence at any cost. The stakes could not be higher, yet heroes like George Washington and John Adams stood up to Great Britain and showed the true embodiment of patriotism. Like many patriots before me, I love our country. America is the land of opportunity, a place where if you work hard, you can accomplish anything, and a beacon of hope for millions of people around the world. My parents’ success story is the result of hard work and perseverance, but most importantly, the great American Dream. They each came to America with nothing, but because America is the land of opportunity, they were able to make it in this world, and become successful professionals who provided an excellent foundation for me to succeed as well.