October 21, 2020by Phil Orenstein in Uncategorized

A night with the Guardian Angels: Legendary vigilante who once survived a mob hit by John Gotti says NYC has turned into a ‘muggers delight’ under Mayor de Blasio and claims the the Big Apple is returning to the ‘Fear City’ he knew in 1979

New York City is on the ropes and it is déjà vu all over again for Curtis Sliwa, 66, and his crime fighting red beret vigilantes.

Shootings were up by 127% for the month of September and the year-to-date murder rate has increased by 34%. With stores and small businesses shuttered, unemployment has swelled past 20%; and along with a mass exodus of New Yorkers headed for the hills and the suburbs – the Big Apple’s fabled skyline is now a vista of hallowed out office towers.

It’s all another day at the office for the bombastic, outspoken, Brooklyn born founder of the Guardian Angels. He’s been New York City’s cornerman ever since 1979 when he created the volunteer safety patrol group during a time when the Big Apple was dubbed ‘Fear City’ by law-enforcement from an unprecedented wave of violence that swept through the city.

But in July of this year, Sliwa found himself hitting the pavement in his own backyard, the Upper West Side, amid growing concern by locals who reported an uptick in crime since the city moved 730 homeless into makeshift shelters during the COVID-19 crises.

Since its founding over 40 years ago, the non-profit organization has spread to over 130 cities in 13 countries. In the process, Curtis Sliwa has been hailed as a hero and local legend for his rapid fire zingers as a shock jock host on talk radio that rails against everyone from progressive-liberal Democrats like A.O.C (whom he calls ‘All Out Crazy) to President Trump, Mayor Bill de Blasio, Governor Cuomo and every other career politician, which he says are ‘fakes, phony, fraudulent, fugazis.’

Now Sliwa has his sight set on running for mayor in the 2021 election as a Republican. After four decades of patrolling the streets, Sliwa says he has the credibility, institutional knowledge and gunshot wounds (from when John Gotti ordered mob hit on his life) to prove his devotion to the City of New York.

Over the course of an evening while on patrol through the Upper West Side, the mayoral hopeful tells DailyMail.com exactly what he means when he says that he will give the city ‘a much needed colonic.’ 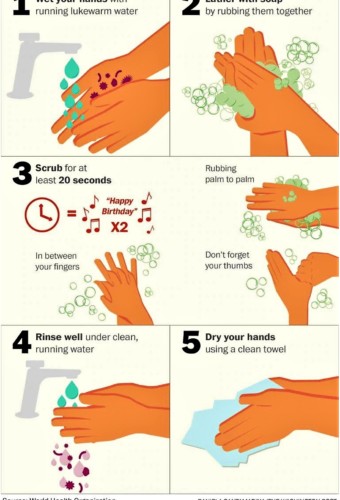 Important Message Regarding the Lincoln Dinner

March 16, 2020by Phil Orenstein in Uncategorized

We regret to inform you that New York State is closing all dining and entertainment establishments which includes Antuns Caterers, effective 8pm Monday evening. Thus our 145th Anniversary Lincoln Dinner will not take place.

We are seriously working on a great many details concerning this event and we ask for your patience. More information will be forthcoming.

America is the greatest nation on the face of the earth and we are truly an exceptional people. We will conquer this virus and rise above all the associated difficulties. In the coming weeks, our American resolve will be tested and we, the Queens Village Republican Club firmly believe America’s greatest days are ahead of us.

Nine days and counting to our 145th Anniversary Lincoln Dinner!

March 13, 2020by Phil Orenstein in Uncategorized

Nine days and counting to our 145th Anniversary Lincoln Dinner.  Steve Bannon is excited and anxious to welcome each one of you. In 48 hours, Katie Hopkins lands at JFK after her long trip from across the pond. Our speakers are pumped and ready for action!

Our VIP hour is building quickly and last minute confirmations may be difficult as we limit that room to the 50 first takers.

Just in case you were wondering, Antuns has totally prepared their facilities for our Greatest Generation! See www.antuns.com for details. It’s our great honor to announce Sgt. Philip Kahn of the U.S. Army Air Corps, who recently celebrated his 100th birthday, will be the recipient of the Rabbi Morton Pomerantz Veteran of the Year Award.

Use hashtag #Onward2020 on all communications.  Join our Facebook Event. Thank you!