November 15, 2019by Phil Orenstein in Uncategorized

The November 7, 2019 General Club Meeting focused on defending our traditional family values and the sanctity of life. The videos of the inspiring featured speakers are below.

JOHN HORVAT II: Mr. Horvat is a scholar, international speaker, author of the book, Return to Order, and Vice President of the American Society for the Defense of Tradition, Family and Property (TFP).

JOHN RITCHIE: Mr. Ritchie is the director of TFP Student Action. TFP was formed to resist, in the realm of ideas, the liberal, socialist and communist trends of the times and proudly affirm the positive values of tradition, family and private property. 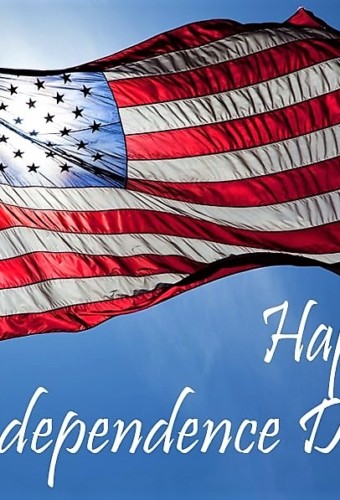 REMEMBER THE REASON FOR THE FOURTH OF JULY

July 3, 2019by Phil Orenstein in Uncategorized

We wish all our members, families and friends of the Queens Village Republican Club a most happy and meaningful Fourth of July. As we celebrate our national holiday, it’s important to keep it’s meaning in mind, which was so eloquently expressed by Frederick R. Bedell Jr., Grand Knight of St. Anastasia Knights of Columbus Council #5911.

Remember the Reason for the Fourth of July

The Fourth of July is a day of great importance. In 1776 we fought as a people for a birth of a new nation founded on Democracy. Since then we have fought many wars and many lives were lost for the cause of democracy. In this democracy, we have the right to speak our minds and the right to vote for those who will represent our rights of freedom and justice for all.

So the next election, please get out and vote. Let not our ancestors, who have died for what most of us hold most dear, and that is freedom, to have died in vain. As it says in the Declaration of Independence, “We hold these truths to be self-evident, that all men are created equal, that they are endowed by their creator with certain unalienable rights, that among them these are life, liberty and the pursuit of happiness.” So, let freedom ring on the 4th of July. Remember this too: The 4th of July is not just a day off, for store sales and barbecues but a day to celebrate our day of independence from tyranny. 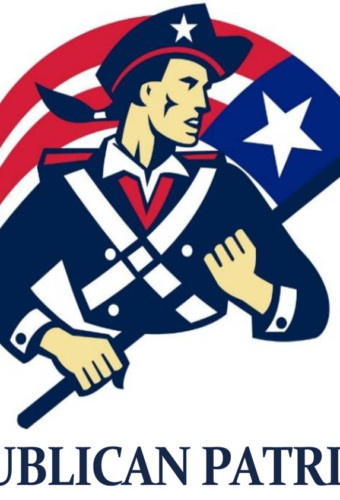 June 24, 2019by Phil Orenstein in Uncategorized

Fresh Meadows, NY – The Queens Republican Patriots unequivocally condemn the disturbing comments of NY’s 14th District US Representative, Alexandria Ocasio-Cortez, who equated American detention centers for the thousands of persons uncontrolledly amassing and seeking illegal entry at our southern borders with “concentration camps”, a term universally and infamously recognized as the key staging point for the vicious Nazi campaign to exterminate innocent Jews throughout Europe.

Even more so, Queens Republican Patriots decry the astonishing silence of an intimidated Democratic leadership in Congress as well as the absence locally of our Queens GOP leadership to confront Representative Ocasio-Cortez’s comments.

Detention centers at our border were started under the Obama Administration in keeping with US law requiring all unvetted immigrants illicitly seeking entry at our border to be processed and, as appropriate, released with future court dates (for which most do not show up).

Children can be separated from their parents for several reasons, including the adults accompanying them cross our border illegally and are placed in adult facilities, to enable community-based alternatives for juveniles1 and to determine if the children are victims of human trafficking.  Detention centers for accompanied and unaccompanied minors are designed as much as possible to keep children comfortable, safe and well cared for, with video games, computers, and outdoor sports facilities.

It is disingenuous to ignore the fact that our government seeks humane treatment of all who arrive illegally at our border within the realities of overwhelming numbers, shortage of best residential options and failure of Congress to allocate needed funds to rapidly build desired residential options that simultaneously address the needs of immigrants and the needs of a lawful society.

Evangeline Balaskas (R-25AD), Queens Republican Patriots (QRP) candidate for Republican NY State Committee, said: “Representative Ocasio-Cortez’s comments equating the humane treatment of adults and children here illegally to the systematic rounding up, torture, and extermination of millions of Jews is beyond ignorant and dangerous. Some Democrats say not to take her words seriously.  But we have to. She is equating America to Nazi Germany and using her position and popularity to sow discord, spread propaganda, and undermine our national security.”

Dr. Howard Neiman (R-25AD), Ms. Balaskas’ co-QRP candidate for Republican NY State Committee, an Orthodox Jewish community leader, noted: “Words enter the brain, evoke imagery which evokes behavior. Representative Ocasio-Cortez was not unaware of the imagery she was stirring into the American psyche. It is hard to imagine she is not aware of the world’s pervasive concentration camp imagery – cattle cars, Arbeit Macht Frei, zyklon B, mountains of children’s shoes.  But, she clearly knowingly evoked this vile imagery to score a political point.  In war terminology, let’s say she was hugely and disingenuously “disproportionate”.  Congresswoman Ocasio-Cortez’s words pierced the souls of her 14th District constituents, several thousand of whom may very well be Nazi concentration camp survivors.”

Hate crimes against Jews in NYC are up 82% in 2019, Jews suffering disproportionately as over 50% of documented hate crimes are anti-Jewish2. Queens Republican Patriots are speaking up for our Jewish family and friends even when the entire national Democratic establishment falters and the establishment Queens GOP offers not a word of outrage or solace to their constituents.

Queens Republican Patriots call upon Alexandria Ocasio-Cortez to retract those words and apologize to America and specifically the Jewish people.

Queens Republican Patriots also call upon our Congressional leaders to lead and denounce comments, such as those by Representative Ocasio-Cortez, that enable antisemitism.

June 23, 2019by Phil Orenstein in Uncategorized

House Speaker Nancy Pelosi will visit Elmhurst Monday for a community discussion on immigration as part of her ‘Speaker in the House’ series.

Be there to speak out:
Stop Pelosi’s lies and obstruction.
Tell her to stop thwarting President Trump’s agenda to Keep America Great!
Tell her that we support President Trump and his America First policies.
Tell her that her Party has been taken over by extreme leftist lunatics, anti-American, anti-Semitic, Anti-Christian traitors and socialists.
Tell her “Build the Wall”
Stop illegal immigration
Save our city, state, and country
Speak up and get organized. Take back New York City.