Celebrate the Everlasting Friendship Between India and America!

We hold these truths to be self- evident, that all men are created equal, that they are endowed by their Creator with certain inalienable Rights, that among these are Life, Liberty, and the Pursuit of Happiness- From the Declaration of Independence (emphasis added)

Congress shall make no law respecting an establishment of religion, or prohibiting the free exercise thereof; – Amendment I. To the Constitution of The United States of America (The Bill of Rights)

Let the pulpit resound with the doctrine and sentiments of religious liberty. Let us hear of the dignity of Man’s nature, and the noble rank he holds among the works of G-d… – John Adams, “Dissertation on the Canon and Feudal Law”, 1765

Virtually everyone regardless of political inclination will readily tell you that we enjoy “religious freedom” in our nation.  We can attend and participate in the rituals and activities offered in any spiritual institution we care to attend. However, is that the extent of our “religious freedom”? Today, traditional values, morality, and behavior as defined by the Judeo-Christian ethic which inspired the formation of our country is under attack. Individuals who do not wish to respect or abide by those values, certainly have the right to do so.  We are witnessing a militant, intolerant and aggressive effort to suppress and eliminate those values though.  The rights of people of faith are chastened by those who choose a life devoid of morality.

We see a relentless jihad by the political left against people of conviction, particularly devoted, traditional Christians and Jews. These rabid leftists most often target Evangelical Christians whom they have the most hatred for as they perceive them, due to their numbers and fervor, as being the biggest threat to the left’s perverse agenda. The courts, which have been infiltrated and corrupted by these neo-Stalinists, are routinely used to bully and punish innocent, good people for simply being true to their beliefs.  Faithful Christian bakers are harassed, impugned, and maligned by the court system for refusing to bake same sex wedding cakes as doing so would violate their religious principles.  Nuns are ordered to provide abortions.  Oppressive laws are conjured up by the left to castigate clergy who would refuse to perform a same sex marriage by revoking their church’s or synagogue’s tax-exempt status. Lawsuits are filed to prevent the display of Nativity Scenes and Chanukah Menorahs. When those venerable religious symbols are allowed to be publicly displayed, atheistic leftists have demanded that Satanic symbols be displayed next to them. We are hectored and lectured to about our “intolerance” and have slurs hurled at us branding us something they call “transphobic” all because we do not acquiesce to the demands of the “Transgendered.”  We are shamed into speaking, altering our lifestyle, and complying with the left’s handbook of acceptable behavior or be labeled with pejorative words.  I am waiting for a government official to send me a letter telling me I must train a girl for Bar Mitzvah or a boy for Bat Mitzvah or be penalized.  Young people entering college are coerced into rejecting the traditional morality they were raised with and must accept a new doctrine of “intersectionality” and “political correctness.”  Should they use normative speech and not accept the artificial “non-binary” pronouns on campus they could face severe retribution and punishment by Marxist university administrators.  Oddly, these Marxists take on another stance when it comes to Islam. They see radical Islamists as their allies in bringing down the Judeo-Christian ethic, eliminating our American Constitutional freedoms, and destroying the State of Israel. Therefore, the same atheistic Marxists who rail against religion will pander to fundamentalist Muslim practices, and support the imposition of Muslim Sharia law.

It is most important that we fight to preserve our religious rights as American citizens and to engage ourselves in the political process without fear of reprisal against our faith-based institutions. We must stand up and be proudly Pro-Life and oppose the murder of unborn children. We must see the fulfillment of G-d’s promises in the Bible and support the State of Israel. We must assert our G-d given right to self-defense as enshrined in the 2nd Amendment of our Bill of Rights.  And we must continue to remind and educate the public that our nation was founded on the concept that our precious freedoms come from our Creator, G-d Almighty and are not a privilege granted to us by a state or government. When we see the Red, White, and Blue of Old Glory, our hearts should swell with pride and deep appreciation for the gift of being an American.

The battle to protect our religious liberty is tough and ongoing. I have spent much of my career as a rabbi working for both interfaith harmony and religious freedom. I am humbled and deeply honored that our club will bestow the Religious Freedom Award upon me this year at our annual Lincoln Dinner. I ask good people of all peaceful religions to join me in this battle. I have perfect faith that should we put forth effort, the Boreh HaOlam-the Creator of the universe, will grant us success. 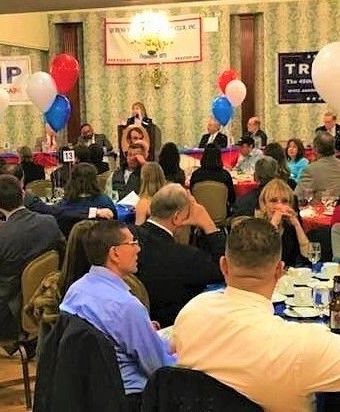 Change Queens and change the world!

This is the year that our annual Lincoln Dinner blasts off on March 22nd as we celebrate Abraham Lincoln, our first Republican President and the founder of the Party of Freedom. We are proud to be the Party of Lincoln, Reagan and the Party of President Donald Trump! 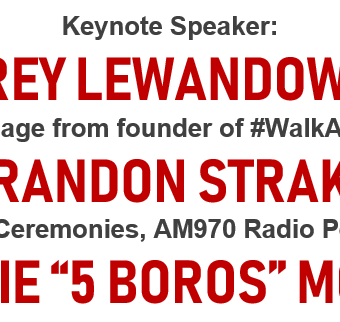 The Queens Village Republican Club proudly presents the video recordings of all of our speakers and honorees who headlined our glorious 144th Anniversary Lincoln Dinner held on March 24th 2019.

Catherine Donohoe, MS, RN, President of The Bridge to Life and recipient of the Lincoln Dinner Sanctity of Life Award

Charles Vavruska: Lincoln Dinner Education Advocate of the Year Awardee. Leading activist in the Save the SHSAT Movement.

David Bressler was the recipient of the Lincoln Dinner Republican Man of the Year Award and was the 2018 Republican State Assembly Candidate in 26AD.

Vickie Paladino was honored at the Lincoln Dinner as the Republican Woman of the Year. Vickie was the 2018 Republican State Senate Candidate in District 11.

Bob Turner, U.S. Congressman and past Queens County Republican Party Chairman, was the recipient of the Republican Statesman Award at the Lincoln Dinner

Eric Butkiewicz was honored at the Lincoln Dinner with the Young Republican of the Year Award. He ran for State Assembly in 2018.

Rabbi Menashe Bovit, Spiritual Leader of the Bellerose Jewish Center, gives the prayer before dinner is served at the Lincoln Dinner