“…The People of the State of New York have been subjected to a Corruption Tax.” 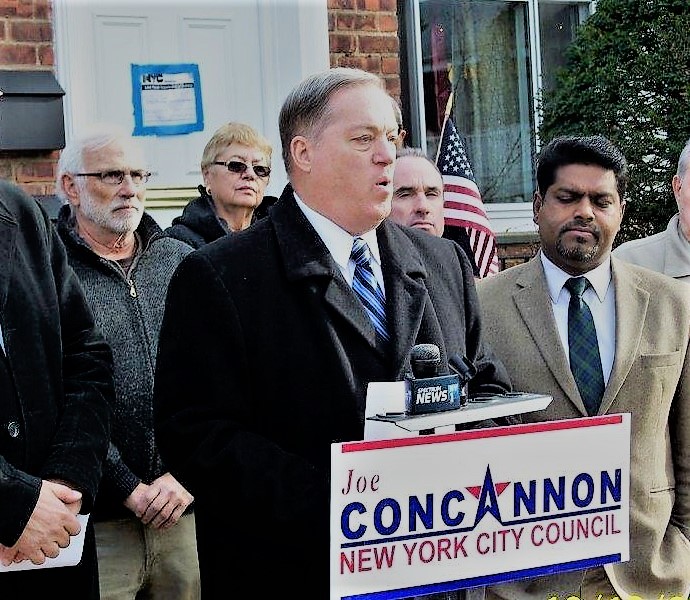 No one could argue that this last political cycle was contentious, partisan and filled with unrest and uncertainty.  The direction of the nation is about to do a 180-degree change that has some feeling unsettled.  Some of us find this refreshing and others are just downright combative and resistant as ever.  The Trump team is assembling, confirmation hearings have begun, and by the time you receive this newsletter we will have a new President.  Donald J Trump is now the 45th President of the United States of America.  Wow, what a year this has been!

I could hardly miss the opportunity to reflect while shoveling out my walk and property this past week from our recent snowfall, that “Mother Nature” is the great equalizer.  While some quote voters as deeply divided as ever, Mother Nature cast her snow blanket on everyone equally and each of us is charged with clearing our property, and ask not if we are Republican or Democrat.  As I look down my block each property owner chooses the method and style of clearing the land but we all accomplish the same task.  Mother nature focuses all of us no matter our political affiliation, sex, ethnic or cultural backgrounds and in amazing chorus we get the job done.

How great it would be to cast aside political partisanship and get things done for the people of our great City, State and Nation.  If left to Mother Nature, she would most assuredly get us all in line!  Too often we find political parties clouding the useful purpose of getting things done for the people.  Indeed, the people of the State of New York have been subjected to a “Corruption Tax.”  One elected official after the next indicted and convicted of crimes against the people of this great state.  This corruption tax, while not a stated tax, is none the less a tax on each of us.  Even Mother Nature’s awesome power cannot contain the graft, the abuse, and selfishness of some trusted with the people’s business.

Mother Nature needs to work within New York politics, spin up a major snow storm, which would have the effect of a cleansing, a reform agenda.  Lacking the proper leadership by our Governor and State Legislative body, as sought by the U.S. Attorney’s Office for the Southern District of NY, the next step falls upon the voters of this state to vote into office the people who can bring the changes necessary.  I have often said and will continue to repeat: voting matters and elections have consequences.  The most fundamental tool of change is our personal responsibility to vote in elections.

New York politics leaves much to be desired.  Both major parties owe it to the people of this state to clean up the swamp, reform their policies and win elections on the merits.  Elected officials need to be transparent and worry less about re-election and more on performing services, which is to put forward laws for all the people of New York State.