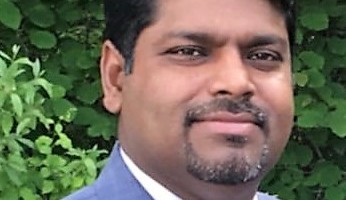 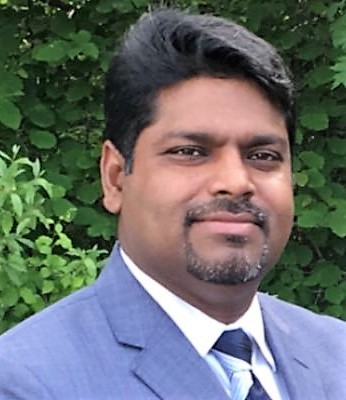 We are proud to announce that Tariq Rehmat, National Diversity Coalition for Trump Advisor, will be the recipient of the prestigious Republican Leader of the Year Award at the 142nd Anniversary Lincoln Dinner.  The 2017 Lincoln Dinner hosted by the Queens Village Republican Club, America’s oldest Republican Club, is the club’s annual gala dinner party, which this year will be a “Hometown Celebration” of the great victory of President Donald J. Trump, who was born and raised here in Jamaica Estates, Queens.  The dinner celebration will be held on Sunday, March 19, 2017, 3 – 8 pm at Antun’s, 96-43 Springfield Blvd., Queens Village, NY.

Tariq Rehmat was born in 1972 in Lahore, Pakistan, the youngest in a family of 10 brothers and sisters. He excelled in his studies at various schools in Lahore and Rawalpindi and went on to study business administration at Punjab College of Commerce. After completing his education, he joined together with his brothers in the 40-year family scrap metal dealership in Pakistan.

He married the love of his life, Anila, a Pakistani-American who returned to Pakistan in 2003 for the wedding ceremony. Tariq emigrated three years later to join Anila in America, fulfilling his life-long dream to live in America. This is the common dream of people from all over the world, who come to America seeking safety, prosperity, religious freedom, higher education and to pursue the American dream, and Tariq is one of them. 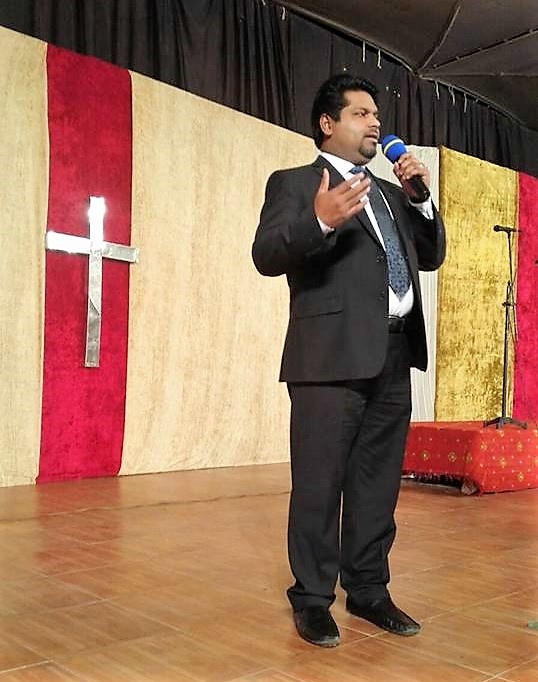 He joined the Pakistani Christian community in America, and continued evangelizing and spreading the Gospel as he had been doing helping various Pastors in Pakistan. He joined the Sutun-E-Haqq Assembly of God Church in Ozone Park, Queens, where he assisted Pastor Pervez Khokhar for seven years. Tariq was inspired by God to build a church building, and together with his Pastor, this miracle came to fruition as the first physical church of the Pakistani Christian community in New York.
Tariq has been very active in his church up to the present, as Secretary of the Indo-Pak Bible Fellowship Church working with Pastor Sarwar Maqsood for the last five years. He leads prayer meetings and services, and arranges healing crusades and big conventions. He mobilized the Pakistani-American community to help the victims of a massive suicide terrorist attack in Peshawar Pakistan in 2003, where over 100 were killed. He raised funds for the affected families and shipped medical supplies for burn victims and Christmas presents for the kids. Since then he has been raising awareness and funds for the victims of Christian persecution in Pakistan and all over the world. He was recently recognized as the leader of the Pakistani-American community by the pastors and leaders of his community.

In 2010 Tariq became a citizen of the United States and immediately joined the Republican Party when he was handed a voter registration form. He understood that the Republican Party spreads the Christian conservative values he lives by. Republicans teach the moral values of hard work, strong families, independence, and achieving the American Dream.

Within 10 years in America, Tariq opened two successful businesses, Z.R. Scrap Metal, Inc. and a construction company, A&Z Home Improvement NY Inc. He bought a beautiful home in Queens Village, where he lives today with Anila, his Mother-In-Law, Ivy Din, and their two children, Zoey and Ariana who receive home schooling. He credits his success to his wife Anila, who helps in all aspects of his business enterprises.  Tariq is a shining example of achieving the American Dream. 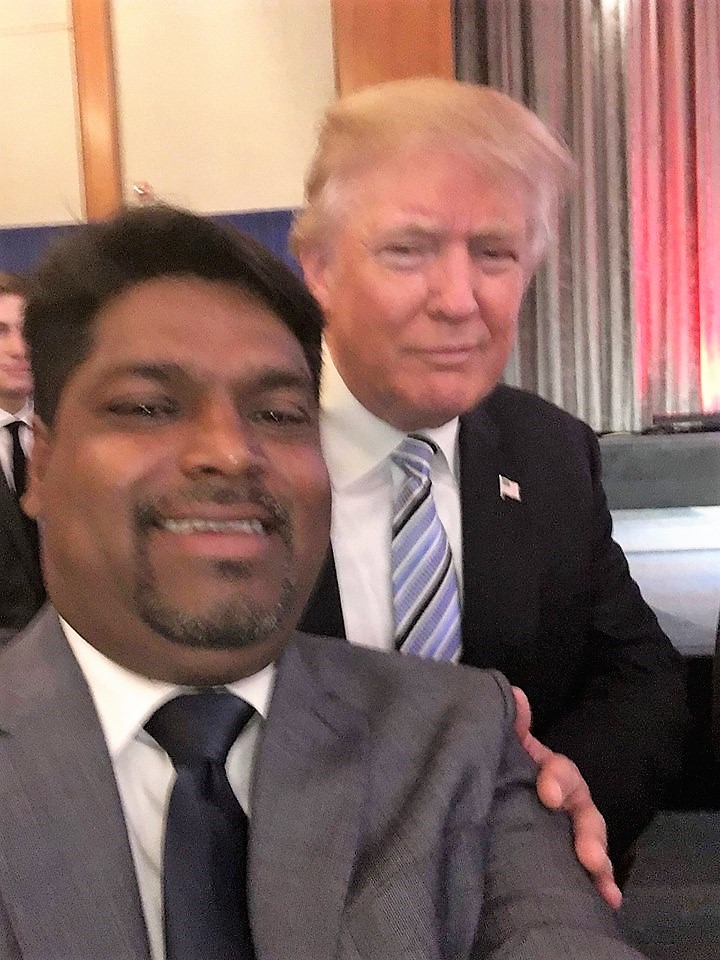 After Donald Trump started his presidential campaign, promising to put America first and restore America’s greatness, Tariq joined the Queens Village Republican Club and decided to become active. He organized a big meeting for the Pakistani-American community endorsement of Donald Trump for President in August, 2016. He worked hard campaigning for Wendy Long for US Senate and several other local candidates. He brought many of his colleagues in his community into the Republican Party to help diligently with petitioning, knocking on doors, working as poll site inspectors, and volunteering as valuable poll watchers on Election Day. He visited homes to collect absentee ballots and to register Republican voters including many Democrats who switched parties. 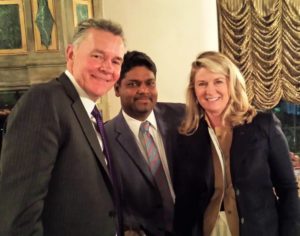 Tariq’s dream is for greater prosperity and independence – for his businesses to continue to grow and to send his kids to college from his own earnings, without financial aid from government. He also seeks to work hard as a Republican leader, to help win elections and help the Party grow in New York City, so instead of a one-Party town, the city will politically be represented equally, 50-50 by both Republicans and Democrats. Tariq Rehmat is an outstanding example to all of what a Republican leader looks like, which is why he is the recipient of the Republican Leader of the Year Award, a leader who works hard to pay back his gratitude to America, to make America the greatest nation in the history of the world. 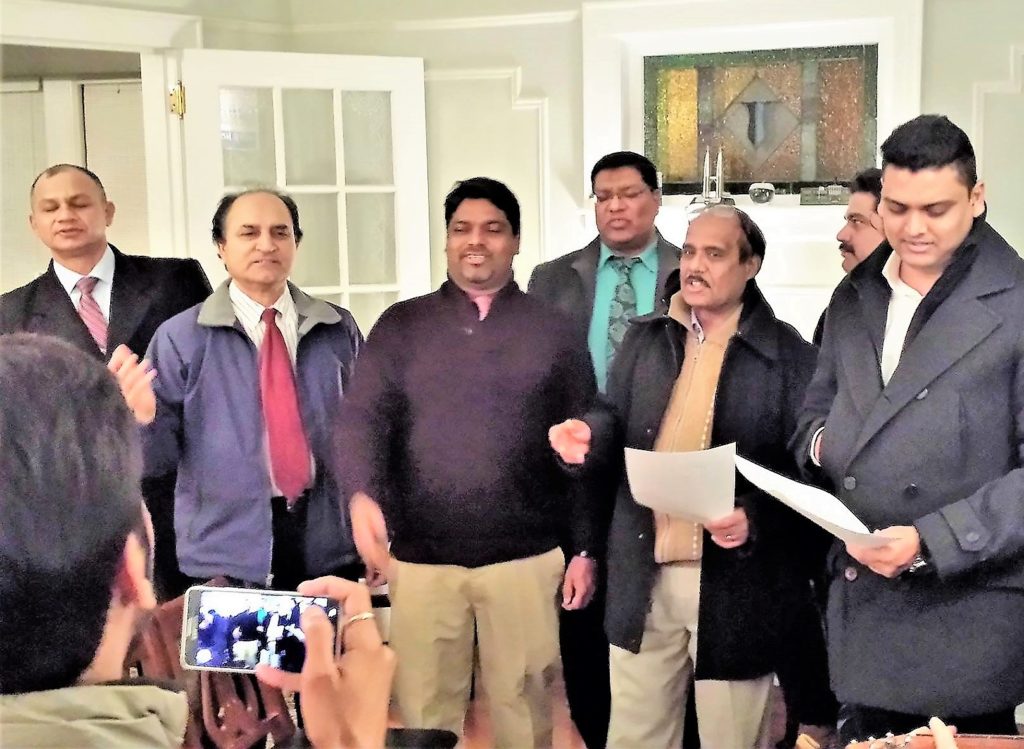 « PreviousVideo: Heather Mac Donald Presentation on “The War on Cops”
Next »Catholics Defending Religious Freedom For All