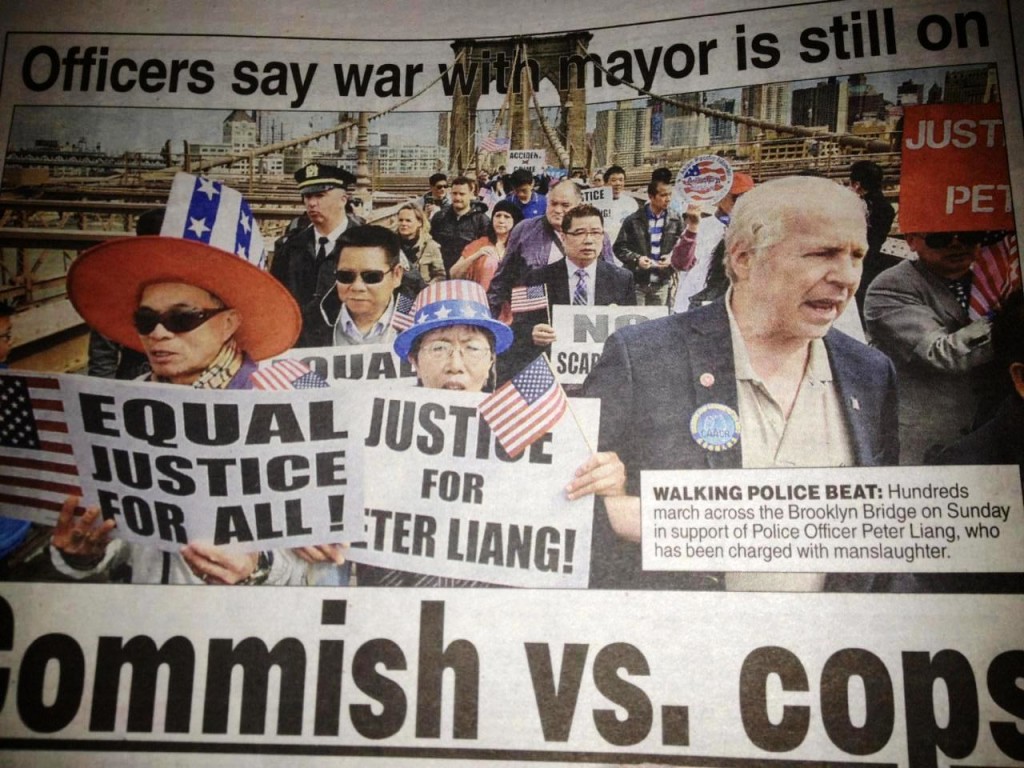 Sunday April 26th was a beautiful sunny day that was the perfect setting for 1000’s to gather at Cadman Plaza Park, Brooklyn and march arm-in-arm across the Brooklyn Bridge chanting “Justice for Peter Liang” and “We support N-Y-P-D!” Club President Phil Orenstein led the chants and former NYPD Captain Joe Concannon spoke to the crowd about Law Enforcement being the very fabric that binds our nation. “Public safety is the cornerstone of our civilized society. The police are the thin blue line that separates civilization from chaos,” he said as he often does, admonishing our elected officials to do the right thing and support our NYPD who protect our lives night and day.

Police Officer Liang, a rookie NYPD Officer who was falsely charged as a criminal with seven felony counts against him for the accidental shooting death of an unarmed black man. “An accident is not a crime,” the speakers declared and this prosecution is unjust and politically motivated. March organizers, Doug Lee and Phil Gim, former Republican State Assembly candidates, planned the march to raise awareness and push for justice and fair treatment of PO Liang as he goes to trail.

Phil Gim spoke out passionately about Asian Americans who work hard, study hard and don’t ask anything from the government except fair and equal treatment under the law. The scapegoating of PO Liang in an accidental shooting, is just one more example of targeting the Chinese community. We are a “silent minority” and “we won’t take it anymore,” said Mr. Gim.