Letter of Appreciation to QVGOP Members from Lt. Gov. Cagle of the State of Georgia

Letter of Appreciation to QVGOP Members from Lt. Gov. Cagle of the State of Georgia

Here is the heartfelt letter of appreciation to the members of the Queens Village Republican Club from Lt. Governor Casey Cagle of the State of Georgia. This letter was in response to our acts of praise and commendations to State of Georgia Legislature for standing up boldly for our 2nd Amendment rights. The Queens Village Republican Club sent a beautiful commemorative plaque to Lt. Governor Casey Cagle and the Senate of the State of Georgia for their action in blocking the sales tax exemption proposed to be offered to Delta Airlines. The Atlanta-based airline is ending their discount program for members of the National Rifle Association.

This letter dated March 9th, was featured in our Lincoln Dinner Journal along with a photo of the commemorative plaque, but is presented here as well for those who did not see it. 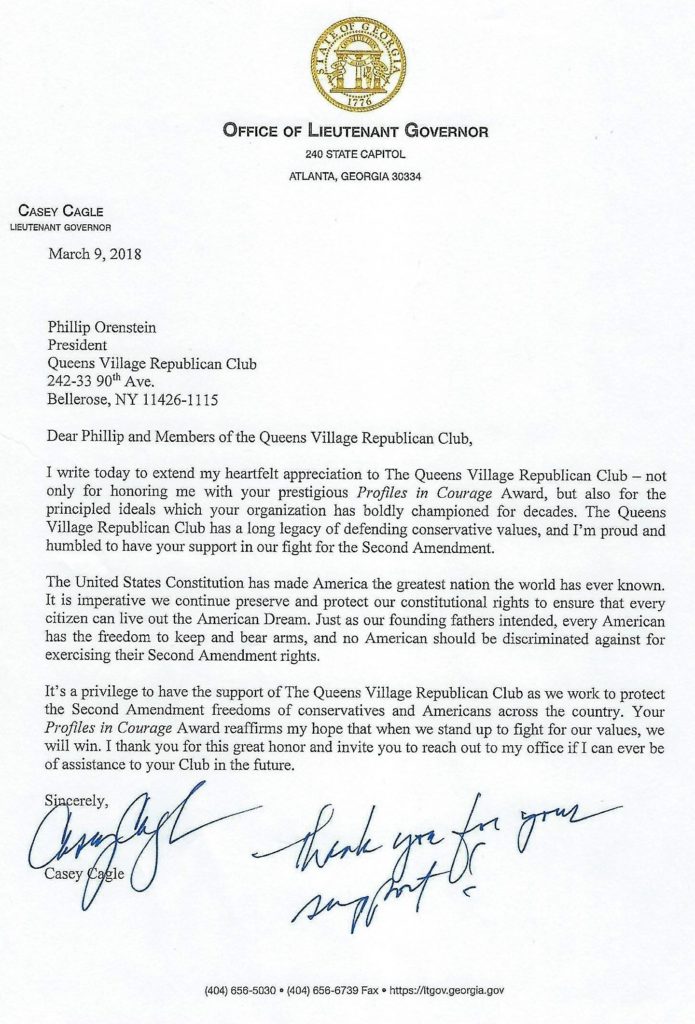 « PreviousVIDEO: STONE COLD TRUTH AT THE LINCOLN DINNER!
Next »Video: David Bressler Declares his Candidacy at the Lincoln Dinner