Video: David Bressler Declares his Candidacy at the Lincoln Dinner

Video: David Bressler Declares his Candidacy at the Lincoln Dinner

David Bressler was the recipient of the Community Leader of the Year Award at the 143rd Anniversary Lincoln Dinner on March 18th. In his acceptance speech he officially declared his candidacy as the Republican running for State Assembly in the 26th Assembly District in Northeastern Queens.

David Bressler is the President of the Board of Managers of the Bay Club, and has been involved with the Board for over a decade. He also has been a Regional Manager for Bimbo Bakeries USA, selling Entenmann’s, Arnold and Thomas brands for 18 years. Many of his friends and supporters from his community were in attendance, to attest to his untiring spirit to work hard, long, selfless hours for others and determination to get the job done. He was inspired to run for political office when his good friend Ira Harris ran for State Assembly in Queens in 2016. He then determined to get elected to be the “Ted Cruz of the NYS Legislature,” and to drain that swamp. “I want to make State Assemblyman Ed Braunstein (D- Bayside, Whitestone) a private citizen,” he said. 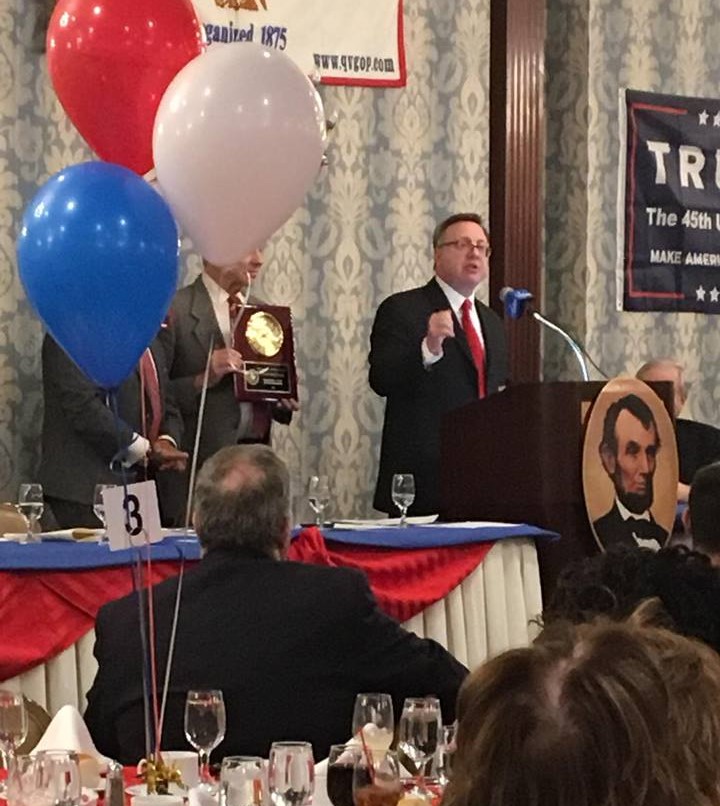 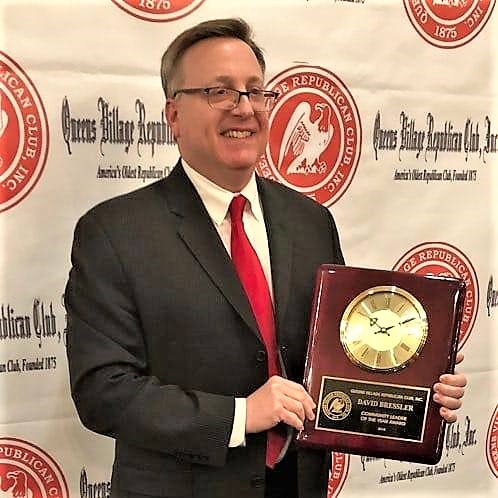 « PreviousLetter of Appreciation to QVGOP Members from Lt. Gov. Cagle of the State of Georgia
Next »Laffey Real Estate