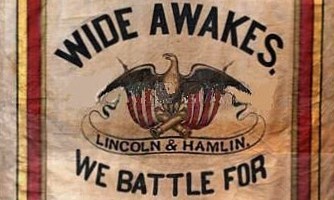 We Need to be “Wide Awake” Republicans

Our club stands out as the beacon of hope and freedom in our divided nation.  (The Lincoln Dinner) is the exciting event of the year where we carry the torch for the Republican Party here in Queens and electrify the nation. Make your reservations today and bring your friends, family and neighbors!

The Queens Village Republican Club maintains the annual tradition of celebrating the life and legacy of Abraham Lincoln, as our upcoming 144th Anniversary Lincoln Dinner approaches with great excitement and anticipation. President Lincoln is known to all as the Great Emancipator and Savior of the Union, for his invincible courage and leadership during the darkest era of our country’s history, the Civil War. There is a great deal to be learned from the foundational days of the Republican Party and our first Republican President as we seek answers to the chaos and turmoil dividing our nation today.

In the era of Lincoln and the founding of the Republican Party on an anti-slavery and free market platform in 1854, the nation was bitterly divided over the issue of slavery. Out of the partisan chaos, numerous Republican clubs and organizations sprung up in support of Lincoln’s presidential campaign. One of the biggest was a revolutionary nationwide movement with hundreds of thousands of young members organized by the Republican Party called the “Wide Awakes,” which later morphed into a paramilitary organization as the Civil War approached.

With torch-light rallies and parades, marching bands and fireworks, the Wide Awakes were very effective in boosting voter turnout, campaigning for Lincoln during his 1860 presidential race. In a Wide Awake march that shook the ground from midtown to the Bowery, 1000’s of young men in gleaming black capes, each holding high a blazing torch, poured through the cobblestone streets of Manhattan and electrified the presidential campaign for Lincoln. Such torch-light processions gave a newfound voice to voters shaken by the partisan divide throughout the country. The Wide Awake movement gave young people a fresh political identity as newborn Republicans spreading the virtuous ideals that free market labor was morally superior to slavery and opposing its’ expansion into new territories, and spreading the watchword, “Free Soil, Free Labor, Free Men.”

As the revolutionary movement exploded throughout the nation, the numbers climbed to half a million, as parades and rallies drew record crowds and boasted over 100,000 spectators in major cities in the North. A Wide Awake generation of active Republicans was born, attracting many youth, and opening the eyes of hundreds of thousands of voters to walk away from the corrupt, immoral and pro-slavery Democrat party.

History is repeating itself in today’s America, especially in Congress over the immigration and border security impasse, and our nation’s bitter division over President Trump and his America First agenda, the astounding successes in his first two years in office, and the ideological divide on the left, the media and Democrat Party with their dogged intolerance and resistance to our President’s every move. This has ultimately driven many Americans to #WalkAway from the Democrat Party.

We see the parallels to our nation’s history in Trump’s presidential campaign rallies drawing record overflowing crowds and packing stadiums from sea to shining sea. Except for ours and other coastal cities of leftwing progressivism, the entire map of America is bright RED. Although the Democrats won the House midterms, as the older generation of establishment Republicans are now retiring, America is by and large a majority country of kindhearted upstanding citizens who salute our Flag, recite our Pledge of Allegiance, cherish our borders and our laws defining who we are as a nation, defend our Constitution, honor and support our Veterans, our Police and U.S. Armed Forces, who love their families, and who support President Trump.

This is indeed the mission and ideals of the Queens Village Republican Club. As our glorious annual Lincoln Dinner approaches, we pause to renew our mission as the defenders and guardians of the Republican Party and its principles.

When Lt. Col. Allen West said that it’s our “duty to carry the torch for the Republican Party and its core principles for the entire nation” as the oldest Republican Club in America, he may very well have been referring to the Wide Awake Republicans of Lincoln’s era, and the need for a great show of force to stand up for our president and our principles that electrifies the nation today.

This great show of force starts with the huge gathering of fellow Republicans, Conservatives and patriotic American friends, at our Lincoln Dinner coming up on March 24th where we aim to fill the grand ballroom at Antun’s, where nearly every New York Governor, New York City Mayor, and President of the United States have been in attendance since the 1950s, and where we long to welcome President Trump to his hometown. Year after year, our magnificent annual dinner party has been the seminal event that has roused the spirits and encouraged many attendees to stand up and become loyal Republicans.

We are proud to announce in addition to our renowned keynote speakers, Cory Lewandowski and David Bossie, Frankie “Five Boroughs” Morano, will be joining us as our illustrious Master of Ceremonies.  Frank Morano is a media professional and longtime activist with an encyclopedic knowledge of local politics and an abundance of New York common sense. He is producer of the popular “Joe Piscopo Show” and hosts his own radio show, “Morano in the Morning” on AM970. We are also thrilled to be honoring some of our local heroes and heroines, who have proved to be shining examples of great patriotism and service to our nation and community.

On March 24th, get ready for an exciting and unique Lincoln Dinner, with some potential great surprises, as our roster of distinguished speakers and honorees is still in formation. Our club stands out as the beacon of hope and freedom in our divided nation.  This is the exciting event of the year where we carry the torch for the Republican Party here in Queens and electrify the nation. Make your reservations today and bring your friends, family and neighbors!

« PreviousCorey Lewandowski: Leading the Fight Against President Trump’s Enemies
Next »Tucker Carlson Charts the Course for the GOP