Students at Brooklyn College praise ISIS at Pamela Geller event, part of a pattern of support for radical Islamists at CUNY

There aren’t many in the US who are inclined to praise ISIS. But the audience for a lecture by Pamela Geller at Brooklyn College on April 22, 2015 proved to be the exception: a crowd of students  – when they weren’t disrupting the lecture – showed enthusiastic support for the terror group, as shown in the photo below and video link.[i]

Students at the event giving the ISIS index finger salute[ii] 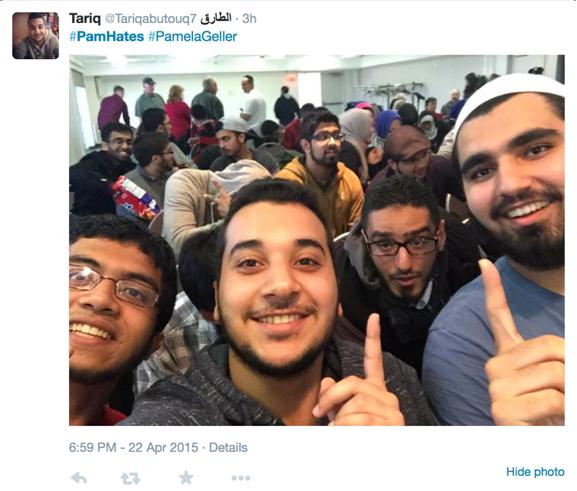 Unfortunately, it is just another example of CUNY’s soft spot for Islamic radicals. Here’s the history.

And with an educational incubator like CUNY’s, it’s not surprising how some students respond:

The world-view of those who teach at a university counts. There is a pattern of support for radical Islamic causes at CUNY.

[iii] http://archive.frontpagemag.com/readArticle.aspx?ARTID=5608 and minutes of the PSC-CUNY Delegate Assembly of 4/25/02

« PreviousMarch for Justice
Next »Candlelight Vigil for National Police Week