“Who is this guy? What is his story”, my wife asked me after she heard John LeBoutillier call the Republicans “ stupid” and the Democrats “ socialists”, while she and I (she for the first time at my request, and me since the show first aired March 2012) were recently watching the Political Insiders, a hit political talk show which runs every Sunday evening on the Fox News Channel, featuring as commentators LeBoutillier, political gurus and pollsters Doug Schoen and Pat Caddell and hosted by Fox News anchor Harris Faulkner.

Actually, I already knew there is quite an interesting story to the life of sixty two year old John LeBoutillier, who in part to fully answer my wife’s questions and in larger part as a regular viewer of the Political Insiders, I interviewed in a diner in west Nassau County last week.

The political part of his story, I was already aware, began in 1980, when Le Boutillier, a magna cum laude graduate of the Harvard University class of 1976 and a recipient of an MBA from the same college’s school of business three years later, was elected to his first term in Congress, representing Long Island’s 6th District.  While through redistricting, the 6th CD was reconfigured 2 years later, leaving LeBoutillier to run and be defeated by  Democrat Robert Mrazek in the heavily Democratic 3rd CD, the outspoken LeBoutllier did not require more than the one term he served to make his name known in Congress.

Soon after assuming office, LeBoutillier, at 27 the youngest member of   the 97th Congress, quickly infuriated Democrats by referring to then former Democrat President Jimmy Carter, just months after the 39th President (1976-1980) left office after being soundly defeated by President Reagan in the 1980 election, as “ a complete bird brain”.  He soon later drew the further wrath of Democrats by sardonically comparing super powerful Speaker of the House Democrat Tip O’Neill to the federal government, saying“ they’re both big and fat and out of control”.

So today, does LeBoutillier, a successful author, often quoted columnist, frequent guest and sometimes host of radio and television talk shows over the past thirty years possess in hindsight any regrets about insulting a former president and mocking the then current speaker of the House of Representatives?  This was precisely the question I asked as the interview began.

I was not surprised when he told me he has no regrets at all.  Starting first with the 39th president, LeBoutillier asserted, “ Jimmy Carter dramatically weakened America militarily, diplomatically and economically. So he was in fact a complete bird brain.”  A harsh critic of the Obama Presidency, Le Boutillier added, “ I do though have to clarify one point on Carter. I’ve been saying for the past 30 years that he would go down in history as America’s worst president. But after 7 years of the disastrous Obama presidency, Carter is now, in my opinion, only our second worst president.”

LeBoutillier also stood by his remarks about Tip O’Neill. However he did make one modification: “ I shouldn’t haven’t criticized his appearance by calling him fat.  But regardless of the language I used the fact remains the same: Tip O’ Neil recklessly and arrogantly used the power of his high office to push through Congress numerous multi-million dollar programs that increased the national debt enormously, while proving worthless to ordinary hard-working Americans. And the American taxpayer is still paying for his wasteful programs.”

As biting as his comments on those two Democratic giants were, there was no one in Washington at the time who could fairly accuse LeBoutillier of practicing partisanship in the selection of his targets. During the same general period of time, he called then 3 term United States Senator from Illinois Republican Charles Percy, “ a living disaster with almost no redeeming qualities” and dismissed Alexander Haig, a life long Republican and retired four star Army General who had served in high-level positions in the Nixon and Ford Administrations and was then serving as secretary of state in the Reagan Administration, as a “ second- class politician”.

LeBoutillier told me that he has the same number of regrets about putting down Republicans, as he did about berating Democrats: None.“ My mother taught me from childhood on of the importance of telling the truth, and the moment she learned I had been elected to Congress she reminded me of my obligation to put truth above all political considerations.  So I have no regrets about telling the truth about members of my own party”, he said.

“ Percy was an original RINO {Republican In Name Only}”, contended Le Boutillier. “ He called himself a Republican but fought against his own party and formed alliances with Democrats against Republicans on many of the important issues of the day…. As for Haig, he was a fine general and true patriot but through his careless pubic statements regarding the policies and workings of the Nixon, Ford and later Reagan Administrations, at times, he caused them a good deal of political harm”.

Yet even with those series of controversial bi- partisan put downs, Le Boutillier still drew the greatest attention during his term in office when he shifted his observations from domestic politics to foreign policy and described then PLO President Yassar Arafat as, “ the reincarnation of Adolf Hitler”.  This might to reasonable people have seemed an appropriate depiction of Arafat, who for 25 years had been murdering hundreds of Israeli men, women and children in terrorist attacks. Yet, LeBoutillier’s  remarks were harshly rebuked by many prominent figures on both the political left and the diplomatic community, who somehow viewed Arafat as a legitimate national leader and as a potential force for peace in the middle- east.

LeBoutillier told me that he was sickened at the time by the ignorance of his critics, and, to this day, remains proud of comparing Yassar Arafat to Adolph Hitler:  “ Hitler murdered six million Jews living in Europe. Arafat’s goal, unstated to the West but preached to all of his terrorist followers, was to murder every one of the six million Jews living in the Jewish State of Israel.  So why was my statement identifying the Hitler like evil of this bloodthirsty terrorist so hard to comprehend for these leftists who consider themselves so moral and so intelligent?”

LeBoutillier sees similar miscalculations being made by similar people today.“ We have a president, many Democrats and virtually all of the leftist elite who are unable to understand that the goal of the Muslim Jihadist is to murder every Christian, Jew, Hindu, and whomever else they consider to be a non-believer, which includes many fellow-Muslims”, he asserted. “  And, yet, the President of the United States as well as the entire left is unable to even use the term “ Islamic Terrorism”. 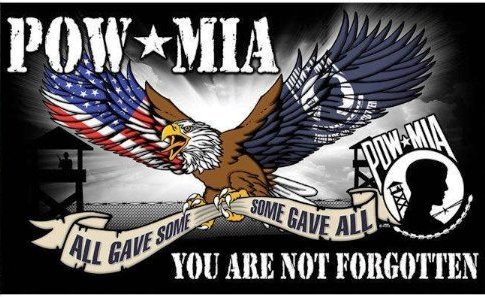 LeBoutillier noted, though, that while he believes that Mr. Obama has been a terrible president, on one specific issue of crucial importance to him- American POWs and MIAs from the War in Vietnam – he has been critical of every President going back to President Nixon, who, he asserted, left undone a possible deal with the government of North Vietnam that might have brought our captured soldiers home.

LeBoutillier explained that he first reached this conclusion after studying old classified intelligence reports to which he had access as a member of the Foreign Affairs Committee during his term in Congress. “ When the Paris Peace Accords {an agreement ending America’s direct military involvement and temporarily halting the fighting between North and South Vietnam} were signed on January 27th 1973, the Nixon Administration { 1968-1974}  already knew there was a minimum of 600 POWs held in South East Asia by the Vietnamese Government”, LeBoutillier stated.  “ In a letter dated February 1, President Nixon sent a message to the prime minister of Vietnam.  In it, Nixon offered 4.75 billion dollars for the return of our POWs.   But because of the problems he was having surrounding Watergate, Nixon was unable to complete the deal.  And the POWs were left to rot in prison camps. And they remain imprisoned there to this day.”

LeBoutillier added that, in addition, he learned as a member of the Foreign Affairs Committee that Presidents Ford (1974-1976) and Carter (1976- 1980) failed during their respective presidencies to take any action to free our imprisoned service men. Still the president who disappointed him most was the president he respected the most- Ronald Reagan:  “ We were both elected {to their respective offices} in November 1980 and assumed office in January 1981…. In my mind he was a great president concerning every issue- except the POWs and MIAs…. In 1982, he gave a speech pledging that securing the freedom of our POWs and MIAs would be a priority of his presidency. Yet despite that pledge, the Reagan Administration {1980- 1988} took no known concrete action to free them.”

Soon after leaving congress, LeBoutillier founded the “ Sky Hook 2 Project”, a primarily volunteer staffed, non- governmental organization that has attempted over the past thirty three years to present the tragic plight of our forgotten heroes of the Vietnam war to federal legislators on both sides of the aisle and to both Republican and Democratic Presidential Administrations.  But to his dismay, he found he was talking to deaf ears.

“ We were in contact with the George H. W. Bush  {1988- 1992} and the Bill  Clinton Administrations {1992- 2,000}. We have been in consistent contact with members of both parties of every Congress from the 98th on to the present {114th Congress}. But nothing ever has come of it. Not one of our heroes has been freed. It is a national disgrace”, he lamented.

LeBoutillier, who over the past three decades has made frequent visits to Laos and Vietnam in what has proven to be futile efforts to convince their leaders to free our imprisoned soldiers, estimated that there are 300 POWs thought to be alive today.

“ I am bitter, frustrated and in a continual state of disbelief that 8 separate   presidents have left our heroes rotting in jail and dying as prisoners in a foreign nation”, he stated.  “ But I pray that our next president will, unlike his or her predecessors, take the actions required to have these heroes who have suffered for so many long awful years be freed and finally returned to the country for which they so bravely fought more than forty years ago.”

Let’s all us join LeBoutlillier in that prayer.

Robert Golomb is a nationally and internationally published columnist.  Email him at MrBob347@aol.com and follow him on Twitter@RobertGolomb

« PreviousTwo More of NYPD’s Finest Shot
Next »India and America: Like Democracies, Unlike Protest Movements