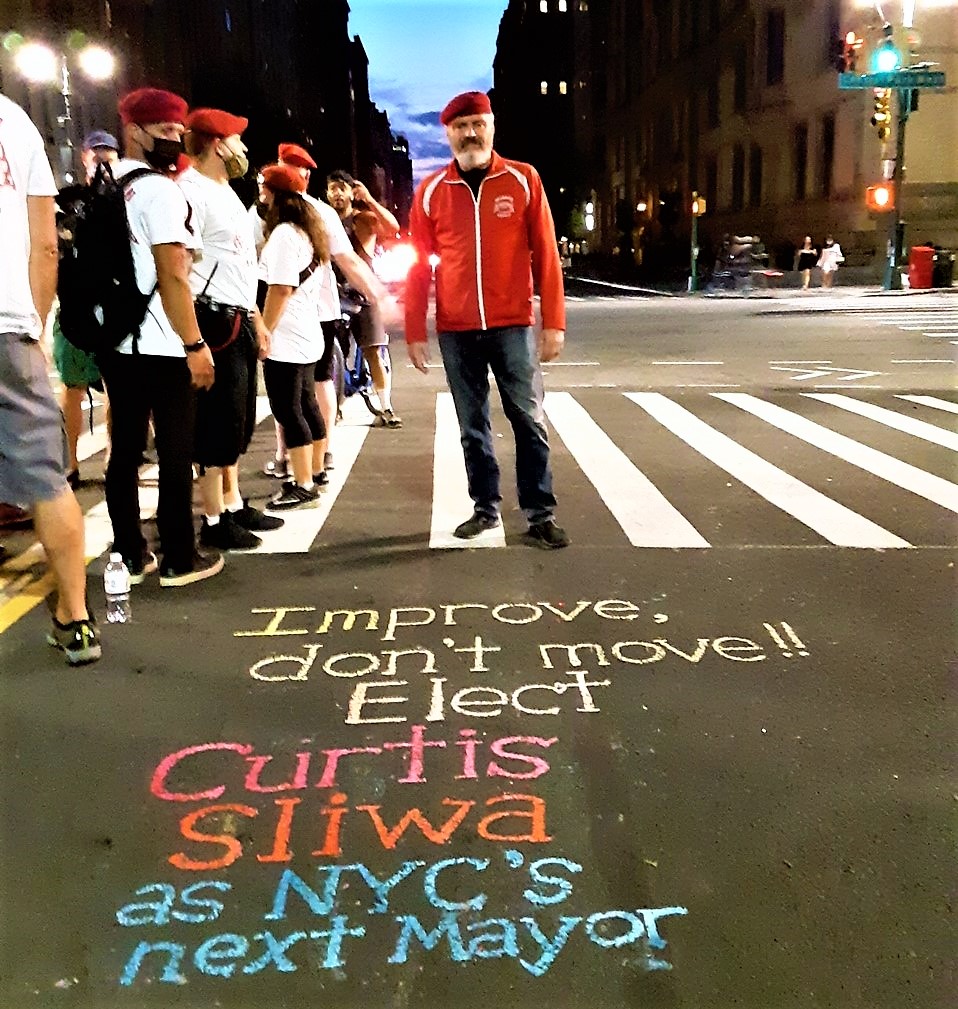 This Photo hits on a Key Theme of my Mayoral Campaign.  IMPROVE DON’T MOVE. If Govt. abandons

their responsibility to provide Public Safety to all than the residents are left on their own. This picture

Apartment building. It was there that Mark David Chapman shot and killed John Lennon on Dec. 8th of

cops assigned to the trains at nite. The city was in a tail spin. Violent Crime was exploding everywhere.

There were not enough cops. In 1980 the Gay Community asked us to patrol the Rambles section of Central

Park where Gay Men were being attacked, assaulted and robbed. There were not enough cops to patrol.

We filled the void. We said then that Our City would have to do more with less. We preached and

practiced SELF-HELP. That is the position that we are in once again in 2020.

When the MOB screams out “Whose Streets ? Our Streets!” we say “We want SAFE STREETS for

everyone because the streets belong to ALL OF US”. As we  patrol the UWS I will take this Mayoral

Campaign to the Streets where No Republican has ever gone before.

Listen at www.wabcradio.com or 770am