Video: The Growing VA Scandal and its Implications 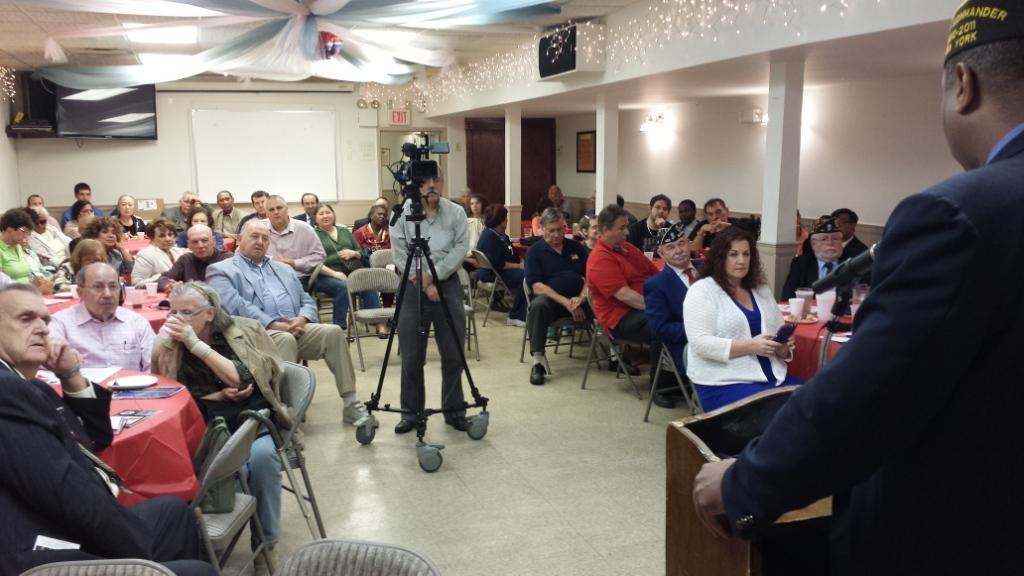 Three distinguished speakers from the veterans community addressed the VA scandal and its sweeping implications at our General Club Meeting Thursday June 5, 2014 at our new meeting hall, the Knights of Columbus, St Anne’s Council in Glen Oaks, Queens. The Dept. of Veterans Affairs operates the nation’s health care system for our Veterans with over 1700 hospitals, clinics and other facilities. Now news reports of gross mismanagement, corruption, and abuses are coming to light as whistleblowers coming forward are exposing the veterans we left behind to die waiting on fraudulent lists. Our country has not lived up to its obligation to all our veterans to provide the care they deserve. The videos below recorded our three speaker’s testimonies of the horrific scandal and what can be done about it.

The first speaker, Marvin R. Jeffcoat is the Past County Commander of Queens County VFW. He enlisted in the United States Army in August 1984 and retired from active duty as a Sergeant First Class in 2004 during which time he served in the Persian Gulf in combat operations during Operation Desert Storm. He is an honored veteran in the New York State Senate Veterans’ Hall of Fame and a member of the Sunnyside GOP Club. He is currently employed by the New York City Department of Health and Mental Hygiene as a Facility Manager.

Our final speaker, Frank Weldon is the Commander Queens County American Legion. He also has a longstanding record of service as the Queens County Commander and State Chairman of the Americanism Committee in the Disabled American Veterans or DAV, the most long-lasting veterans advocacy and assistance group in this country. He also helped out the operations of the Little Neck Douglaston Memorial Day Parade Committee.

Click here for more detailed biographical information on our speakers.