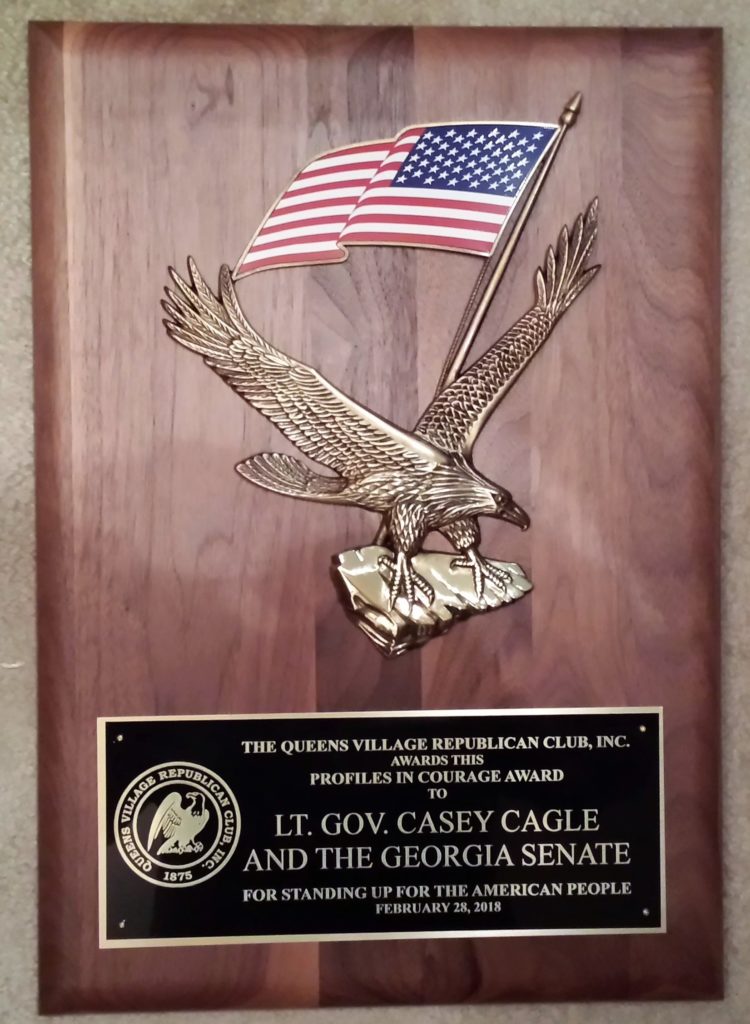 The Queens Village Republican Club sent a beautiful commemorative plaque to Lt. Governor Casey Cagle and the Senate of the State of Georgia for their action in blocking the sales tax exemption proposed to be offered to Delta Airlines. The Atlanta-based airline is ending their discount program for members of the National Rifle Association.

This “Profiles in Courage Award” is being presented to thank and congratulate Lt. Gov. Cagle and his colleagues in the Georgia Senate, “for standing up for the American people,” as stated on the plaque.

The Queens Village Republican Club is a major GOP club founded in 1875 and located in New York City’s Borough of Queens. It is America’s oldest Republican club, and its members valiantly fight to preserve our constitutional rights and privileges including that which is embedded in the Second Amendment. The club was heartened to see Lt. Gov. Cagle and the Georgia Senate join in the fight. Their action not only defends the rights of Georgians to bear arms, but by being such a high-profile act, gives strength and encouragement to those fighting this battle all across America. 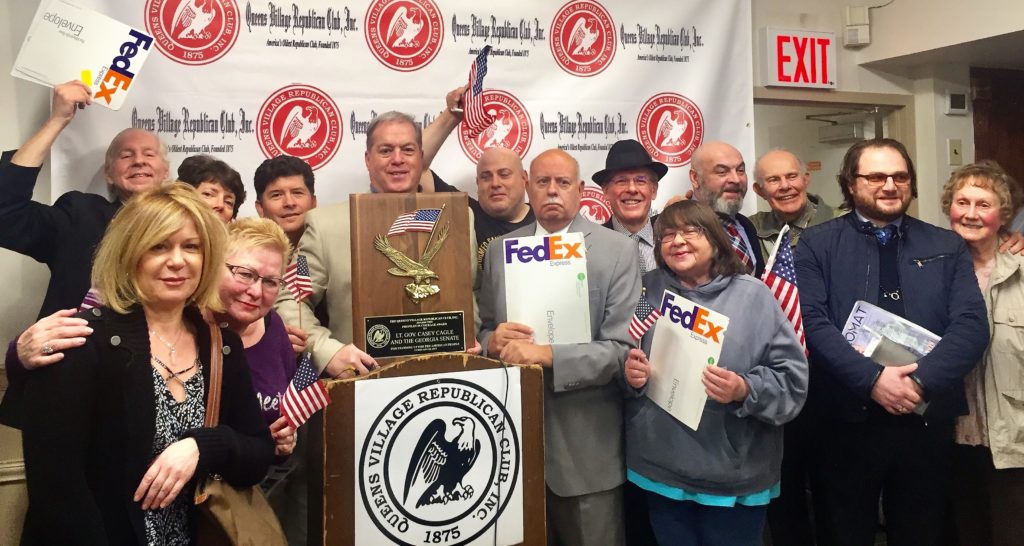