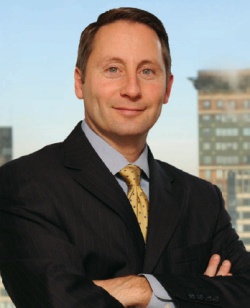 “ Four more years” hundreds of cheering supporters of Westchester County Executive Republican Robert Astorino chanted at his White Plains campaign headquarters as the polls closed election night this past November.  By 10:30, less than two hours later, Astorino’s challenger, New Rochelle Mayor Democrat Noam Bramson, conceded defeat, and Astorino’s still growing crowd of enthusiastic supporters realized that the 46 year old incumbent’s reelection to his second four year term had been secured (by what the final count the following day proved to be a 56%to 44% landslide).  But within days after the election, a significant number of both Democrat and Republican Party insiders and a host of NYS political journalists began to speculate that the next campaign for Astorino might occur not in 4 more years- in a race for a third term for county executive- but rather take place next year- in a race against one term incumbent Democrat Andrew Cuomo- for Governor of New York State.

That speculation has continued to grow since November, even as Democrats and Republicans offer opposite takes on what as of this writing still remains a hypothetical Astorino vs. Cuomo contest would look like. The general talking points offered to the media by NYS Democrat Party officials is that Astorino, despite his strong showing this past November, would in such a contest go down to defeat in an embarrassing blow out.  Pointing to a poll taken in mid November by the highly respected Siena Research Institute which reported that Cuomo enjoyed a 39 point lead in a prospective race against Astorino and contending that the socially conservative Astorino’s pro-life position would alienate the moderate Democrats and independent voters he would need to win in overwhelming numbers to have even a remote possibility of winning in a state in which Democrats outnumber Republicans in registration by 16 points, many of these Democrat partisans argue that Astorino would have virtually no chance of making Cuomo a one term governor.

Republicans, view such a race differently, as would be expected. Republican State Chairperson Ed Cox has expressed enthusiasm about an Astorino candidacy. And reliable   sources within the Republican Party have told me that many state Republican office holders and party officials, while not wanting to offend Donald Trump who has said he might be interested in seeking the Republican nomination for Governor, will immediately jump on the Astorino bandwagon if and once the Westchester County Executive declares his candidacy, and, as is widely expected, Donald Trump announces he has made the decision not to run.  These same sources informed me that while most Republicans view an Astorino bid as an uphill battle, they see signs that could portend to Astorino pulling off a major upset, if he does, as most expect him to do, make the decision to enter the race.

One sign, I’ve been told, centers around his November victory over Bransom. In beating a Democrat by 12 points in a county in which Democrats out number Republicans in registration by 2-1, Astorino demonstrated his ability to run well with Democrat moderates and Independents- which puts into question Democrat officials’ predictions earlier noted that social conservative Astorino would be unable to win the support of these two crucial voting groups in a race against the Governor.

Another sign is Governor Cuomo’s falling job approval rating. While Cuomo still holds that two and a half to one lead over Astorino, his job approval ratings have been on the decline this past year.  A recent Sienna College poll found that 50% of NYS voters rated the Governor’s job performance as fair or poor, while only 49% gave him the mark of excellent or good- a precipitous drop from the 74% job approval he enjoyed only a year ago. The guarded optimism coming from prominent Republicans, my sources tell me, is based upon their hope that Astorino, who has little name recognition in the state outside of Westchester County, will be able to take advantage of the Governor’s sagging popularity – once he becomes the official Republican nominee and consequently becomes better known throughout the state.

Yet, despite all the conjecture that surrounds his possible candidacy, Astorino, the married father of three young children, has over the past two months consistently told the media that he will not make his final decision about entering the race until sometime in February. Astorino has also consistently stated to the media that the two factors that will affect that final decision involve how he believes entering the race would affect his family, and whether he could raise the necessary funds to run against Cuomo, who has been reported to already have over 25 million dollars sitting in his reelection campaign war chest.

Thus when I interviewed Astorino in his office this past Friday I began by asking him the following two – part question- “ How are you currently going about determining whether running for governor would be the right thing to do for your family? And how are you going about the process of calculating whether you will be able to raise sufficient funds to run a viable campaign?’’

Appearing very much at ease as he sat comfortably on a black hardback chair, Astorino described the personal and political considerations that will weigh into his final decision.  “ My family comes first in every decision I make. I can say that Sheila {his wife} is supportive of the idea….  And she and I have spoken with {New Jersey] Governor Christie and his wife, who have young children…. The advice they gave was encouraging.  But when young children are involved, decisions are never easy.”

But, unlike family decisions, Astornino views the issue of campaign financing to be cut and dry.  “ 12 million dollars is the minimum amount required to run a strong campaign.  I have been talking with people throughout the state, and I am beginning to believe that through the contributions of traditional Republican contributors…  and most importantly, through the small contributions of many ordinary citizens- Republicans, Democrats and Independents alike- that 12 million dollar mark can be reached.”

Astorino, who has had a 15 year on and off career in radio, including holding the positions of show host, executive producer and senior producer and is seen as being extremely media savvy, told me that in a race against Cuomo he would try to utilize the communication skills he believes he has developed during his career in radio to articulate to voters the contrast between the Governor’s and his own records in their respective chief executive positions.

“ I believe I would have the ability as a candidate {for governor} to be able to be able to differentiate my record with that of the Governor’s,” he said.  “ Beginning the day I was sworn into office four years ago my administration’s primary focus has been to achieve what we call the 3 P’s, which are [1] Protect taxpayers, which we have done by cutting the tax levy 2 percent over the last four years, more than any other county in the entire state….  {2} Preserve essential services  which we have accomplished…. By cutting wasteful spending we have been able to maintain our safety net for our most needy residents…. {3} And Promote economic growth…. by creating a stabilized tax climate for business { there has been}  the creation of 30,000 new private sector job and an unemployment rate that has dropped to 5.5%.

“ I would contrast that record of our accomplishments in Westchester County with the Governor’s record of failure in the state…. The unemployment rate {in NYS} hovers around 8 percent, higher than even the dismal national unemployment rate….New Yorkers pay the highest taxes in the entire nation. And not coincidentally the NYS business climate has been rated as the worst in America.”

In addition to contrasting their records, Astorino, whose resume also includes 3 four year terms as city councilman in the town of Mount Pleasant (1991- 2003) and one term on as legislator as a lawmaker on Westchester County Board of Legislators (2003 -2005 ), added that he will try to make the case to the electorate that the policies he would enact if elected Governor would be better for the state than those of the incumbent. Beyond elaborating upon how his tax policies, which he claimed would help the middle class, spur business growth and add thousands of new jobs, differs from that of the Governor’s, Astorino explained how his position on fracking for natural gas is the exact opposite of Cuomo’s.  “ The Governor has been coming up with excuse after excuse as to why he has been preventing natural gas exploration …. More than 30 states are currently hydro fracking for natural gas and the results have been the creation thousands of energy sector job, cheaper energy costs with absolutely no damage to the environment.  Even President Obama has endorsed hydro-fracking…. Starting hydro- fracking in gas abundant upstate NYS, which would lower energy costs and create thousands of jobs, is one of the first things I would do.”

Asked if there was anything that the Governor has done in office with which he approves, Astorino came up with just one: “ Moving ahead with the new Tappan Zee Bridge”.

Further than the seismic change in how the state would be run with the enactment of his conservative policies, an Astorino victory, it has been widely written, would turn the national political world upside down, putting an abrupt end to the presidential ambitions Cuomo is said to harbor and instantly placing the political David killing Goliath name Robert Astorino on the list of serious contenders for the Republican Presidential nomination in 2016 or beyond. Astorino claimed that he pays no attention to such a hypothetical.

“ I give absolutely no thought to talk about a presidential run’’, he contended. “It is not  even  remotely in my thought process.”

It is, however, already apparently in the thought process of more than a few folks in the media.