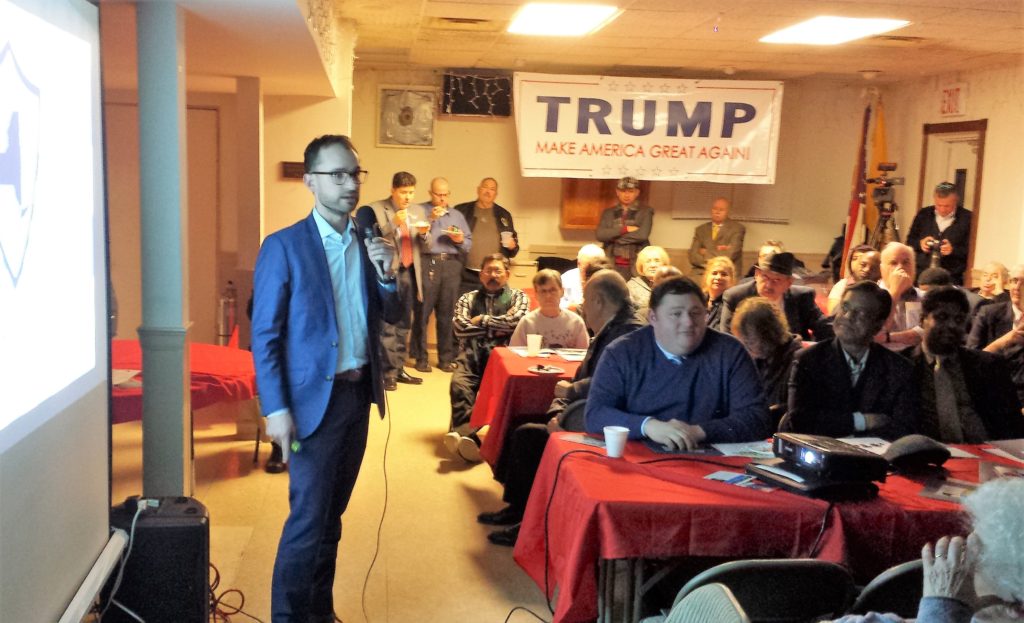 Brandon Muir, Executive Director of the Reclaim New York Center for Government Reform and Accountability was the featured speaker at our March 2nd General Club Meeting. He spoke about Mayor Bill de Blasio’s latest budget proposal – at $84.6 billion dollars – which is nearly 25% higher than Mayor Bloomberg’s last effort. The bottom line for New Yorkers, our taxes will make up the difference. To fully understand how these budgets impact you and your family, he spoke about the financial obligations these spending promises carry, along with an outlook for governance across New York over the next two years.

Reclaim New York is a non-partisan, 501c3 non-profit organization that educates New Yorkers on issues like affordability, transparency, and education; empowering citizens to engage their state and local government.

« PreviousAssemblywoman Nicole Malliotakis to be Honored at Lincoln Dinner as Republican Woman of the Year for Women’s History Month
Next »The Greatest Dinner Event Ever!