“As the oldest Republican Club in America, it is your duty to carry the torch for the Republican Party and its core principles for the whole nation.” – Lt Col. Allen West

What’s a Republican to do, now that the only news stories that matter today are the Trump-Russia collusion investigation, Mueller’s subpoenas, obstruction of justice claims, Republicans’ war on women and immigrants, the daily barrage of sexual predators, and doom for the Republican Party after Moore’s defeat. The Democrats say they stand on the moral high ground, and Trump and his supporters are the bad guys. In fact, in the run up to the Special Election in Alabama, the devious Democrats quickly threw some of their own predators under the bus, namely Senator Franken and John Conyers, in order to claim the moral high ground. This cunning scheme was carried out to pave the way for Moore’s defeat, and to ultimately go after Trump.  Since the Democrats have failed to get Trump impeached over Russia-gate or anything else, they are talking about bad news for Republicans in the 2018 midterms. So, what’s a Republican to do in this vile political climate?

The answer is to stick with “nothing but the truth.” A passage of scripture reads: “… you will know the truth, and the truth will set you free.”

Rabbi Menashe Bovit was the featured speaker at our Christmas/Chanukah Party and he spoke about hope and rededication, extolling President Trump for his proclamation that Jerusalem is the capital of Israel. This is a phenomenal moment in the history of our civilization. According to the Bible, Jerusalem has been the capital of Israel for 3000 years. Jerusalem is mentioned 669 times in the Bible, but not even once in the Koran. Samson in the Book of Judges, is the legendary savior of the Israelites, the ancient ancestors of the Jewish people. Just as God appointed Samson to save the Israelites, so has he chosen Trump, the perfect leader for our generation in America. President Trump has answered the call, and is speaking the truth, in order to save America from losing the way.

The story is that the biblical hero Samson was a man of herculean strength, but also a flawed human being, hardly the ideal model of a savior. He got his strength from his hair, but faltered due to his weakness for women. He was called upon by God to fight the Philistines, the enemy of the Israelites, but he did it in his own unorthodox manner, and was victorious in the end.  To save themselves from the wrath of the Philistines, the “men of Judah,” likely predecessors of today’s conservative anti-Trumpers and establishment Republicans, delivered Samson to the enemy in return for peace. But Samson singlehandedly slaughtered 1000 Philistines in all his might and glory. He was ultimately betrayed by his Philistine lover, Delilah, who cut his hair, and his strength dissipated temporarily, until he brought down the pillars of the temple to collapse upon the great assembly of Philistines, saving the Israelites.

We can see parallels between the story of Samson and our President today. Our modern-day Samson is protecting America, speaking the truth about radical Islamic terrorism, building our military, standing up for law enforcement, US Armed Forces, and our veterans, protecting our borders, the free market, and putting America first. He has borne the brunt of never-ending attacks by the devious Democrats, the media, and the establishment Republicans, just as Samson suffered the wrath of the Philistines and the “men of Judah.” 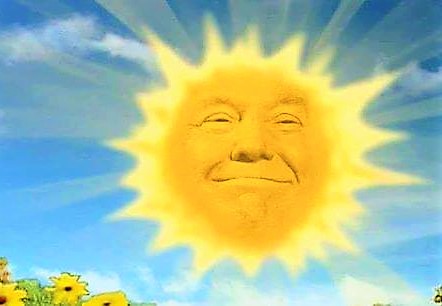 Instead of attacking Pres Trump, they should all be celebrating the great news of Jerusalem and the incredible roaring economic comeback. He may be unorthodox in the way he manages affairs of state, but he damn well gets the job done.

Last week a local newspaper printed the editorial “It Was the Worst of Times” smearing President Trump and the GOP. I wrote a letter in response, that it’s “the Best of Times,” rejoicing in the Jerusalem announcement and the extraordinary economic news that keeps breaking records, which is all outlined in the first Tid Bit on page 2 of this newsletter. I ended saying that America is on the road to becoming great again with our President Trump.

Another great American hero, Lt Col. Allen West, former Congressman from South Florida, was the keynote speaker at a past Lincoln Dinner. He charged us with our glorious mission: “As the oldest Republican Club in America, it is your duty to carry the torch for the Republican Party and its core principles for the whole nation.”

We have embraced this mission and we’re standing up for the truth. The New Year is going to ring in a new golden era for America and for the Republican Party, and the theme of our upcoming Anniversary Lincoln Dinner is exactly that!

Join our club if you’re not already a member, get involved, embrace our mission, and we will ultimately triumph and save our city, state, and nation. We have to take the lead and spread the word of truth! To make this happen, we are planning to publish the “Queens Patriot,” our own newspaper. The local newspaper I sent my letter to never published it. Instead we can write for the Patriot and have our voices heard.

We are also planning to host our glorious Anniversary Lincoln Dinner on March 18, 2018. We are forming committees, we’re lining up great speakers, honorees, and great American heroes from our community, we’re selling tickets, we’re asking for ads for our celebrated dinner Journal, and we’re taking corporate sponsorships for those who are looking for a great new market of Conservative and Republican patriots who are on the move to make New York and America great again! Get involved, get active, and stand up together with us to defend the truth!

« PreviousWhat Kind of NYC Do You Want?
Next »Special Announcement from Harry Wilson on his Candidacy for Governor