Special Announcement from Harry Wilson on his Candidacy for Governor

Special Announcement from Harry Wilson on his Candidacy for Governor 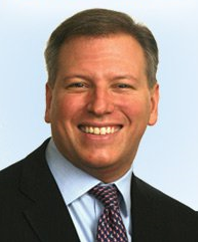 Friends – as many of you know, I have been exploring a potential run for Governor of New York for the last several months. I had said I would make a decision by this week, and I have: I will not be a candidate for Governor in 2018.

This has been a very difficult decision to make, and I am incredibly grateful for the enormous support and encouragement I have received from so many of you throughout my exploration. Because it has been both difficult and complicated, and because I feel you all deserve a fulsome explanation, I have drafted this long note so I can explain my thinking.

You may be asking: why did it take so long for me to decide? I have had to make a lot of tough choices over the course of my life, but none tougher than this. Why? Because I have been wrestling with two incredibly powerful but, ultimately, competing forces – a deep desire to serve and make NY State a much better place, and a deep commitment to my family, along with my view that it is very difficult to do both as well as I want to, at the same time.

First, I believe the skill set I have used to fix and improve so many troubled companies is exactly what we need in New York State. Working with a new team in the executive branch and with the legislature, I believe we could dramatically restructure and improve state government, providing much higher quality services at a much lower cost – just as 49 other states already do! Just as this skill set has helped me save hundreds of thousands of jobs and dozens of companies, I feel it could make New York State a much better place to live and work, especially for middle class and working class New Yorkers.

What would this better New York look like? I believe we could cut tens of billions in government spending, reduce taxes dramatically, eliminate hundreds of counterproductive regulations and thus transform a state with the worst tax and business climate in the nation into a jobs magnet. And, though increasing jobs and incomes are the area I spend the most time discussing, I feel those same skills could make big improvements elsewhere as well: in an MTA that has been pillaged by massive underinvestment, stranding tens of thousands of hard-working New Yorkers on a regular basis; in working collaboratively with teachers to improve our underperforming public schools and prepare our kids for the economy of their future; in a public health system that ranks near the bottom in quality throughout the US; in reinvigorating and inspiring a state workforce that has been unfairly mistreated, ignored and bullied; in rooting out unconscionably poor treatment of New Yorkers with developmental disabilities under state care or state-funded care; and in so many other areas in which the current governor has objectively failed.

Of course, to be in a position to carry out this agenda, I would have to wage a winning campaign. I recognize that would be hard, both given the state’s voter registration rolls and the current political climate, but I have thought and continue to think there is a path to victory. Our current governor, despite having universal name recognition and a massive war chest procured in large part from special interests seeking to do business with the state, has virtually zero grassroots support (as evidenced by his lack of small donors) and has inch-deep popular support. Why? Because there is no evidence that he truly cares about everyday New Yorkers, or that he will do the hard work necessary to help us. He is a master of flashy announcements and grandiose claims, but he is woefully short on successful efforts to improve day-to-day life for the vast majority of New Yorkers. Rather than recognize this shortcoming and fix it, his public statements focus on demonizing opponents across the political spectrum, abdicating responsibility for his mistakes and distorting the truth. Based on thousands of conversations with folks across the state and across the political spectrum, I believe that act has worn very thin, and well-intentioned New Yorkers on the left, in the center and on the right would embrace a better alternative.

But here is my fundamental problem: doing everything necessary to wage that difficult campaign would be a 24/7 endeavor through Election Day. I am already beyond the point at which I had thought I would begin a campaign, further complicating the task. And, if I won, the sprint would continue for many more months: restaffing an entire Executive Branch between Election Day and the inauguration; restructuring the budget for the first several months of 2019; fighting with special interests on both sides of the aisle to drive the change necessary, etc. In short, I would be largely absent from my family for not just the campaign, but certainly the first year in office, and likely substantially beyond that, in order to do what is necessary to fix our state.

It is not the extremely hard work necessary to succeed that troubles me; I have routinely worked 18 to 20 hour days since high school, and I continue to do so, which has been a major driver of my professional success. But I made a decision nearly a decade ago to structure my work around my family commitments, flexibility that works within my own firm but is not possible during the campaign or while in public office. I realize how fortunate I am to have been able to do that. It has allowed my wife, Eva, and I to build a fantastic partnership in raising our four daughters. While Eva bears the primary load, we parent together in every respect. While quality time is important, we believe that quantity time is absolutely necessary, too. Because of that quantity time, I have been able to make virtually every school event, basketball, soccer, lacrosse or volleyball game, track or swim meet since my kids were little. With 4 active and athletic daughters, that’s a lot! I have dinner with my wife and kids 5 or 6 nights a week. And I spend real time with each of them, virtually every day. This is a level of family time and commitment that would not be possible at any point during the campaign, in my first year in office and perhaps not at all throughout my time as governor.

Our daughters are at a critical stage. We have two girls in high school, one in middle school about to become a teenager and one in elementary school. The reality is a successful campaign would mean I would miss 100% of our oldest daughter’s remaining time at home, and the majority of my second daughter’s remaining time at home. That time is irreplaceable. I see it in my daughters’ eyes when we spend time together, and I know it because many of my fondest memories of my own father (who passed away a few years ago) took place during this time, before I went off to college and inevitably spent much less time at home. I do not want to miss that time and not be a great father to my daughters, just as my own dad was to me.

Eva and I have spent an enormous amount of time thinking and discussing whether we can create some compromise where I can do as good a job as governor as I would want to and as the state deserves, while also continuing to spend as much time as I want to and need to with Eva and the girls. Sadly, we could not come up with a workable solution. Inevitably, one or both would suffer, and, as much as I would like to do both, I have to be honest with myself, and with you, that, at this point in my life, I cannot.

Perhaps it will be easier in the future. Four years from now, two of our daughters will have gone off to college; in eight years, all will have. Perhaps new challenges will arise and it will be even harder down the road, as none of us can predict the future. And perhaps I won’t have the opportunity to be the nominee. I have had to weigh all of those considerations and make my peace with them. I do know that, faced with the difficult choice of being a great governor and inadequate father, or a good father who doesn’t run for office now but gives back and helps people in other, less invasive and time-intensive ways (like I do in our restructuring work and Eva and I do in our philanthropic work), at this time, I have to choose the latter.

I will continue to be active, on policy and political issues. I haven’t had the time yet to consider how to best do this in the coming years, but I absolutely intend to continue to support and press for policies and candidates which I think will make New York State a much better place to live and work. Please stay tuned on that front!

In closing, I want to make clear that I remain humbled by the incredible support I have received from so many friends, old and new; saddened by the heartbreaking stories about the challenges of living in New York that I have heard from so many; deeply apologetic to those whom I am disappointing by this decision; and, candidly, guilt-ridden about a choice that, at some level, feels selfish even though I believe it is right. That is why it has taken me so long to make this decision; I have been highly reluctant to rule out running because I very much would like to run and do everything I can to make New York a much better place. I just don’t know how to do that now and be the father and husband that I want and need to be at the same time.

Thank you all for reading; thank you for hopefully understanding; and God bless you all.

« PreviousPresident’s Message for January 2018
Next »Why Republican, Why Now?