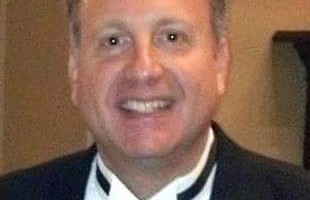 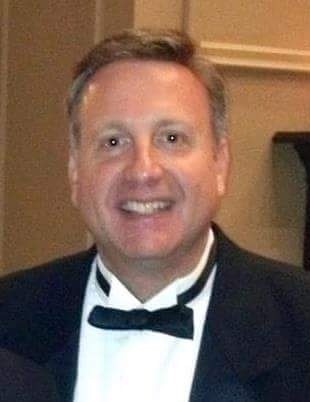 I want to thank the Queens Village Republican Club Board Members for the honor they are about to bestow upon me, being named Community Leader of the Year at the 143rd Anniversary Lincoln Dinner. My parents always encouraged me to give back to the community.

I have been a Board Member at the Bay Club for nine years. I am currently the Board President, and I am proud of the work I have accomplished and excited about the work we have planned going forward. The two buildings at the Bay Club have a total of 1037 units, and approximately 2400 residents. It is a gated and unique community as it offers several amenities such as an indoor garage, security, health club, restaurant etc. As a Board Member you have vast responsibilities that require good leadership and decision making.

I have been a Regional Manager at Bimbo Bakeries USA for eighteen years. This multi-billion dollar corporation sells household brands such as Entenmann’s, Thomas Muffins, and Arnold Bread. At the Bay Club, and in my profession, you need to establish a budget and at year’s end, balance that budget. You need to implement and have oversight on all expenditures whether they are operating expenses or capital projects. It should be the same when managing our local, state and federal governments. Unfortunately, many politicians do not adhere to these principles.

As a matter of fact, time and time again, our politicians spend recklessly, causing huge deficits which result in tax increases that puts a burden on the people. We have just recently heard good news on the federal government’s tax reform led by President Trump. We have seen wage increases and bonuses from several companies due to this tax reduction. We need our state and city elected officials to follow suit. We have a mayor who wants to charge us for garbage collection, and who is burdening us with a property tax levy that has risen 37% under his administration. We need to replace the politicians and the way we go about managing our government. The people entrusted those they elected to be the caretakers of the finances of their government. In Albany, it seems like we elect just takers.

We need candidates with good business acumen who will be bold enough to make the difficult decisions. They need to challenge the bad labor and maintenance contracts, and bureaucratic waste. I am sure that candidates with good financial backgrounds would discover millions of dollars of government waste, and those wasted monies could be allocated towards much needed infrastructure which could lead to reducing taxes. These are some of the reasons I am seriously considering running for NYS Assemblyman for District 26 (Bayside, Douglaston, Little Neck, Whitestone, and parts of Flushing).

We need qualified Republican candidates who are willing to control expenditures, reduce taxes and commit to less government interference. How do we accomplish this? Every local election results in the vast majority of Republicans losing by large margins. The Queens County and the various Republican clubs need to join together to plan a strategy for winning. Instead of getting candidates to run in every district, let’s focus on districts that can be won by Republican candidates. If we can win a few seats, our influence becomes greater which can lead to more Republicans getting elected. The time for change is now, and we must plan and strategize differently. We must turn our state and local governments over to the Republicans, the true caretakers of the people’s finances.