A Tribute to the USS Fitzgerald and the U.S. Navy

This poem is a tribute to the seven sailors who died aboard the USS Fitzgerald, written by  Frederick R. Bedell Jr.,  Grand Knight of St. Anastasia Knights of Columbus Council #5911 and Veteran of the U.S. Navy.

A Tribute to the USS Fitzgerald and the U.S. Navy 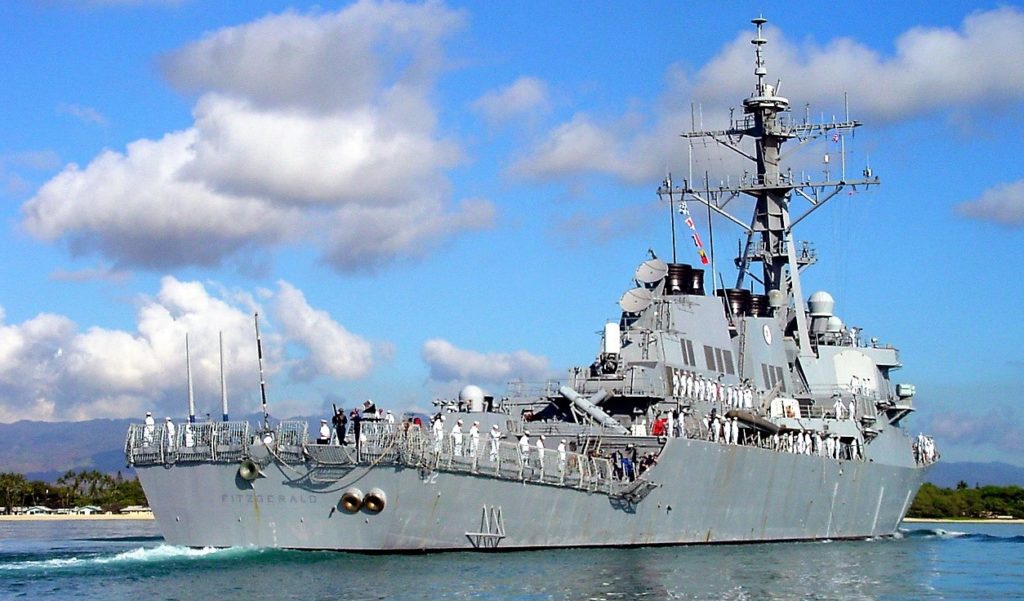 Time is passing
but I remember the sea
and the endless oceans
of my past.
Being on aircraft carriers and tin cans
like the sailors of the past,
who traveled far and wide
to distant lands.
Both in peace and war
to defend our nation
for you and me,
from dangers and perils.
For it is these things
that are their stock and trade.
For today’s Navy is poise
for more adversity.
For the risks ahead
for men and women
being readied
for the toils and troubles
ahead.
And to fight for what is
right.
For is the spirit don’t you see
the reason to be,
that stirs such as these
who are protecting you
and me !