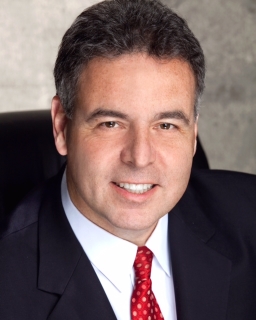 “Local media of the NY-03 Congressional District are finally exposing Rep. Steve Israel’s two faced strategy, lock step liberal voting for Nancy Pelosi and Barack Obama in Washington, while pretending to be a moderate in the district.  Steve Israel can’t fool voters any longer.  We are going to win this year.” – Grant Lally

The following article appeared in the Queens Courier:

Who is the real Congressmember Steve Israel?

Congressembember Steve Israel’s recent visits to Queens neighborhoods introducing himself to new voters was nothing more that an attempt to masquerade as a moderate mainstream independent Democrat. He reminds me of the Trojan horse. Israel’s current 2nd Congressional District represents neighborhoods such as Huntington, Babylon, Islip, Smithtown and Oyster Bay in Nassau and Suffolk counties. He is now running in the new 3rd Congressional District which runs along the North Shore of Long Island from Suffolk County through Nassau County and into Queens. It will now include Queens neighborhoods such as Little Neck, Douglaston, Bay Terrace, Fort Totten, Whitestone, Beechurst and part of Bayside.

Since joining Congress in 2001, Israel has voted in favor of increasing our debt $4.8 trillion under former President George Bush (2001 – 2008) and $5.6 trillion under President Barack Obama (2009 to present) for a total of $10.4 trillion. On Israel’s watch, our national debt went from $6.2 billion to $16.4 trillion. How can these be the actions of anyone remotely fiscally responsible? According to the Congressional Record, he has voted with the Democratic House leadership team 94 percent of the time. These are not the actions of any independent Democrat, but an ideologically committed Obama/Biden/Reid/Pelosi extremist liberal. He has been part of the problem, not the solution in Washington.

Consider his philosophy which in his own words “leaning right on issues regarding Israel and national security, and left on civil rights, gay rights, education and the environment. (Source: “Rep. Steve Israel looks to his past” by Anna Gustafson April 19 Queens Chronicle weekly newspaper). This clearly places him out of the mainstream of our new 3rd Congressional District. For example, he has been missing in action to actively support initiating construction of the full Keystone pipeline from Canada to Texas. This would create tens of thousands of jobs, along with starting to move us down the path of energy independence.

Israel is proud of being appointed by Democratic House minority leader Nancy Pelosi to head the 2012 Democratic National Congressional Campaign Committee. Former House Speaker Pelosi is part of the Obama/Biden leadership team, who along with Democratic Senate majority leader Harry Reid have gotten us into the mess we are in today. Former President Bush has been out of office for four years. The statute of limitations long since expired for blaming him. It is impossible for Israel to sell himself as an independent consensus builder willing to work in a bipartisan basis across the aisle with Republicans on behalf of constituents and nation. His goal is to clearly place Pelosi back in the saddle as House Majority Leader along with re-electing the team of Obama/Biden to another four year term and maintaining Harry Reid as Democratic Senate majority leader. Israel would prefer that Democrats win the trifecta. This would place Democrats in charge of both the executive branch (White House) and Legislative branch (both House of Representatives and Senate). There would be no system of checks and balances. One party control of both branches of government is a direct invitation to corruption, waste, fraud and abuse. It also opens the door to changing our current make up of the Supreme Court from one leaning more toward independent constitutionalism to one becoming highly judicial activist. This will be accomplished by the appointment of partisan ideologically committed liberals to future Supreme Court vacancies should Democrats control both the White House and Congress.

Just as former Republican House Speaker Newt Gingrich tilted to more rigid conservative ideology, so to is Israel’s benefactor – Nancy Pelosi who equally tilts to a more rigid orthodox liberal ideology. Since 2001, Israel has been a partisan straight down the line orthodox Democrat consistently supporting every local Democratic Party candidate on the town, county, state and federal level. He lacks the courage of former NYC Mayor Democrat Ed Koch to periodically cross the partisan divide and endorse a Republican for public office when appropriate.

How can Israel represent the interests of the 3rd Congressional District when he is clearly marching lock step with the Obama/Biden, Reid and Pelosi team? As chairperson of the Democratic National Congressional Campaign Committee, he will continue spending a significant amount of time running around the nation raising money and campaigning for other Democratic Party Congressional candidates. This is what is expected when you accept this highly partisan position. This will only result in neglecting the needs of local constituents who sent him to Washington in the first place.

If you liked the team of Obama, Biden, Reid, Schumer, Gillibrand and Ackerman accompanied by record unemployment, deficits and wasteful spending under their watch, by all means vote for Steve Israel. If you are looking for real change in Washington, consider another alternative.