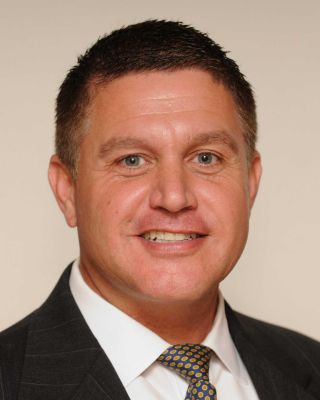 When on April 6, 2016 John LaValle, 48, the then and current Suffolk County Republican Chairperson announced at a Long Island Trump political rally that he was endorsing the controversial billionaire for the GOP Presidential nomination, many leaders from both the Democrat and Republican parties were said to be in a state of shock. While it is rare to have them agree on any political matter, concerning LaValle’s endorsement of Trump, who came to Long Island that day to thank LaValle (as well as several other Republicans) for his support, they were in full accord.

“ It is strange to see Democrats and Republicans agree on anything. I guess it takes a Maverick like me to get that kind of bi-partisan agreement”, LaValle, whom I interviewed last week in his office in the Suffolk County Republican Headquarters, stated, wearing a broad smile on his face.

Actually, it was little secret inside the political doors of both parties in Suffolk that many Republican and Democrat leaders were offering the same supposed near certainties on three interconnected predictions. The first was that Trump, who was running virtually without any support from the national party establishment, had little chance of winning the Republican Presidential nomination. The second was that even if by an extreme long shot Trump won the GOP nomination, he had even less of a chance of defeating the then certain Democrat nominee Hillary Clinton, who was beating him handily in almost every general election poll.

Their third area of agreement was that by endorsing Trump, LaValle-   a father of 3 young boys and an attorney, who prior to his selection as Suffolk County Republican Chair in 2009, had served as the Supervisor of the town of Brookhaven from 2,000- 2005, and before that as a City Councilman from the same town from 1996- 2000 – had just suffered a fatal self- inflicted political wound.

The consensus of the political class throughout this eastern Long Island County of one and a half million citizens was that this“ self inflicted wound” would all but end LaValle’s chances of winning the Republican nomination for County Executive in 2019. That nomination, which would have pitted him against two- term incumbent Democrat Steve Bellone in the general election, was widely considered to be LaValle’s for the asking, prior to the Trump endorsement.

LaValle, now no longer smiling, told me that while he was well aware of this widespread bi-partisan belief that he had committed a major political blunder in endorsing Trump, he possessed no second thoughts at the time about his decision. “  The stakes for America were too high for me to worry about my own political future. I was looking for the candidate who had the greatest potential to become a great president.  Based on the domestic and foreign policy positions he proposed and the strong, sincere and unapologetic way he proposed them, that candidate for me, I concluded, could only be one person: Donald Trump”, he told me. 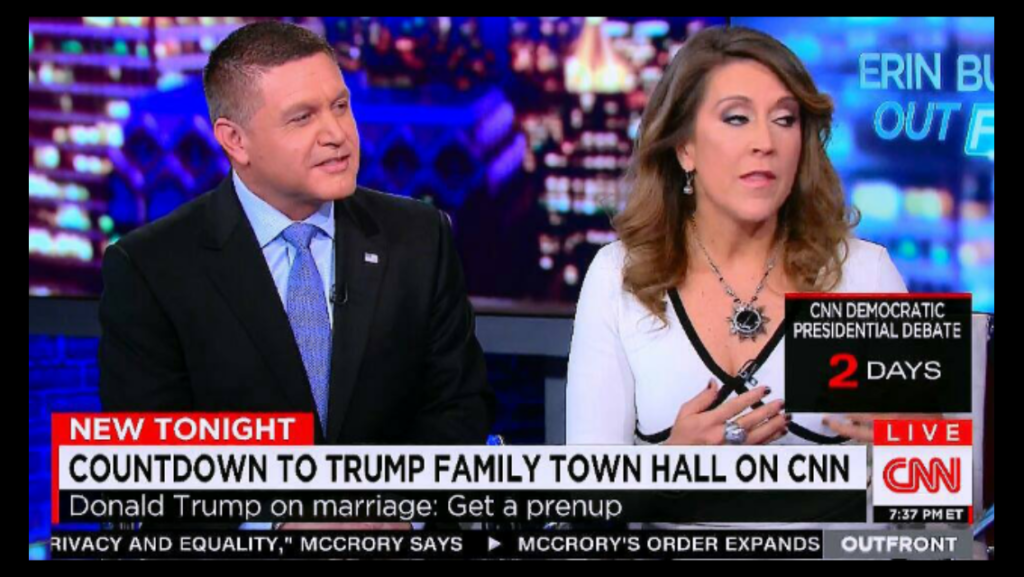 The foreign policy positions, LaValle cited included Trump’s,“ commitment to rebuild our military, and, directly related to that, provide significantly improved medical care and other needed services for our military veterans, totally defeat and destroy Islamic terrorism and rebuild our historic relationship with our for the past eight years mistreated ally, Israel. ”

LaValle said he was equally impressed by Trump’s domestic policies. “ I was extremely excited by Mr. Trump’s pledge to unleash America’s own energy resources, his promise to remove literally thousands of useless and burdensome regulations off the backs of businessmen and women, his plan to secure our borders, and his commitment to rebuild America’s infrastructure”, he stated.

On these and other domestic and foreign policy issues, LaValle noted that  he found that the overwhelming majority of Republicans, many independents and even more than a few Democrats agreed with Trump, leading him to believe that his support of his candidacy was anything but Quixotic. “ Because he was right on the issues, and because as a totally independent non- politician and extraordinarily successful businessman, he was the right person to articulate and champion those positions, I became convinced even during the most challenging days of the campaign that Donald Trump would be the next President of the United States”, he said.

LaValle added that in addition to being impressed by the policies and positions of Trump, he was also impressed by what he perceived to be the future president’s positive personal qualities. “ I originally endorsed Mr. Trump, whom prior to the event in Long Island I had met only once about 3  years ago, because I believed the solutions he proposed to, in his own words, ‘ make America great again’ would do just that”, he said. “ Yet”, he continued, “ I as I got to know him on a personal level the day of and the several days following the endorsement, I got an inside look at the private side of Mr. Trump. And I became incredibly taken by what I saw.  His kindness, his friendliness, his warmth, and his clearly genuine concern for the feeling of others- be they his chauffeurs, bodyguards, children of people involved in the campaign and campaign staff members- left a very strong impression upon me. I was just hoping for the opportunity to become a part of the campaign and help him become president. ”

Trump was to give him that opportunity. In late April, he contacted LaValle, asking him if he would be interested in working for the campaign under the  title, “ Trump Surrogate”. For LaValle, it was an easy decision to make. “ I answered ‘yes’ in an instant”, he recalled.  In this new role, LaValle  appeared on more than 150 cable and regular network news shows airing from the New York area. On each, he told me, his goal was to serve as a representative of Trump, with whom he soon found himself speaking on a weekly basis. “ There can only be one Donald Trump”, he stated. “ But even he can only be in only one place at one time. So when called to, it was my honor and privilege to serve as his surrogate.’’

LaValle performed that role from the day he accepted Trump’s offer, up through the August Republican Convention, where he also served as a New York State Trump delegate, up until the night of the election itself,  November 8th.

Describing that night, when, standing alongside thousands of cheering  Trump supporters in the main ballroom of Manhattan’s Hilton Hotel, he watched the tide of the election results swaying in Trump’s direction, LaValle stated, “ As the reports began to come over the television of Trump winning state after state, including the swing states of Florida, Iowa and Ohio, the incredible realization that he was going to be elected president began to set in throughout the large crowd of his increasingly euphoric supporters. It was a magical night for them all.  And it was great night for the future of America.”

Trump’s victory that night might also well prove to be great for the political future of LaValle. With his contentious decision to endorse Trump fully vindicated, Lavalle has reemerged as the overwhelming favorite to win, should he seek it, the Republican nomination for County Executive in 2019.   In addition, it has been speculated in several New York news outlets that Trump, with whom LaValle is rumored to still be in contact, is considering him for an ambassadorship to one of the 26 Caribbean nations.

While LaValle was reluctant to discuss his political future, he did   acknowledge that his involvement in the Trump presidential campaign has improved his political standing in the county. When I asked him to be more specific, he stated, smiling broadly once again, “ Since the election I have sensed that family members, friends and political associates have been more inclined to listen to my advice- be it concerning political or personal matters.”

As well they should.

Robert Golomb is a nationally and internationally published columnist. Email him at MrBob347@aol.com and follow him on Twitter@RobertGolomb