VIDEO: CAMPAIGN RALLY IN SUPPORT OF OUR CANDIDATES

CAMPAIGN RALLY IN SUPPORT OF OUR CANDIDATES 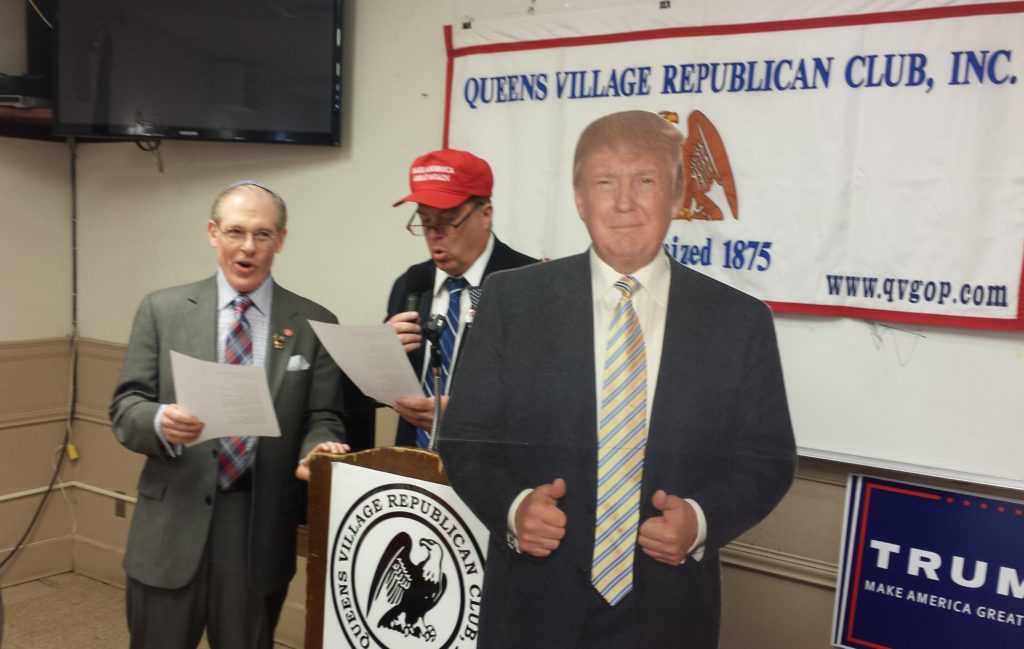 The June 2nd Queens Village Republican Club General Club Meeting was a campaign rally which started off with Scott Berry leading everyone in the signing of “You’re a Grand Old Flag!” This was followed by vigorous chanting of “Make America great again, Trump, Trump, Trump!”

There was a floor vote on a resolution for a club endorsement of Donald J. Trump for our Republican candidate for President, which passed unanimously. Our congressional candidates, Senator Jack Martins and Mike O’Reilly spoke as well as Frank Denatali, a representative from Donald Trump for President Campaign, Trump Tower Call Center in Manhattan.

NYS Senator Jack Martins, our Republican and Conservative Party backed candidate is running for congress in the 3rd CD. He is currently serving his 3rd term as NYS Senator in District 7 in Northern Nassau and has a track record of cutting taxes, cutting spending and balancing budgets. Prior to that he served as mayor of his hometown Mineola, and took control of a town in a financial crisis, stabilized it’s finances and balanced it’s budget and won the respect of all in the town. He has been a loyal friend of our club and supporter of our Queens candidates for many years.

Mike O’Reilly is the Republican & Conservative Party Candidate for Congress in New York’s 5th District in Eastern Queens running against Rep. Greg Meeks. Mike is a U.S. Marine Corps Veteran, former Delta airline pilot and successful attorney. Many club members petitioned for him and helped him get on the ballot.