The ceremonial presentation of the “Rabbi Morton Pomerantz Veteran of the Year Award” to World War II Veteran and decorated war hero, 1st LT Sampson Lester Friedman, U.S. Army Air Corps (Ret.) was the most moving part of the Lincoln Dinner program. This award was named to preserve the memory of our club board member Rabbi Morton Pomerantz, who was a Marine Corp and Navy chaplain, and acclaimed advocate of Veterans and Republican causes. LT Friedman was accompanied by fellow World War II Veterans Lt. Col. John Peterkin and Jason Kaatz, Crew Engineer, UH1 Helicopter, who escorted Mr. Friedman up to the podium to the haunting musical strains of “Mansions of the Lord” performed by John Walters.

Congressman Lee Zeldin presented the Veterans awards on behalf of our club, and the Veterans of Foreign Wars Certificate on behalf of District 1 Commander Marvin Jeffcoat. Jason Kaatz presented a special award on behalf of the Jewish War Veterans. LT Friedman then related his war experiences, saying that WWII was the most destructive war of all time. He spoke about his 25 combat missions over Japan as a B29 Bombardier, and his combat unit that secured victory for the United States of America and the Allied Forces. He imparted a piece of the story of our Greatest Generation’s legacy; and to always remember and honor our Veterans of the U.S. Armed Forces, who risk everything and even lay down their lives to defend our freedom. Everyone in the audience remained standing in solemn gratitude as these three humble WWII Veterans marched back to their seats in a slow procession to the accompaniment of Sousa marching music. 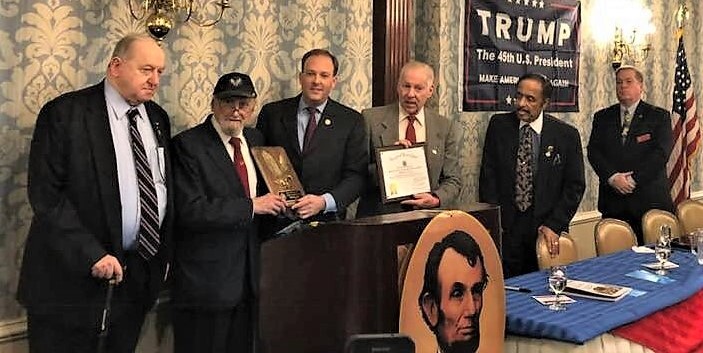 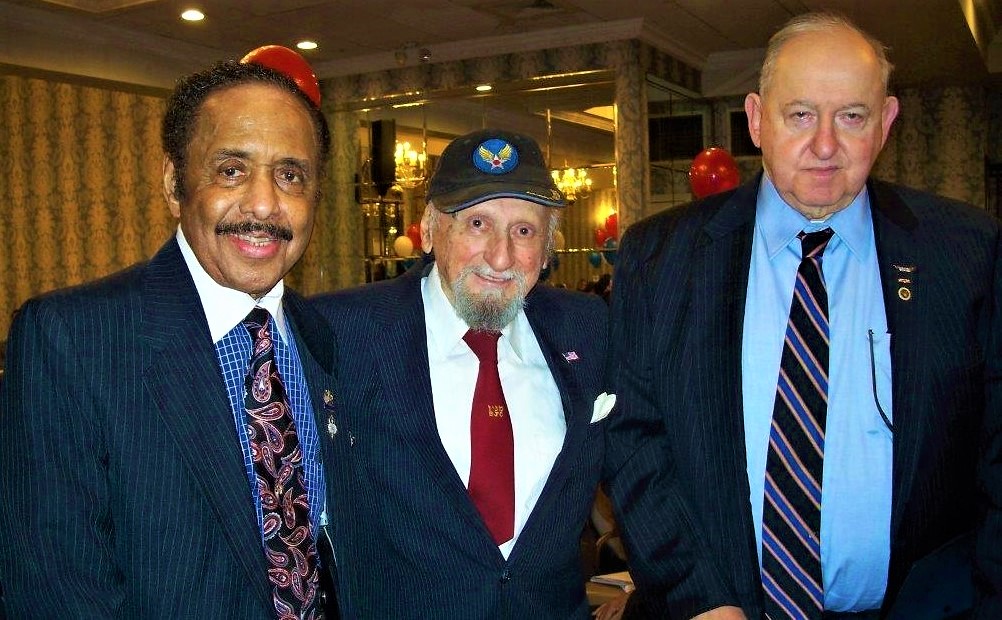