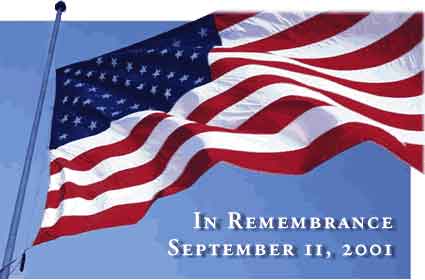 The Queens Village Republican Club commemorates the 13th anniversary of the evil terrorist attack on our nation the morning of September 11, 2001, by remembering our fallen heroes and those who lost their lives in the burning towers, and showing our pride and love of America by flying the American Flag. Our member Frederick Bedell, wrote the following letter which was published in the Times Ledger newspapers requesting that all Americans fly the flag on 9/11 in honor of all those who lost their lives on that fateful day as well as the brave men and women who serve our nation today.

“I am sad to say that another anniversary is coming near of when terrorists attacked our nation on September 11, 2001. Now here is an idea for all Americans to not only remember those brave men and women who lost their lives on that day of infamy but I hope will show support for our brave men and women who are serving our nation today. On September 11th, I feel all Americans should fly the American flag outside their homes, apartments, offices, and stores throughout the United States. Every individual should make it their duty to display the American Flag on this the 13th anniversary of our country’s worst tragedy. We do this in honor of all who lost their lives on 9/11, their families, friends, and love ones who continue to endure the pain, and those who today are fighting at home and abroad to preserve our cherish freedoms.

In the days, weeks and months following 9/11, our country was bathed in American Flags as citizens mourned the incredible losses and stood shoulder-to-shoulder against terrorism. Sadly, those flags have all but disappeared. Our patriotism pulled us through some times and it shouldn’t take another attack to galvanize us into solidarity again. Our American Flag is the fabric of our country and together we can prevail over terrorism of all kinds. Fly the American Flag of any size on 9/11; and, in all honesty I believe that all Americans should fly the flag year round, however let’s start with flying the American Flag on every September 11th. I am thanking everyone for your participation , and may God bless you and may God, bless America.”