Video: The mayor’s bogus plan to build housing for the poor 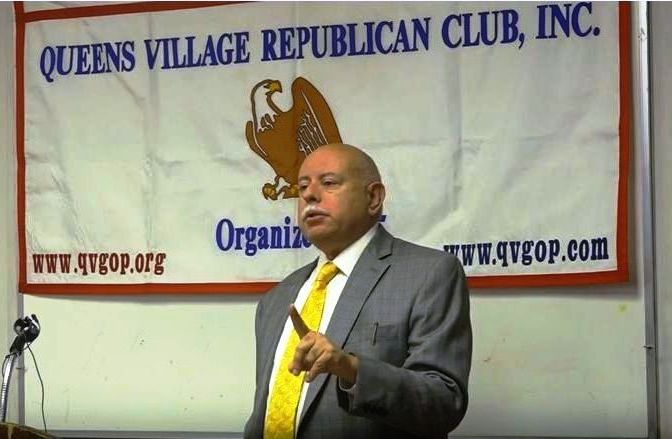 James Trent, our club’s board chairman and president and founder of the Queens County Farm Museum, gave the lowdown on Mayor de Blasio’s bogus zoning plan ostensibly for the purpose of building housing for the poor.

In this video presentation at the January QVGOP Club meeting, Trent articulated how this mayor, under the guise of getting more affordable housing built, wants to change the zoning of residential communities to allow taller buildings, limited parking, reduced size apartments, and higher density. The mayor’s zoning plan is only a windfall to developers, and he is doing this largely as payback for the developer’s help in getting him elected. The rents charged in these so-called affordable developments, are hardly affordable, being upwards of $3000 a month.

« PreviousVideo of Ken Abramowitz Speech: Save The West
Next »Parental Choice in Education-Key Issue for 2016