Scarlet letters for the Bibi boycotters

Scarlet letters for the Bibi boycotters 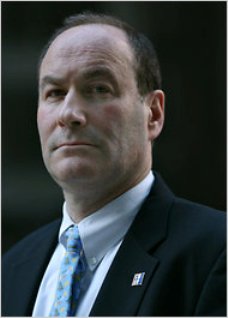 Their excuses are mere protocol — that the upcoming Israeli election supposedly makes the speech political, and that Speaker John Boehner did not consult the White House before inviting the prime minister.

In fact, Iran has been at the top of Israel’s threat list for nearly two decades.

Nor is Netanyahu’s opposition in that election any more willing to embrace an agreement that, like the one the Obama administration is negotiating with Iran, clearly leads to Iranian development of nuclear weapons.

Any member of Congress who boycotts the address will present himself as placing protocol above national security for the American people and our allies.

The Iranian government’s goals are a threat not only to Israel, but to this nation and the entire West.

Any member boycotting should be regarded as exhibiting hostility toward the Jewish state, and indifference to America’s own security, out of some imagined “respect” for the president who has brought us to this crisis.

Iran is already at least 80 percent of the way to becoming a nuclear power, and has continued to make progress throughout the years of these negotiations.

Its supreme leader, Ayatollah Ali Khamenei, has been clear that his terms for any final agreement are vastly different from anything discussed in the West as the minimum needed to guarantee Iran doesn’t build atomic weapons.

The facts so far publicized about that agreement make it plain that it will be untenable for Israel and foolish for America.

Yet President Obama seeks to move forward on that framework, leaving America and the West at the mercy and whim of Iran and its soon-to-be-loaded ICBMs.

Israel will be left to its own devices, which may well bring the conflict that the president has so professed he wants to prevent.

Netanyahu’s address is not about an election, nor about him. It is about Israel’s survival and the fate of the West.

Any prime minister of Israel would have an absolute obligation to tell anyone who will listen just what Israel — and we — face.

During World War II, the Washington power elite regarded Rabbi Stephen Wise as America’s leading Jew. Yet his chief concern was acceptance by the Gentile elite — and demanding attention to the ongoing Holocaust didn’t serve that goal.

Thus Wise and others of similar views effectively encouraged President Franklin Roose­velt and most of the nation’s leaders to look away from the greatest state-sponsored industrialized gen­ocide of any people in history.

This, when a united Jewish-American front might have brought action on the demands from heroes like Ben Hecht and the Bergson group that we bomb Auschwitz to stop that death factory from murdering 10,000 Jews a day.

As it happens, the Allies were bombing oil fields just five miles from the death camp. Hearing those explosions, the doomed prisoners vainly believed that their captors and their death machinery would be hit next.

They preferred being bombed, as a better chance than joining their brethren in the gas chambers.

Thus did these self-conscious Jews urge the same course as the anti-Semites of the day. And 6 million Jews were left to their accursed fate.

Seven decades ago, Rabbi Wise fought tooth-and-nail to prevent “the wrong” Jews from influencing the president. Today, our Jewish Democrats and liberals fight over protocol and “respect” for our president.

Do they not realize that these negotiations have only benefitted Iran, which has continued its nuclear progress the whole time? Do they not believe Iran is developing a bomb and intends to use it?

Israel has always been a rare bipartisan issue in American politics. No longer?

Gentiles who boycott Netanyahu will earn a scarlet letter for their naïve (or cynical) defense of the president’s Iran policy. Jews who boycott will earn two, the second for being the spiritual heirs of Rabbi Wise.

And a widespread Democratic boycott will seal the case in the minds of American supporters of Israel: The catcalls against Israel at the last Democratic convention were no aberration, but the party’s heart.

« PreviousCop Beaters, Convicts, and CUNY: a University with a Radical Problem
Next »Free Public Forum: “Could New York City be the Next Paris?”