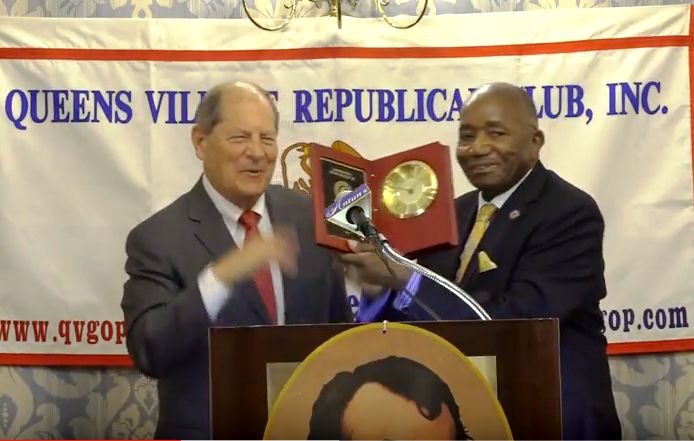 Fred Brown, the venerated Chairman of the National Black Republican Council and President of the New York State Black Republican Council, received the Harvey Moder Lifetime Achievement award, which was presented by Queens Republican Party Chairman Bob Turner. This award is presented annually to real-life American heroes, memorialized eternally in the name of the highly acclaimed past president of the Queens Village Republican Club, and World War II Veteran honored by Congress for his lifetime quest to fully account for our POW/MIAs.

The Honorable Fred Brown has devoted decades as a great pioneer of the Republican movement, becoming a highly respected national Republican political activist by the end of the 1980 Republican National Convention, to which he was a Reagan Delegate. Since then he has been working to make America the greatest nation in the history of the world, creating the NBRC, the largest and most influential minority Republican organization in the state and in the country. He has been a friend, a mentor, an inspiration to all the lives he touched, as his many colleagues who came to the dinner to honor his legacy did attest.