Cop Beaters, Convicts, and CUNY: a University with a Radical Problem

Cop Beaters, Convicts, and CUNY: a University with a Radical Problem 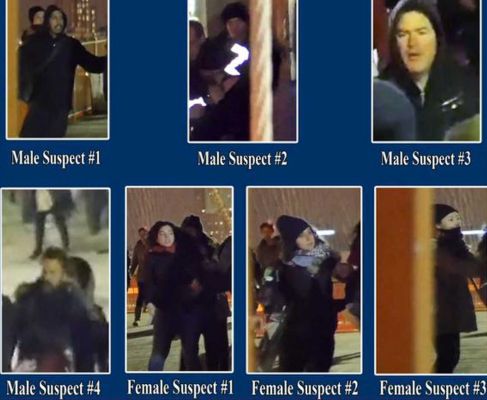 The City University of New York (CUNY) has a problem: three of the six people charged in beating of policemen on the Brooklyn Bridge were teachers at CUNY (Eric Linsker, Cindy Gorn, and Jarrod Shanahan).[i]

Unfortunately, CUNY seems to have a soft spot for violent radicalism – and punching police is mild in comparison to the activities of past CUNY teachers

Over the years, major CUNY faculty groups have expressed support for radicals of this sort:

And with an educational incubator like CUNY’s, it’s not surprising how some students respond:

The world-view of those who teach at a university counts. There is a pattern of support for radical causes among CUNY faculty.

« PreviousMarch 4, 1865
Next »Scarlet letters for the Bibi boycotters