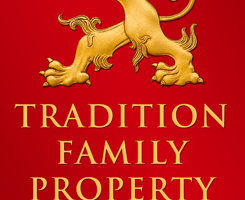 TRADITIONAL FAMILY VALUES
AND THE SANCTITY OF LIFE

Mr. Horvat is a scholar, international speaker, author of the book, Return to Order, and Vice President of the American Society for the Defense of Tradition, Family and Property (TFP).

Mr. Ritchie is the director of TFP Student Action. TFP was formed to resist, in the realm of ideas, the liberal, socialist and communist trends of the times and proudly affirm the positive values of tradition, family and private property.

Rabbi Bovit of Bellerose Jewish Center, will present the Jewish perspective on the Sanctity of Life.

JOHN CUMMINGS FOR CONGRESS: TO BE RESCHEDULED

Retired NYPD Officer and high school civics teacher from the Bronx. Republican candidate seeking the nomination for US Congress in NY District 14 to run against AOC.

Coffee and refreshments will be served. Gift shop will be open.

John Horvat II is a scholar, researcher, educator, international speaker, and author of the book, Return to Order. His writings have appeared worldwide including in The Wall Street Journal, The Christian Post, American Thinker, TheBlaze, Crisis, FOX News, and The Washington Times, as well as other publications and websites. He gives more than 150 radio and TV interviews annually.

For more than two decades he has been researching and writing about what’s gone wrong with America’s culture and economy, an effort that culminated in the ground-breaking release of his award-winning book Return to Order: From a Frenzied Economy to an Organic Christian Society–Where We’ve Been, How We Got Here and Where We Need to Go.

Mr. John Horvat is vice president and a member of the board of directors for the American Society for the Defense of Tradition, Family and Property (TFP), head of the TFP Commission for American studies, and a TFP Sedes Sapientiae Institute instructor. Additionally, Mr. Horvat is a member of the Association of Christian Economists, The Philadelphia Society, the National Association of Scholars, and the Catholic Writers Guild, as well as an Acton University participant.

His research began in 1986 when he was invited by Prof. Plinio Corrêa de Oliveira, founder of the Brazilian TFP, to study the crisis of modern economy and to prepare a conservative response. Mr. Horvat continues studying and writing and is now one of the most sought after experts on the subject.

When he’s not writing, Mr. Horvat enjoys jogging and fencing. He lives in Spring Grove, Pennsylvania.

You can reach Mr. Horvat directly at jh1908@aol.com.

John Ritchie is the director of TFP Student Action.  Starting with only 300 email addresses, he expanded TFP’s outreach and built a network of 170,000 students and parents who fight for moral values.  When he’s not at the TFP National Headquarters in Spring Grove, Penn., he’s on the road, running campaigns for true marriage or for the unborn, visiting college campuses with teams of volunteers, training the next generation of culture warriors.

TFP Student Action is a project of the American Society for the Defense of Tradition, Family and Property. Founded in 1973, the American TFP was formed to resist, in the realm of ideas, the liberal, socialist and communist trends of the times and proudly affirm the positive values of tradition, family and private property. The American TFP was inspired by the work of the Brazilian intellectual and man of action Prof. Plinio Corrêa de Oliveira.

Rabbi Menashe Bovit was born in Chicago into a traditional Conservative Jewish home. His father was a Holocaust survivor who frequently shared the stories of his suffering and survival during those dark days. These stories greatly impacted Rabbi Bovit and still inspire and guide him today. Rabbi Bovit’s diversity of experiences include an apprentice commercial artist, folk singer, improvisational theater director, underground newspaper editor, anti-Vietnam War protestor, and environmental activist. Rabbi Bovit is, since his college days, an advocate for the State of Israel.

While attending the University of Arizona Rabbi Bovit met the late, great Rabbi Shlomo Carlebach who eventually became his rebbe and later gave him his personal smicha (ordination). Rabbi Bovit also studied at Yeshiva University of Los Angeles; Yeshivat Ohr Yaacov in Zichron Yaacov, Israel; The Kollel of the Bostoner Rebbe in Jerusalem, and the ordination program of Yeshivas Toras Chaim in Jerusalem where he earned both a Bachelor and Master’s of Hebrew Letters. Rabbi Bovit also holds a certificate from the Ohr Lagolah Institute in Jerusalem and has been certified by the Supreme Court of the State of Florida as a Family Mediator.

After serving a number of congregations throughout the country Rabbi Bovit is in his tenth year as the spiritual leader of Bellerose Jewish Center. Rabbi Bovit educates throughout Shabbat services by sharing insights into the prayers and Torah portion from his broad knowledge of traditional texts, history, anthropology, archeology, and modern academic Biblical studies. Rabbi Bovit continues to be a strong advocate for the State of Israel, is active in interfaith activities and is the president of the Eastern Queens Interfaith Council. Rabbi Bovit also a member of the Board of Directors of the Queens Village Republican Club.

The Personhood Alliance is a confederation of independent pro-life organizations who pursue personhood as the essential strategy for restoring legal protections to every human being, from biological beginning to natural death, without exception, and who endeavor to uphold the Biblical worldview in 21st-century politics and culture by honoring God’s design for life, marriage, family, sexuality, and gender.

Born to Charles, a New York City Police Officer and Natalie at Fitch Hospital in the Bronx, John Charles Cummings was born and raised in the Bronx and remains an engaged and active member of the community. Raised in Parkchester, he currently resides on City Island. While attending Saint Raymond High School for Boys, John worked various neighborhood jobs, which included delivery boy, stock boy in Macy’s Parkchester, and as the lead singer in a local rock band named Eclipse.

After high school, John entered college and worked as a clerk at Goldman Sachs and then followed in his father’s footsteps and was sworn in as a New York City Police Officer in 1983. Upon graduation from the NYC Police Academy, he was assigned to NSU (Neighborhood Stabilization Unit) 7, in the South Bronx, which covered the 40, 42, 44, and 48 precincts. John was then assigned to the 46th precinct, where he remained for 2 years. Following in his father’s footsteps once again, he was assigned to the NYPD Harbor
Unit, where he served first as an operations coordinator in the Bronx, and then as a member of the Harbor George unit in College Point, Queens. John suffered a serious knee injury in the line of duty, and was forced to retire in July 1991, and did so with multiple commendations for bravery and excellence in the line of duty.

John returned to college and graduated from Fordham University in 1993 and he and his family resided in the Morris Park section from 1990 until 2004, where he coached baseball for Van Nest Little League and Basketball for St Francis Xavier Elementary School. John also sang for the St Francis Xavier Parish Choir and was an active member of the Morris Park Community Association.

John began his broadcast career while at Fordham as a member of the Sports Staff of WFUV-FM, radio, doing basketball and football play by play and analysis, honing his craft under the legendary Marty Glickman. He also became the co-host of One On One, New York radio’s longest running Sports call in show, and was a sports writer for the Fordham Observer. John has been the radio play by play voice and analyst for Fairfield College Women’s and Men’s basketball for 25 years, and his role was expanded to television several years ago. He has also been a traffic and weather reporter for MSG Networks.

In 1998, John returned to his alma mater as a History, Government and Economics teacher, where he still teaches today. He has also been the Alumni Coordinator, Director of Development, the History Department Chairperson, and the Recruiting Coordinator, a role he now handles in addition to his teaching duties. John also serves as the cantor at school Masses, held on Catholic Holy Days of obligation. John has two grown sons, Nicholas and Matthew, and continues his passion for music to this day as a singer with TIM CURTIN and FRIENDS, a local Bronx band.