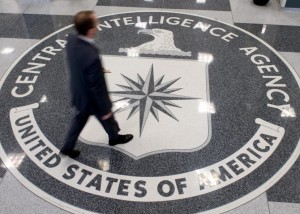 If you make a quick right from Middle Neck Road on to Grace Avenue, as you walk in the Village of Great Neck, New York, you will see in a little tree covered circle a couple of yards west of Citi Bank a small memorial plaque in which are engraved from top to bottom the names Peter Christopher Frank, Jonathan Lee Ielpi, Richard Y.C. Lee, Andrew Stergiopoulus and Joshua S. Vitale. All five of these men we learn from the plaque once lived in the Village of Great Neck, and all five were murdered by terrorists on 9/11.

When, about two to three times a week, I drive or walk the mile from my home in the town of Great Neck to the Village, I often stop at the plaque to say a prayer for these five men who once walked the streets of this small, beautiful village. I know that every day countless hundreds of thousands of Americans say their own prayers at the some five hundred 9/11 memorial sites, some large, some small, scattered in states throughout America.

I have never been to the Pentagon Memorial, one of the largest and best known of these sites, which is located within short distance of the Pentagon in Arlington County, Virginia. But I know its history. It is a memorial designed to honor the 184 Americans who were killed in the Pentagon and on the American Airlines Flight 77 that the murderers flew into the building to wreak that slaughter. Its construction began on June 15th, 2006, and on September 11th 2008, the Memorial was dedicated and made open to the public.

At the ceremony held that day, then President George W. Bush described the Pentagon Memorial as “ an everlasting tribute to the 184 souls who perished.” Among those souls to whom President Bush was paying tribute that day were John Yamnicky, 73, the oldest, and Dana Falkenberg, 3, the youngest of the 184 victims.

Since her headquarters in the Hart Senate Office in Washington D.C. is within four miles of the Pentagon Memorial, I can reasonably assume that United States Senator Democrat Dianne Feinstein, the five term California incumbent, has visited it at least a few times. Such visits seemingly would serve as a reminder to Senator Feinstein, who currently is serving in her third year as chairperson of the 12 member Senate Intelligence Committee (first formed two years before her current tenure began) and has served on other important intelligence and anti- terrorism committees and sub-committees in the past, of the sacredness of the obligation of the Government of the United States to prevent another 9/11.

However, this does not appear to be the case with the Senator. As Chairperson of the Senate Intelligence Committee, which since its formation has been investigating the CIA’s enhanced interrogation procedures used on suspected terrorists during the Bush Administration, Senator Feinstein issued a report last month, widely disseminated by the American and international media, that accuses the CIA of initiating “ a program of indefinite secret detention and the use of brutal interrogation techniques in violation of U.S. law, treaty obligations, and our values.”

About Senator Feinstein it could be reasonably said that she did not allow the facts deter her from issuing this condemnation of those CIA patriots who protected America after 9/11. In issuing the report, Senator Feinstein was not deterred by the fact that CIA Directors George Tenet (who served under Presidents Clinton and Bush) and John Brennan (who currently serves under President Obama) repudiated the committee’s two principal allegations- that the CIA had misled the Bush White House about the nature of the enhanced interrogation techniques used, while at the same time, covering up the putative torture of suspected terrorists; nor was Senator Feinstein deterred by the fact that the Justice Department which after assigning two sets of prosecutorial teams to review the identical allegations issued in Feinstein’s report, was unable to find any criminal action or illegal activity.

Feinstein proved to be equally undeterred when even some of her friends were said to have cautioned her about the possibility that issuing the report would open her up to charges of hypocrisy, namely: concerning the treatment of terrorist suspects held in prisons and detention centers during President Bush Administration the Senator expressed profound outrage in the report and moral anger in her subsequent defense of it; yet, concerning President Obama’s deployment in Afghanistan of drone strikes, which while providing the thankful benefit of killing scores of America’s terrorist enemies, have claimed as collateral damage the lives of hundreds of innocent civilians, she, rather, remains silent.

Just as tellingly, Senator Feinstein -who during her investigation incredibly never saw it necessary to interview any witnesses from the CIA (such as Brennan or Tenant) or any other relevant intelligence agency- seemed undeterred by, and in fact failed to even mention the most obvious fact of all: the United States has not suffered a second terrorist attack in the past 13 and a half years- a truth that might otherwise have suggested to her that the agents of the CIA as well as agents and officers of all other federal, state and local counter- terrorism departments and agencies throughout the U.S. should be thanked and commended rather than investigated and condemned.

Still, what remains so troubling about Senator Feinstein’s report is based more on her disregard for the present and future safety of Americans than her disregard for the truth of the past. To the millions of potential terrorists living throughout the world, the committee’s report is believed by many in the intelligence community to have become a major recruiting tool that terrorist leaders have already begun to use. North Carolina Republican Senator Richard Burr, who with the Republican take over of the Senate will this month be replacing Senator Feinstein as chairperson of the committee, has warned that any new threat to America’s security would be “ the direct result of releasing this report”.

To Burr’s concern (a common worry now frequently expressed by many in the intelligence community) Senator Feinstein replied, “ We can’t prevent that.” Any hope that right after she spoke those four words, Senator Feinstein would have realized that such a sentiment would not win her the support of the American public, which by an overwhelming majority according to all polls subordinates the treatment of terror suspects to the lives of Americans, would be shown to be just wishful thinking by her subsequent sentence, “ But history will judge us by our commitment to a just society governed by the law and the willingness to face an ugly truth and say ”Never Again’’’

In the event that Senator Feinstein did not know that “ Never Again” is a very unique, very sensitive term used by people of the Jewish faith and used also by their friends, allies and sympathizers of other religions, she should be taught its meaning: Spoken in the memory of the six million Jews who were slaughtered by Hitler and the Nazis during the Holocaust, “Never Again” is a pledge that the world will never again allow such unimaginable horrors to ever be repeated. (Confronted now with the threat of annihilation from what is prognosticated to be a soon nuclear armed Iran, the six million Jews living in the embattled state of Israel today fully understand the haunting meaning of those two words.)

Of course, only Senator Feinstein herself can know what moved her to apply these two sacred words to – as one significant example of a terror suspect whose subjection to the CIA’s enhanced interrogation process so deeply troubled her- Khalid Shaikh Mohammad, the confessed mastermind of 9/11.

Yet, maybe we can hope that when addressing September 11th, 2001 in the future, Senator Feinstein will somehow comprehend the moral importance and understand the human decency inherent in reserving the use of the words “ Never Again” as a promise and a tribute to people named Frank, Ielpi, Lee, Stergiopoulus, Vitale,Yamnicky and Falkenberg – as well as for every other one of the 2,977 innocent men, women and girls and boys who the enemies of humanity murdered that day.

Robert Golomb is a nationally published columnist. Mail him at MrBob347@aol.com and follow him on Twitter @RobertGolomb.