Hundreds Attend Pro-Police Rally in the Heart of Queens

Hundreds Attend Pro-Police Rally in the Heart of Queens

Retired NYPD Captain Joe Concannon, the organizer of the series of city-wide “Support Your Local Police” rallies kicked off the first one today at Queens Borough Hall with a thunderous opening speech which reverberated across the canyon of Queens Blvd. Concannon asked the question “Who speaks for us?” and answered it by saying:

“We’re here today, united as New Yorkers, together as Americans, citizens of the world. Public safety is the cornerstone of civilization. Law and Order is the very fabric of society, whether you live in New York City, Main Street USA, or Paris, France. The vivid images of this past week have shown us the valor, courage and bravery of Law Enforcement professionals from around the world. My voice, and your voice, will be OUR voice from Queens County, NY to Paris, France, WE SUPPORT OUR POLICE!”

Hundreds of people gathered from the five boroughs of the New York City, Long Island, and from as far away as Pennsylvania, for a large rally to support the police. They came representing an assortment of civic, religious, ethnic, veterans and fraternal organizations, to express their heartfelt gratitude to our police officers who put their lives on the line every day for the safety of every New Yorker. They rallied with one unified voice to send the message to the mayor and the city council that “we support our police.”

The wife of a New York City police officer gave a heart-rending speech about what it’s like to be married to a police officer. All speakers voiced one common theme, to “Support Your Local Police” and appreciation for the hard work they do.

Concannon is preparing his next rally in Brooklyn next week at Brooklyn Borough Hall, on Tuesday, January 20th at 6:00 pm. He is looking for all civic, veterans, ethnic, religious and fraternal groups to participate. 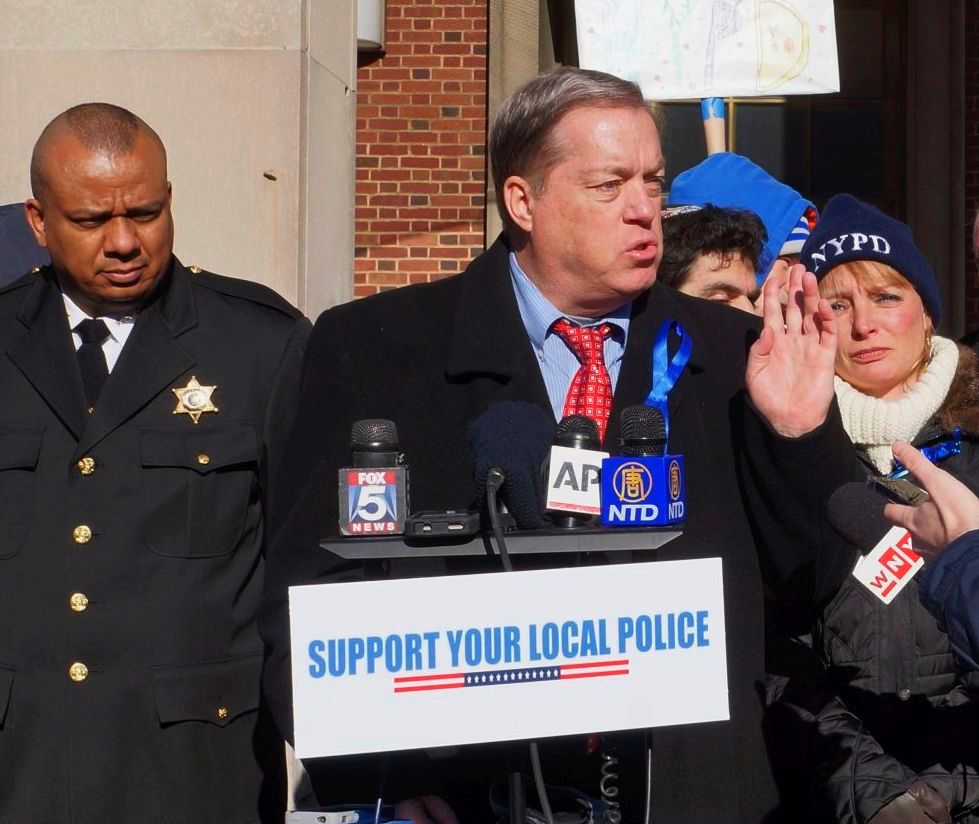