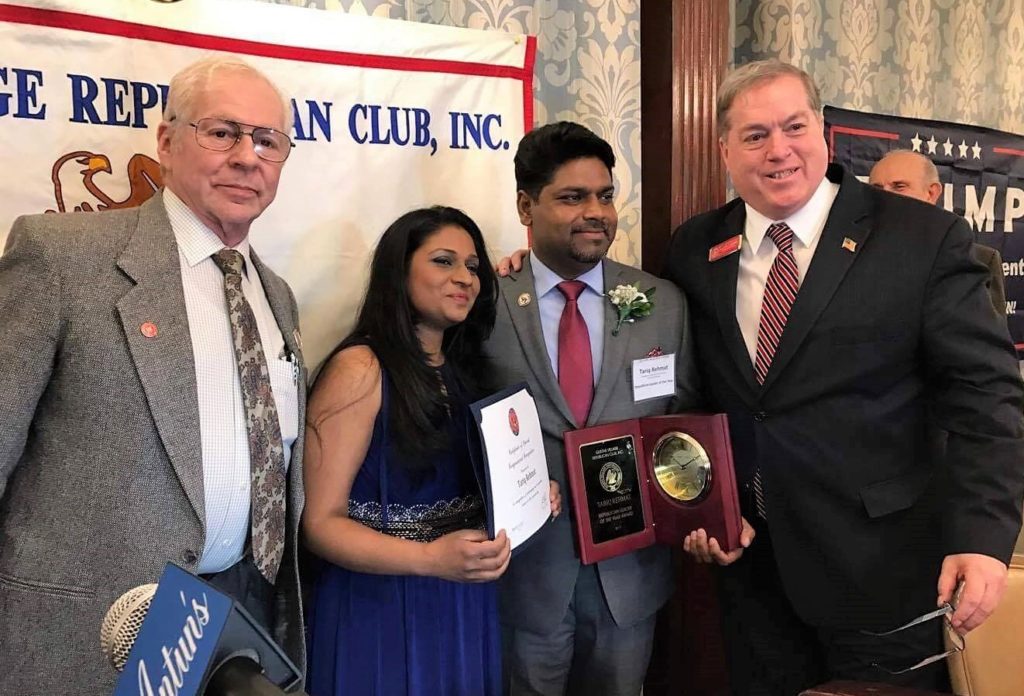 We are proud to have honored Tariq Rehmat at the Lincoln Dinner 2017. He is President of United Pakistani-American Christian Community and National Diversity Coalition for Trump Adviser.  He was the recipient of the Republican Leader of the Year Award for his leadership and selfless service to the Pakistani-American community and Republican Party of the greater Eastern Queens community. He has proved to be a leader who works hard to pay back his gratitude to America, to make America the greatest nation in the history of the world. Joe Concannon, former NYPD Captain and City Council candidate in CD #23 was the presenter of the award.