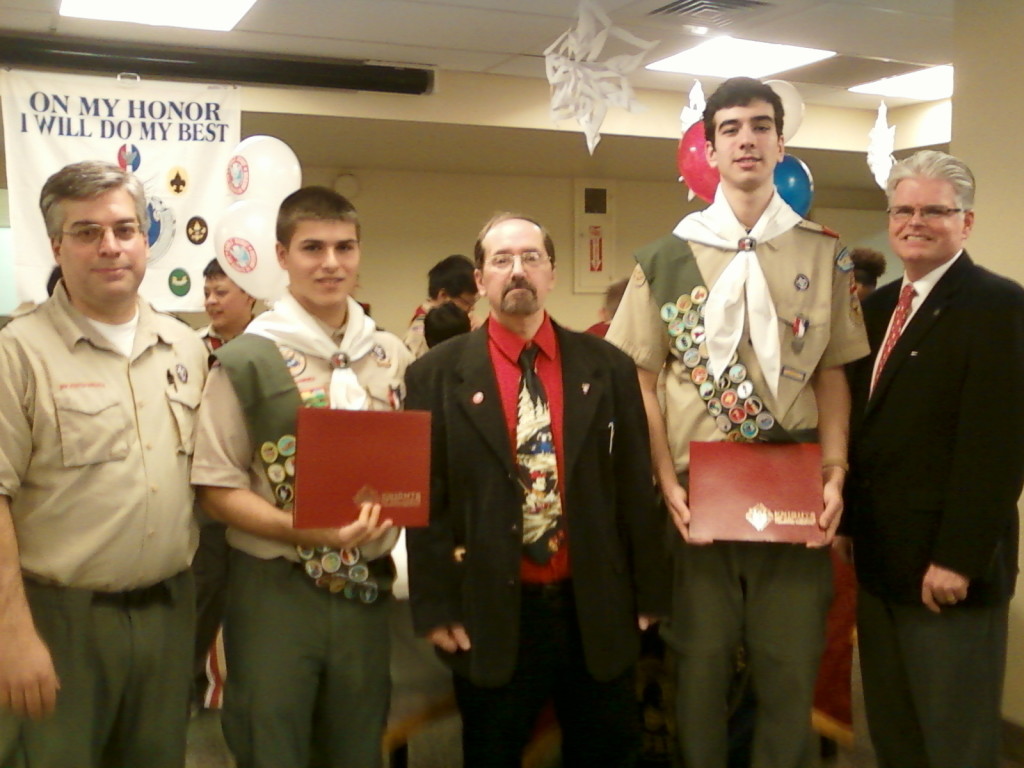 Today’s Eagle Scouts are tomorrows leaders. I would like to report that St. Anastasia Knights of Columbus Council #5911 honored two new Eagle Scouts. This took place at St. Anastasia Parish in Father Smith Hall in Douglaston on January 3, 2015. Scout troop #153 held their Eagle Scout Court of Honor for Michael Angelo Tuffey and Evan Nicholas Tsourtsoulas. As Grand Knight I presented them with certificates from New York State Knights of Columbus and with two patches for their outstanding achievements. We also presented them with two checks of $100.00 each.

« PreviousHey, NYPD: “We Got Your Back!”
Next »Hundreds Attend Pro-Police Rally in the Heart of Queens