We held a rally and press conference on the steps of Queens Boro Hall in 2014 to protest King Cuomo’s despicable remarks that conservatives are not welcome in New York State. Remember when he said the following. Well, karma’s coming for him.

This press conference organized by the Queens Village Republican Club, and joined by a broad coalition of Republican, Democrat, Conservative and Pro-Life groups to protest Governor Cuomo’s intolerant and offensive remarks. The message of the press conference is on the theme of the governor’s arrogance of power, the reign of King Cuomo who would banish New Yorkers with different viewpoints from his kingdom, and our Freedom of Speech which no elected official has the right to violate. 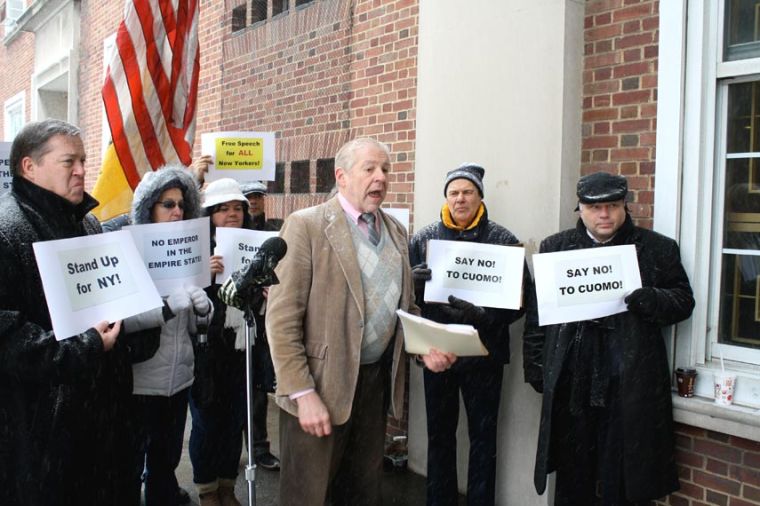