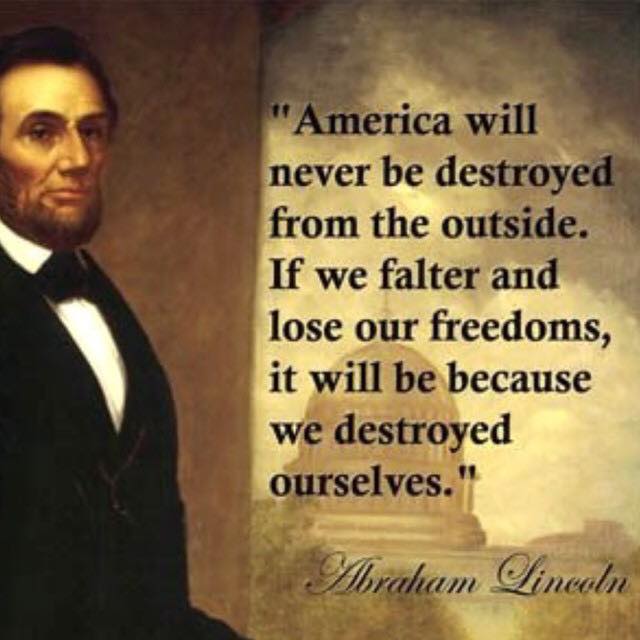 As we prepare to celebrate the life and legacy of our first Republican president, Abraham Lincoln, at our upcoming Lincoln Dinner, it is fitting to heed his wise words that are so relevant for today: “America will never be destroyed from the outside. If we falter and lose our freedoms, it will be because we destroyed ourselves.”

Today we are faltering as a nation and collectively as Americans, the people of our great country, the greatest nation in the history of mankind. But, will we continue to be so?

That is precisely why we host our annual Lincoln Dinner celebrations where we recall our great history as the Party of freedom, human dignity and the abolition of slavery, we recall the great leadership of Lincoln, and we honor the courage and patriotism of outstanding community leaders and heroes in our midst today. Every year we attend this milestone event, enjoy the lavish dinner, the festivities, camaraderie, the eloquent speakers, and take home with us the spirit and encouragement to be better citizens, family members, and neighbors, get involved, get active and make a difference in our own communities and fight to preserve our freedoms.

This year, this crucial presidential election year, this year when the fate of our Supreme Court hangs in the balance since the passing of Justice Antonin Scalia, this year, it is especially important to get a good dose of encouragement and inspiration at the 141st Anniversary Lincoln Dinner.

It’s also been the tradition at our annual Lincoln Dinners, that we have hosted various “fire and brimstone” keynote speakers, including anti-Islamist firebrand Pamela Geller, Florida Congressman Col. Allen West, Guardian Angel founder and lightning rod Curtis Sliwa, as well as Weekly Standard editor, William Kristol, and Mayors Giuliani and Bloomberg, just to name a few. At this year’s gala event, we are excited to announce that the legendary Buffalo developer and New York State Conservative firebrand, Carl Paladino will deliver the keynote address calling for the Second American Revolution. 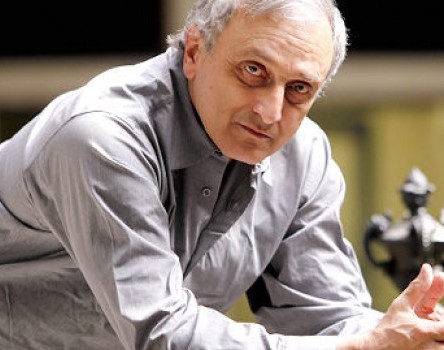 Carl Paladino is a risk-taker, unafraid to pioneer strategic retail developments in the most economically depressed areas of Buffalo, Syracuse, and Albany. As Chairman of Ellicott Development Company, which he founded in 1973, and a life-long advocate of the City of Buffalo, Paladino is best known for championing strategic ideas and has brought new life to the city and region. In the political arena, he pulled off an upset victory in 2010 winning the Republican nomination for New York State governor, and although he didn’t beat Cuomo, he is poised to run again for governor, which he mentioned in a recent interview with Neil Cavuto on the Fox Business Network.

Paladino is outspoken, bold, brash, and authentic.  He stands up and says what’s on his mind for the sake of New York and America’s future, to restore the respect our state and nation deserve, and make us number one.

Decrying the breakdown of America’s spirit and freedoms during the Obama years, Paladino said at the recent Conservative Party of NYS Political Action Conference (CPPAC) in Albany: “Honesty, intelligence and common sense have disappeared. With fresh blood on the streets of Paris and in San Bernardino, Obama is telling us that Climate Change is the most distressing problem facing mankind. As they cut off the heads of Christians in the Middle East, Obama is helping them come to America. The 10 American sailors with their hands behind their heads were humiliated and told to stand down, because Obama was going to make a big announcement about getting prisoners back from Iran the next day.”

Paladino said at the conference, “The marginalization of America sits with every one of us somewhere in our hearts and in our consciousness. We think about it every day. We know something is terribly wrong. We’re so sick of the pundits on TV, we just turn the TV off. I don’t trust the leadership in Congress, in our local governments, in the city and state offices of New York State – any of them – and neither do you.”

In the face of this debacle, there’s nothing wrong with being bombastic, bold and brash. That’s what America and our freedoms are all about. Paladino was brought up to stand up and say what’s on his mind and he is buoyed by the fact that “middle America, the sleeping giant, the silent majority, or whatever you want to call it, is finally waking up.”

This year, play a big part in this “great awakening” here in Queens, NY. On Sunday, February 28, enjoy a five-hour glorious dinner party with full cocktail hour, open bar, sumptuous sit-down dinner with dessert and grand finale Viennese table. The renowned Francis Lewis High School Honor Guard will present the Colors. Patriotic music and dancing follow up the speeches and award presentations. Our annual Lincoln Day Dinner is the grandest and most anticipated Republican political event of the year in NYC! If you haven’t yet made your reservations, you may purchase your tickets now at www.qvgop.org. See you on February 28th!