Read all about Mark Cipolla’s candidacy in the Queens Chronicle: “GOP backing lawyer against Sen. Avella” 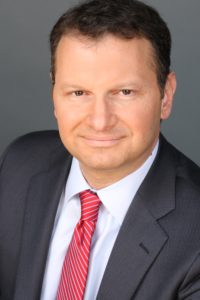 Mark Cipolla is the Republican and Conservative candidate for New York State Senate in District 11 which is in Northeastern Queens. When asked about the reason he chose to enter the race, he said: “I am tired of seeing career politicians allowed to treat “their” office as theirs, not “ours.” I am tired of seeing career politicians run unopposed because the cost of running a campaign against an incumbent is perceived as cost prohibitive and the uphill battle too daunting.”

One of our biggest issues is corruption in Albany and as Mark has stated: “the first step in ensuring that our government operates ethically is to demand that our elected officials are challenged on their record when up for re-election. Without serious challengers we provide career politicians with immunity to act in their self-interest, not in our best interest.”

Mark is President of the Cathedral Club, lay organization of the Brooklyn-Queens Catholic Diocese and is a board member of Bridge to Life, crisis pregnancy center in Flushing. Mark has a tremendous following and is highly respected in the New York Catholic community.  Coming from humble beginnings, he has lived in Queens since 1988 where he raised his family instilling the values of faith, hard work, and gratitude in his children. He was honored to work besides some of New York’s finest serving as an Assistant District Attorney in Brooklyn for over five years. As a criminal prosecutor and as a practicing attorney since 1992 Mark has had the responsibility to serve and protect the public, and ensure fair prosecution and seeing justice is served.

Mark is running for New York State Senate because we deserve better and invites you to help him make his case to the rest of the good people of SD11. Email Mark Cipolla4ny11@gmail.com  to donate and volunteer for his campaign. Donations can be sent to Friends of Cipolla for Senate, c/o John Kashimer Esq., 224 Nassau Blvd. Garden City, NY 11530. Make checks payable to “Friends of Cipolla for Senate.”