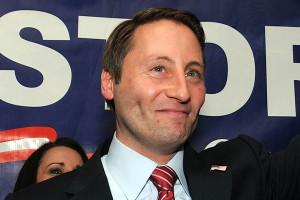 The Republican and Conservative candidate in what is already one of New York State’s most heated races in history, Rob Astorino, will be the featured speaker at the free, public meeting of the Queens Village Republican Club on Monday, June 30th at 7:30PM at the Knights of Columbus St. Annes Council, 263-15 Union Turnpike, Glen Oaks. The Queens Village GOP is the oldest continuously active Republican club in America. Attendees will participate in a Question and Answer period after the candidate’s presentation.

Phil Orenstein, President of the Queens Village Republican Club, urges the public to arrive early since this event promises to be one of the largest gatherings and said, “The Gubernatorial election is not just a race but a fight for the survival of our state!” Event speaker Rob Astorino, Westchester County Executive and the Republican and Conservative candidate for New York State Governor, inherited a fiscal disaster and government mismanagement on a grand scale in Westchester County and fulfilled his 2009 pledge to voters to address the “tax madness” in the county with the highest property taxes in America. Orenstein continued, “We need real leadership like Rob Astorino. His fiscal stewardship earned Westchester the highest credit rating in the state, and it has retained and attracted new businesses to the county, helping create 30,000 new private-sector jobs from 2010-2014. At a time when NYS is losing people and jobs, we need a governor to turn the tide!”

Astorino’s success in reversing the downward spiral of Westchester is a significant part of his platform of strong oversight in government, fiscal restraint, curbing the exodus of jobs and industry from New York State, a return to “content” based education in our schools, repeal of the SAFE Act, rooting out pubic corruption, and a free market plan to assist in the creation of affordable housing and not government which has taken a disastrous toll on New York taxpayers. In addition, Astorino has stood firmly against a historic federal overreach attempt into Westchester County by President Obama’s Department of Housing and Urban Development (HUD.) HUD is hoping to make Westchester a national template for a radical social engineering scheme that would give Washington power to dismantle local zoning laws across the nation.

The media is invited to attend.

The mission of the Queens Village Republican Club is to continue to advance the basic Republican principles of maximum personal freedom and limited government. Doing that from the environment of a Club that traces its ancestry to almost the beginning of the national Republican Party itself gives us not only great pride but also an awesome sense of connectedness to the great leaders of the past raised up from our beloved Queens Village community who similarly fought to preserve the same ideals that we cherish today.