By Joe Mcdermott On Jul 27, 2020
Editors Note: this article is re-posted with permission as published in the news and media outlet, The Published Reporter 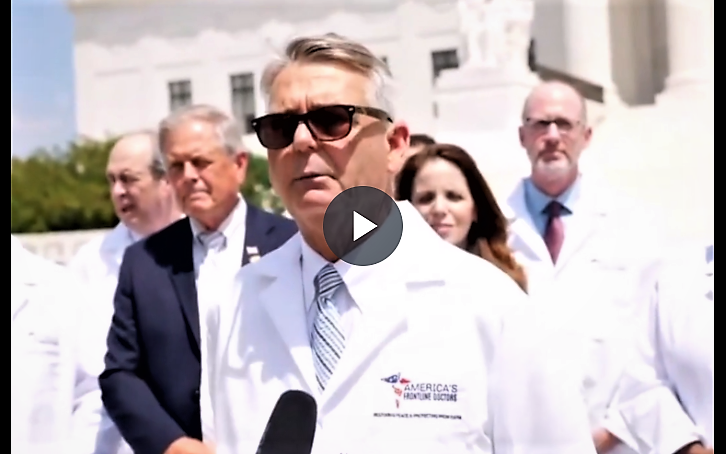 Editors note: This video will be replaced with the original when we hear back from America’s Frontline Doctors who we have reached out to for comment as well as the original version. It is being removed from several video platforms such as Facebook, Twitter, and YouTube as ‘misinformation’. Additionally, this story itself was removed from Google.com in the early hours of July 28th, 2020 (see image below). This video is related to COVID-19 and contains doctors “opinions” on what “they believe” is a massive misinformation campaign. This event in-fact happened on July 27, 2020. It cannot be removed or erased from history simply by being removed from Internet websites. The Published Reporter® is reporting a factual newsworthy event. Use your own judgement. The video displays the opinion of the speakers and not necessarily the opinion of the site itself. See our Terms of Service, Editorial Policies and Fact Checking Policies.

WASHINGTON, D.C. – From the steps of the US Supreme Court, a group of doctors calling themselves “America’s Frontline Doctors,” are speaking out as physicians from around the country, addressing the American people about COVID-19 and what they are calling a “massive disinformation campaign” as COVID-19 is keeping  businesses closed and schools planning to remain closed this coming September. The event is being widely recognized as the “White Coat Summit” on Capitol Hill which is scheduled to be a two-day event. It took place today, July 27, 2020.

Speakers at the event included Pediatrician Bob Hamilton, MD from Santa Monica, CA in practice 36 years. Primary Care Physician Stella Immanuel, MD from Houston, TX who stated she has treated over 350 patients with COVID-19 with not a single death. Dan Erickson, MD from California, widely recognized as one of the first to come out with his own grim findings related to misinformation which were referenced in the highly controversial and banned video Plandemic.

Interestingly, the forty-five-minute video is not easy to find through normal channels such as YouTube, Google News, and other ordinary search services. It was live streamed on Facebook and is now removed from breitbart.com.

“American life has fallen casualty to a massive disinformation campaign. We can speculate on how this has happened, and why it has continued, but the purpose of the inaugural White Coat Summit is to empower Americans to stop living in fear. If Americans continue to let so-called experts and media personalities make their decisions, the great American experiment of a Constitutional Republic with Representative Democracy, will cease.”

If you support us keeping this video available please like/follow us at: @PublishedReporter 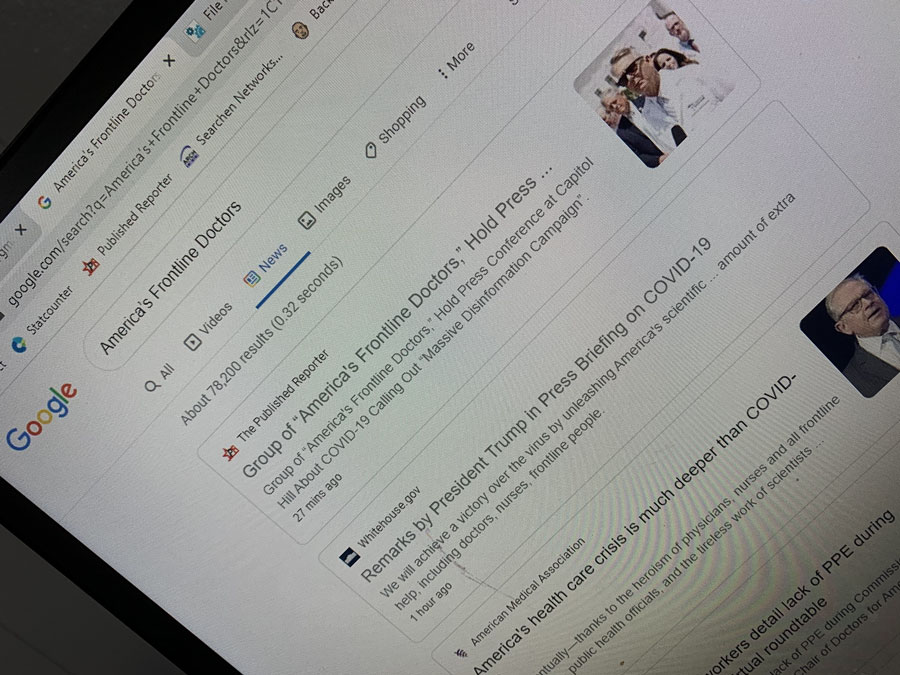 This image shows where this story appeared in Google News search algorithmically (automatically – naturally) when it was published on July 27, 2020. It is now not found after Google manually manipulated its placement based on its content (message).

« PreviousRemembering the Victims of Mayor De Blasio’s, New York City Council’s and a Federal Judge’s War Against the NYPD
Next »Video: Summer “Salute to Our Police” Club Meeting!