By James A. Trent

Former New York State Senator Frank Padavan has left us at age 83. For 38 years, he represented eastern Queens (and for 10 years northwest Nassau) as State Senator. Even his political opponents recognize that Frank’s legacy in the Senate is one of the most exemplary in the State’s long history. 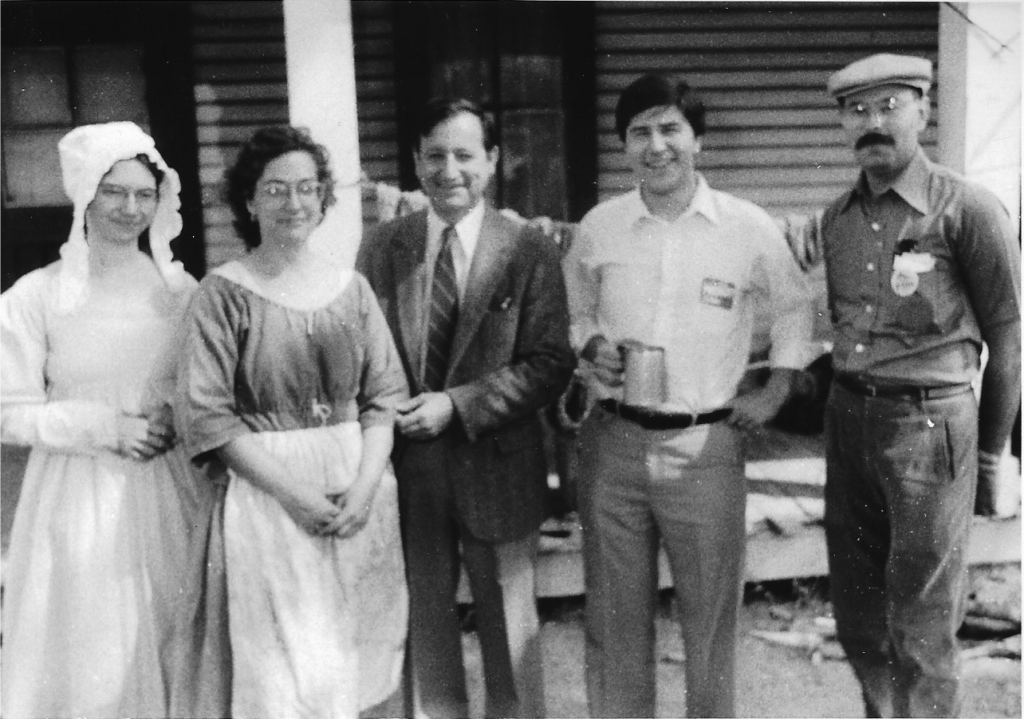 This photo was once displayed in Frank’s office. It’s undated but probably from around 1982. Frank is in center. To the right is Republican Assemblyman Doug Prescott (26th A.D.), and far right, James Trent. Picture was taken at the Farm Museum’s Agricultural Fair. (Author’s collection)

I knew Frank as far back as when he was Deputy Commissioner in the Buildings Department in the John Lindsay administration. When he announced he was running for the Senate seat held by Democrat Murray Schwartz, I warned friends not to support him because he was a Lindsay liberal. For years, Frank would rib me of my miscalculation of his political orientation. But of course, I ultimately became a strong supporter. Some years back when I received the Lifetime Achievement Award from the Queens Civic Congress, in my acceptance speech I told the audience how behind every successful man was… Frank Padavan. The audience roared. But it was true. I couldn’t have founded the Queens County Farm Museum if Frank hadn’t got the the legislation passed to make it possible. When I recommended to Claire Shulman that 31 surplus acres at Creedmoor be repurposed as a multi-school campus, it was Frank who got the State to turn over the land to the Department of Education. That acreage is now called the Padavan Campus. No doubt other successful leaders could state that it was Frank who made it possible for them to achieve their goals.

Frank did so much not only for ordinary people, but also for people with special needs. Organizations such as PYSCH (Professional Service Centers for the Handicapped) which renovated a home in Flushing for their clients and called it the Padavan House. He supported organizations advocating Little Leagues, mental retardation, environmental issues, animal welfare rights, historic preservation, etc. He saved a grove of ancient trees that were going to be bulldozed by the State for highway construction by forcing the State to realign the road to spare the trees. In the Senate, he served as Majority Whip and chairman of the Cities Committee. He was a board member of the Queens Village Republican Club.

He wasn’t a one-issue politician. He embraced all sectors of the district and helped everybody. He answered all communications, which by the way, is not the practice of other electeds. He sent get- well cards when he heard anyone was sick. He got funding for important cultural facilities and historic sites such as the Farm Museum, Bowne House Historical Society, Bayside Historical Society, Poppenhusen Institute, Alley Pond Environmental Center, Four Borough Neighborhood Preservation Alliance, and so many more.

He received some 400 plaques from various organizations in recognition of how he helped them. When Frank left the Senate, he gave back to the Farm Museum the ones we had given him. We put them up on a wall in the office and always referred to them as our “Padavan Shrine.”

His files were turned over to Queens Borough Community College which has archived them. Frank is survived by his two children, Allison and Scott. His wife, Johanne, predeceased him. There’ll never be another Frank Padavan. For this we mourn, but he left us so much legacy to cheer us on.