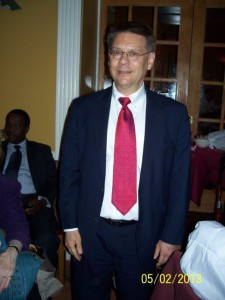 Mr. Saffran, a favorite son of the Queens Village Republican Club, has been a long-time member and supporter of numerous Club events and candidates. 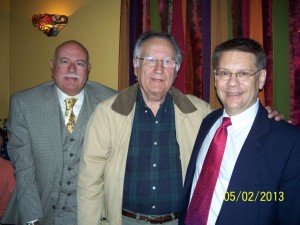 He is seeking support from friends to win the Primary as well as the General Election. While Club members enthusiastically pledge their support, according to QVRC policy, the Club cannot officially endorse a candidate as long as there are other Republicans vying for the same seat in the Primary. He has the endorsement of Senator Padavan and the Queens County GOP and asked for the Conservative Party endorsement from Tom Long, Queens CP Chairman, who was also in the room.

He said that he wants to run this campaign 110% right with honesty, integrity and ethics.  He wants to be a reformer, to preserve and build.  He is worried that the Democrats might take over after 20 years of progress.  Public safety and quality of life with good family values are his goal, as well as to preserve good educational standards.  He is concerned about “racial quotas” finding them revolting, mentioning Stuyvesant High School, Bronx High and Brooklyn Technical HS.  If necessary, the Supreme Court should be involved.  He supports “stop and frisk” to fight crime and that guns should be taken away from criminals.