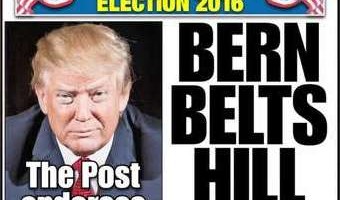 All aboard the Trump train!

All aboard the Trump train! 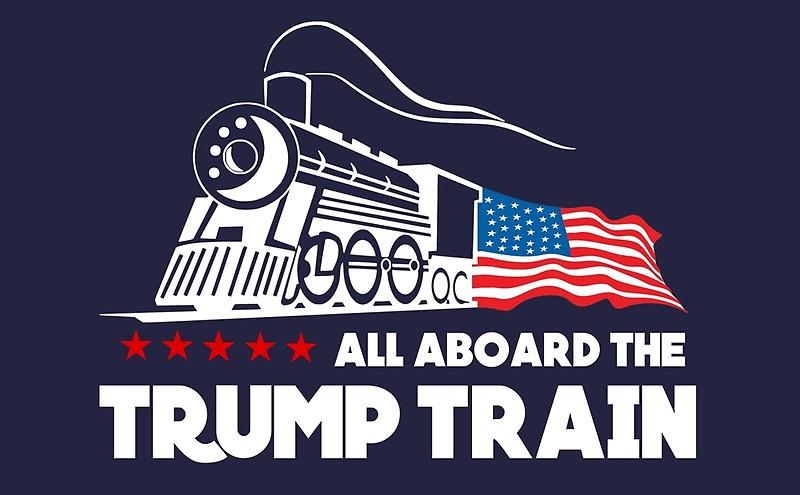 There is a revolution going on all across America. It’s a bloodless coup to take our country back from the treacherous political establishment. The status quo is in jeopardy which has the almighty Washington bureaucrats shaking in their boots. Donald Trump will wind up with millions more primary votes than anyone in American history. One of the reasons for the wild groundswell of support for Trump is that his campaign is self-funded, which means he cannot be bought by lobbyists, special interests or the political establishment. He is candid, honest and refreshing and we can count on him to do what’s best for America.

In a bombshell expose, “The Confessions of Congressman X,” an anonymous Democrat Congressman blew the lid off the lies, rot and corruption of our congressional politicians, sellouts enslaved to lobbyists and wealthy contributors, and interested only in reelection.  Congressman X remains anonymous in order to present an honest assessment of the “sinkhole of leeches,” known as Washington DC.

“Like most of my colleagues, I promise my constituents a lot of stuff I can never deliver,” he admits. “But what the hell? It makes them happy hearing it . . . My main job is to keep my job, to get reelected. He laments, “There seems to be a complete disintegration of confidence in government. A fear that government is its own special interest. America’s on an irreversible decline and no one in Washington seems to care . . . God help us.” 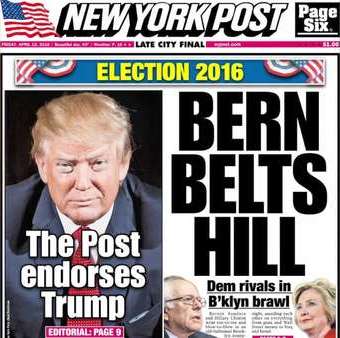 Along comes Donald Trump. With New York Post’s ringing endorsement, “Imperfect – but so full of promise,”  the promise is that Trump “has electrified the public, drawing millions of new voters to the polls and inspiring people who’d given up on ever again having a candidate who’d fight for them.” Here is a presidential candidate who has launched a political earthquake to shake up the Washington DC bureaucracy – the network of lawyers, lobbyists and special interests feeding off the ever-growing government leviathan, while American citizens are thrown under the bus. Trump’s exhilarating “make America great again” theme resonates all across America because he dares to put the needs of our country ahead of other nations.

Nobody wanted to talk about illegal immigration and building a wall the way Trump brought it into the national conversation, even with the unchecked threat of terrorism, and drugs and crime flooding in across our southern border. Nobody wanted to discuss the destructive immigration policies welcoming Muslim refugees from countries craving death to America. Nobody wanted to talk about the unfair international trade deals, and the trillions of dollars and millions of lost American jobs that will be reclaimed by protecting American investments around the world.  But Trump spoke about putting America first, with foreign policy, with jobs, with our military, with education, corporate tax cuts, the needs of our veterans, supporting our police, and above all the safety and security of every American. We the people responded with a thunderous unified voice and drowned out the pessimistic voices of the naysayers on the left and right.

All aboard the Trump train! This is a national movement that is gaining steam, and even diehard Cruz supporters are rallying around Trump to defeat Hillary. Republicans as well as many Democrats and Independent voters across America are jumping on the Trump train to help beat the destructive Clinton juggernaut.

There is nothing more fearful than a Hillary Clinton presidency. It will mean a Supreme Court packed with liberal justices, trampling our 2nd Amendment rights and religious liberty. It will mean a wide open border with 30 million illegal aliens fast-tracked to citizenship to vote Republicans out of public office for good. It means a serial liar personified by Congressman X’s “sinkhole of leeches,” known as Washington DC.

Fortunately, Trump is bringing new voters into the Republican Party by the millions. 75% of Sanders supporters said they will not vote for Clinton in November according to an exit poll taken during West Virginia’s recent primary, and nearly half said they will vote for Trump over Hillary. “Asking me to vote for Hillary is like asking a Christian to vote for Satan,” declared a Sanders supporter. The Washington elites thought Reagan had no chance to win in 1980, but he won 49 states including New York and California. Economist Arthur Laffer, Reagan’s former economic policy advisor, predicted Trump will win 47 of the 50 states. For the first time in over 35 years, NYS will be in play in November. The epicenter is here in Queens, since Trump was born and raised in Jamaica Estates.  Let’s make America great again starting from Queens, NY!

« PreviousDe Blasio Is Bad for Business and Bad for New Yorkers
Next »In Donald Trump’s Old Neighborhood, a Show of Support