NYPD: Not To Be Trusted? 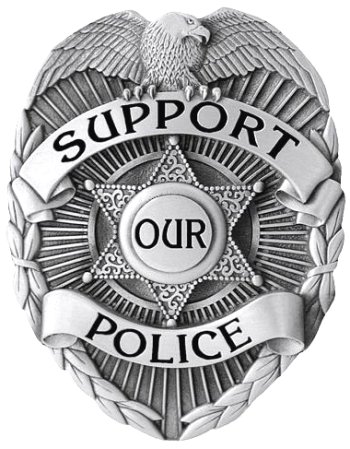 NYPD: Not To Be Trusted?

The NYPD provides a shield to the citizens and residents of New York City 24/7, 365 days a year. This security blanket is composed of over 50,000 honorable men and women from all over the downstate region.  The agency is responsible for the public safety of the residents of the city as well as the two to four million people who commute in and out of NY each and every day.  By land, sea and air, NYPD covers NYC with courtesy, professionalism and respect.

Fast forward to the police custody homicide case in Staten Island.  Eric Garner was hardly an altar boy and had a rich criminal history of disrespecting authority, arrested 31 times.  It could be said that Mr. Garner knew the arrest process better than those officers charged with securing his person.  It should be noted that in this depressed section of Staten Island, it was the shop owners who were sick and tired of Mr. Garner and his illegal activities.  It was the shop owners who are also local residents that sought the assistance of the Staten Island Police Headquarters.  The police record shows that NYPD did warn Mr. Garner numerous times prior to this final incident in an effort to get him to comply and leave.  But Mr. Garner who is an intimidating 6 foot 3 inches tall and more than 300 pounds, thought when a police officer said, “you’re under arrest” that Mr. Garner mistakenly thought he had a choice or vote in the decision making process. When a police officer says you’re under arrest you would do well to comply fully without discussion. The Garner case is just another tragedy for both Garner and the police officer whose life is being turned upside down. The tragedy is that Garner throughout his life could never straighten out, couldn’t do a course correction, revolted against authority at every opportunity and because of his poor health as he challenged a police officer’s lawful order to submit to arrest, he died.  The public doesn’t like to see police work because sometimes it gets ugly and is disturbing to watch.  Police officers in NYC make thousands of arrests daily and occasionally something goes wrong, sometimes deadly outcomes result.  No police officer comes to work with that in mind but they stand at the ready to answer your call in every corner of this city.

Fast forward to Bill de Blasio, former NYC Public Advocate who rode into power by grilling and bashing the well-respected NYPD for a continuous 12 month period while on the campaign trail with a fawning media saluting him with each demagogue rant.  De Blasio’s routine was to give no sway to NYPD and it was an effective strategy in getting his voters to the polls and sweeping him into the mayor’s office with less than 25% of all voters turning out.  Mayor de Blasio appointed Bill Bratton as police commissioner and everyone did a sigh of relief thinking the mayor would moderate, the campaign was over, and now was the time to govern.  No such luck. The mayor has continued to do battle with the rank and file of NYPD, painting them as OUT OF CONTROL.  De Blasio then pushed racial arsonist, Al Sharpton onto center stage.  Headline after paint peeling headline, deeper and deeper, this mayor has verbally assaulted with a broad brush the good, honest and professional men and women of his own police department.  The NYPD is in fact the most efficient and effective agency in NYC government. This is why so often NYPD gets called in to resolve whatever the issues are.

As the agency of last resort, the NYPD handles with ease the routine as well as the crises that have confronted this city time and again.  When the citizens and residents of this city have nowhere else to turn they call their trusted resource, the respected men and women of NYPD.  Citizens and residents of our poorer communities call more often than anyone else.  They need the police and if de Blasio continues his narrative he may find that police officers are just going to be too afraid to do anything proactive in the City of New York and who could blame them.  Mayor de Blasio would do well to tone down his rhetoric and support the police.  The simple advice would be praise in public, choose your words carefully in private and how you accuse an entire police agency the size of NYPD as being racist.  De Blasio needs to switch his swagger and accusatory tone from the NYPD to those in the community who would condemn us to an encore of the crime, disorder and fear of twenty years past.