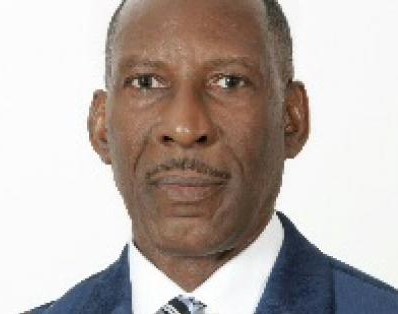 Five months ago I stated my intention to run for City Council in District 27 Queens (St. Albans, parts of Hollis, Cambria Heights, Queens Village, Addisleigh Park, Jamaica, and Springfield Gardens) as a Republican.

I received mostly “cussing” from my friends. I believe it was not about hating me, but about hating the Republican Party. However, I was surprised at how extreme some so called “intelligent” or Christian friends –some now former friends– took their politics. They would refuse to give me a grain of salt, much less a dollar in contribution.

Notwithstanding, I had a financial vision. When I set to move a mountain, I will do so, even if I have to push it by myself. So I raised $7,000 and on Monday September 25, the city’s Campaign Finance Board will audit me. That means, it will give me $42,000 if I did all the right things; complied.

Therefore, I could have $49,000 to: employ scores of community members to help me win; purchase newspaper ads and campaign literature; spend a couple of thousands in restaurants in my community for my staff; and, rent an office space. All these activities have positive multiplier impacts on the community.

I could also spend with a lawyer for consultation fee. But my lawyer friend had so much hatred for Republicans, I parted company with him. If all my friends had donated $20,000 overall, the city would have given me $100,100.

This is the aspect of politics –the benefits of not being taken for granted– Democrats have hidden from people in the Black community; making us think we are born to vote Democrats, only. Consider how the Black church could break the cycle of Black’s one-party politics and enrich their communities by going with whichever party that fulfills our set of economic empowerment and jobs demands rather than being taken for granted.

When election times come around, all these Democratic politicians visit the churches pimping votes without delivering jobs. Have the Black community and churches fared any better? Why is Black unemployment higher than for all other ethnicities?

Here is my plan that would get people from our community elected while also teaching our community campaigning and keeping our youth gainfully employed.

If a consortium of Black churches, many of whose members are well educated and very entrepreneurial run a Republican Mayoral, Public Advocate, Comptroller, Borough President, and City Council candidate, it can change the nature of New York politics and break one-party rule.

These churches could raise millions in contributions for the candidates and also receive millions more in matching funds.

With youth energy and communication skills the candidates would actually start winning. Skeptical?

Best of all, the campaign spending would create thousands of jobs and stimulate more economic activity in our communities and keep more youth employed — away from unproductive activities. For example, $9.6 million can be raised by $1.6 million in contributions.

What then are the Black churches waiting for? Are they really serving or regressing the community by only advancing democratic identity politics?

The churches can start tomorrow. We can empower the Black community by running Black Republican candidates

Green is a candidate for City Council.