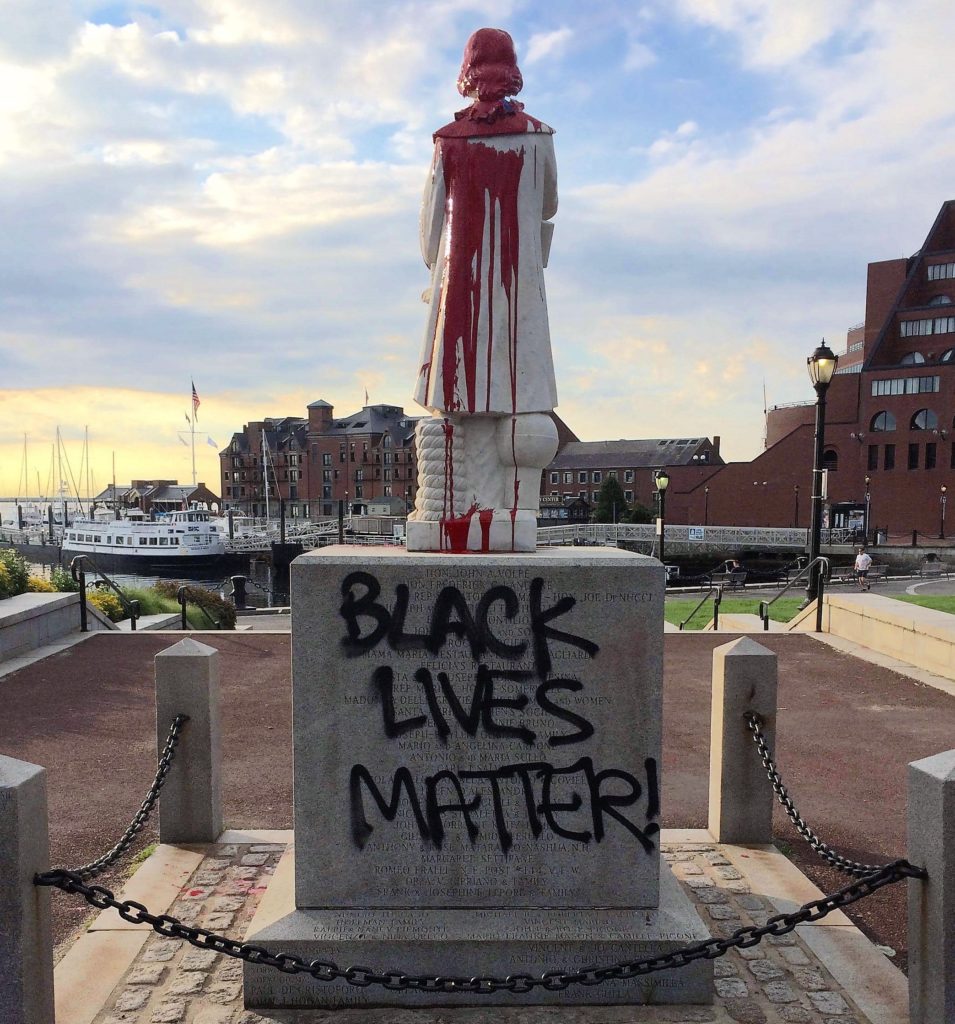 The city’s statues and monuments are being threatened with elimination, including the iconic Christopher Columbus statue at Columbus Circle, since Mayor de Blasio formed an advisory commission to “address monuments seen as oppressive.” Now a throng of vandals has appeared defacing our monuments, including the Christopher Columbus statue in Central Park which was vandalized, the destruction of the statue of Francis Scott Key, who wrote our beloved National Anthem, and many others.

History Instructor Gerald Matacotta will speak at our Columbus Day Dinner on October 5th to fight back and score a victory in our battle of ideas. His talk will address how Columbus is important as a symbol in American history. The anti-American history faction is not just trying to tear down our statues, but they want to obliterate all institutions and symbols they deem offensive.

We’ve established a tradition of offering an optional dinner at our October meeting in honor of Columbus Day. Our celebration on October 5th at 7:30 pm at Nancy’s Restaurant in Floral Park, Queens is especially significant in light of the recent threats to remove Christopher Columbus monuments around the city. As a special treat, History Instructor Gerald Matacotta, founder of the acclaimed History Seminar Series at Queensborough Community College, will speak on “The legacy and history of Columbus in the United States.”

This is a dinner meeting, but the purchase of dinner is not required (but definitely recommended). For $40, we serve a four-course dinner with a choice of nine entrees. Soda, coffee/tea and dessert are all included along with tax and tip. Cash bar is available. This restaurant receives the highest praise. There’s metered municipal parking across the street.