A great awakening is occurring now unprecedented in modern times. A mass exodus of newly awakened former liberal Americans are walking away from the Democrat Party.

I walked away after September 11, 2001. My family and I were lifelong liberal Democrats. I was a fervent world peace activist. My wife and I walked away and changed our voter registrations to Republican about 14 years ago after a few years of soul searching. In the aftermath of September 11, the mental fog lifted and I realized my true heart and soul was with America. I waved the flag proudly and my eyes welled up with tears when I heard Lee Greenwood’s song “God Bless the U.S.A.” But many of my liberal friends and family blamed America for the terrorist attacks on our nation, professing that America is racist, imperialistic, materialistic, selfish, and greedy, and we deserved the lessons of 9-11 in order to change our evil capitalistic ways. Feeling deserted and betrayed, we parted company and I went searching anxiously for new friends and new ideals. That was when I started reading David Horowitz FrontPage Magazine and attended meetings of the Queens Village Republican Club and the rest is history. 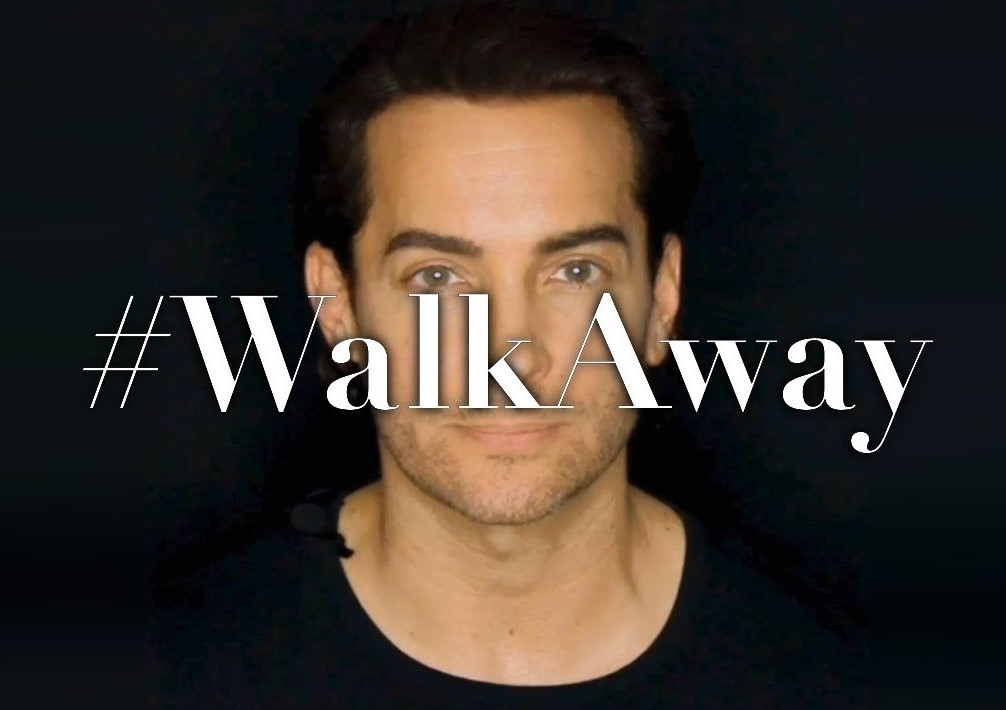 Recently Brandon Straka, a New York hairstylist, lifelong liberal and gay man, created a video urging liberals to walk away from the Democrat Party. He posted this video on a Facebook page entitled #WalkAway Campaign, which went viral. It has attracted many 1000’s of liberals and former liberals who can no longer accept the lies and hypocrisy of what liberalism and the Democrat Party has become, to likewise share their WalkAway stories.

Straka’s WalkAway video is one of the most refreshing and inspiring stories people have ever viewed.  It starts off as follows: “Once upon a time I was a liberal. Well, to be honest, less than a year ago I was still a liberal. I became a liberal because I felt I’d found a tribe whose values aligned with my own.

I staunchly reject racism of any kind. I reject the marginalization of any human being based off of their gender or sexual orientation. I reject tyrannical groupthink. I reject a system which allows an ambitious, misinformed, and dogmatic mob to suppress free speech, create false narratives, and then apathetically steamroll over the truth. I reject the acceptance of junk science and superstition to advance ideological agendas. I reject hate.

These are the reasons I became a liberal.

And these are the same reasons why I am now walking away.

For years now, I have watched as the left has devolved into intolerant, inflexible, illogical, hateful, misguided, ill-informed, Un-American, hypocritical, menacing, callous, ignorant, narrow-minded, and at times blatantly fascistic behavior and rhetoric. Liberalism has been co-opted and absorbed by the very characteristics it claims to fight against.

He ends the video saying: “Once upon a time I was a liberal. But liberalism has changed, and I will no longer be a part of an ideology or a political party that represents everything that contradicts my values of unity, equal opportunity, personal empowerment, compassion… and love. So I am walking away. And I encourage all of you to do the same.

Straka explained that the purpose of the campaign is to provide an encouraging and supportive group setting for people on the left who want to walk away from the lies, the hate, and intolerance, but fear the repercussions they may suffer from friends or family if they leave the fold.

He also explained the other very important purpose: “For far too long, the left has controlled the narrative in this country in news and media while the “silent majority” on the right have done what they always do- remained silent. The left has been allowed for so long to reinforce the narrative that everybody on the right is a bigot, a racist, a homophobe, a misogynist, etc. But the left has become so extreme, it’s now time to fight back.” He urges people on the right to use their voices to share the truth about what is means to be a Republican or Conservative in America today.

The Queens Village Republican Club has always put out the welcome mat to those whom we refer to in jest as recovering Democrats. Now a renewed exodus of lifelong liberal Democrats, staunch progressives, Hillary Clinton voters, Bernie Sanders supporters, Women’s marchers, never-Trumpers, who have walked away are looking for new friends and a new home. Let’s warmly welcome them to the Queens Village Republican Club, their new home, as my wife and I were kindly welcomed years ago by former President Philip Sica.

We are looking forward to seeing you and many new friends at our September 6th Club Meeting after the summer break. We will have a wonderful and inspiring meeting with our outstanding Republican candidates and speakers!

« PreviousCorruption and Wasted Taxpayer Money is the Norm in Albany
Next »Talking with Judge Jeanine Pirro about Liars, Liberals and Leakers