Talking with Judge Jeanine Pirro about Liars, Liberals and Leakers

Talking with Judge Jeanine Pirro about Liars, Liberals and Leakers 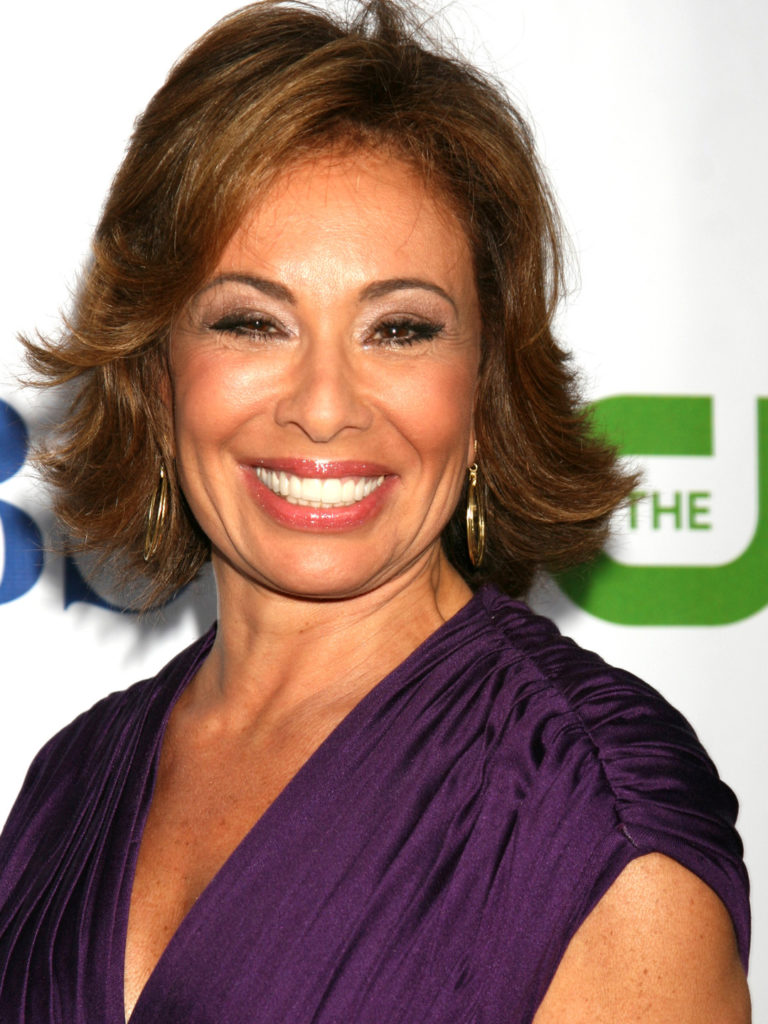 There is an old extremely troubling, yet almost forgotten,  story about Hillary Clinton, which in her New York Times best -selling book, “ Liars, Leakers, and Liberals, the Case Against the Anti-Trump Conspiracy”, Jeanine Pirro-  currently known to her large audience on the hit Fox News show “ Justice with Judge Jeanine” as “ Judge Jeanine” and known for years before by that same name to the millions of viewers who had watched her appear as a legal and political commentator on every major television network – reminds her readers.

The story goes back to 1975 and occurred in the state of Arkansas. A beast named Alfred Taylor had been charged with the rape of a twelve- year old girl.  The attack was so savage that it left the victim, now a 55 year- old woman, in a coma for several days and damaged her body so severely that she would be unable to have children for the rest of her life.

The then 27-year-old Clinton had not volunteered to represent Taylor but, rather, was assigned by a judge to serve as his court- appointed defense attorney.  So, the fact that she employed a legal technicality to beat the rape charge against Taylor and then bargained with the prosecutor for him to plead guilty to a reduced charge, for which he was to serve less than one year in jail, would, arguably, have been unfair to hold against her.

But the story of Clinton, the rapist and the 12 year- old victim does not end there. Recalling   how she was able to successfully defend a man she knew to be guilty of such a heinous crime Clinton can be heard boasting in a recorded interview that surfaced in the mid- 1980’s, “This guy accused of raping a 12 year -old girl. Course he claimed he didn’t do it and all that stuff… I had him take a polygraph, which he passed- which forever destroyed my faith in polygraphs.”

The recording also revealed the sordid sense of humor of Clinton, who was captured laughing as she recalled that her defense of Taylor was aided by the Arkansas crime lab, which had accidentally destroyed DNA evidence tying him to the attack.

In a fast paced, 20 – minute telephone interview I recently conducted with Pirro- also a former Westchester County judge and prosecutor-  explained why she felt this horrible incident, though decades old, remained sufficiently relevant to be referred to in her book. “This woman {Hillary Clinton} who can be heard laughing about how she played the system to successfully defend a man she knew to be guilty of raping a 12 year- old girl actually has the gall to portray herself as a champion of women to this day”, Pirro stated. “ She used this sickening lie to get elected to the position of a United States Senator {elected 2000; re- elected 2006} , and, had it not been for Donald Trump, she would have used it to be elected President.

“And what never stops sickening me”, Pirro continued, “ is that rather than disappear into the woods behind her home in Chappaqua{ New York},  after losing in 2016, she makes speeches  and appears on television presenting herself as the high princess of women while accusing Donald Trump of being some sort of misogynist.” 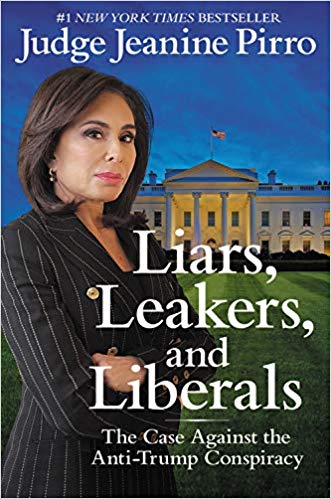 I could detect, even over the telephone, the increasing passion in her voice, as she defended Trump, whom, as she writes in the book, has been her friend for more than 20 years.  “The President Trump that Hillary has the gall to try to portray as anti- woman is the same President Trump whose economic policies have created the most number of jobs for women in the history of our nation”, she stated. “It is also the same President Trump who has appointed scores of women to some of highest positions in his administration, including Gina Haspel as the first female director of the CIA, Nikki Haley as the United States Ambassador to the UN, Kellyanne Conway as Counsellor to the White House, Betsy DeVos as Secretary of Education and Dr. Heather Wilson as the Secretary of the Air Force.”

Then returning, as if reflexively, to the mantra of Hillary’s past questionable behavior towards women, Pirro stated, “ Just remember, as I document  in the book, when Bill was president, Hillary, from an ad hoc ‘war room’ set up right in the middle of the White House, employed Mafia like tactics of fear, threats and intimidation directed against women who her husband had sexually assaulted to scare them from going public with their accusations against him. So, of course, a woman like that does not care about the measurable gains women have achieved from Trump, because the truth is she disdains women, just as much as she disdains the President.”

Pirro’s indictment in the book and during the interview of both Hillary and Bill for their mistreatment of women does not end there. According to Pirro, each has found common cause and even friendship with pedophiles.  In Hillary’s case the pedophile was Alfred Taylor; in Bill’s case the pedophile was his close friend, Florida billionaire Jeffrey Epstein, a convicted child sexual predator who, following the Clinton presidency, used his private jet to, on numerous occasions, fly the former commander- in chief to sometimes extremely questionable locations.

After discussing the Clintons, I was ready to ask Pirro about those “liars and liberals in the media” whom she castigates throughout the book for using fabrications, distortions and deceptions in their scheme to destroy the Trump presidency.  But then I heard in the background the voice of one of one of her assistants informing her that there were only three minutes remaining before the interview was scheduled to end.

So I realized I would not have the time to ask Pirro to comment about those  ‘ liars and liberals in the media’ she excoriates in her book including- the New York Times Nobel prize winning economist Paul Krugman, whom she ridicules for incorrectly predicting that the stock market would ‘plummet’ as a result of Trump’s economic policies;  ABC’S news broadcaster Brian Ross whom she rebukes for falsely reporting that former National Security Advisor General Michael Flynn was prepared to testify that Trump had instructed him to contact Russia before the election; the collective news team at CNN, whom she lambasts for airing the soon later proven lie that members of the Trump campaign had close connections with the people at WikiLeaks- a controversial website whose founder, Julian Assange, facing espionage charges from the United States government, lives in asylum in the Ecuadorian Embassy in England.

Nor, I realized, would I have the time to ask Pirro to elaborate on the long list of ‘liars and leakers’ currently or previously working in high level positions in the federal  government,  whom she denounces in her book  for being part of the  “ Deep State”  purported to be a     government within a government, that, Pirro contends, has conspired to undermine the Trump presidency.  These high ranking anti- Trump officials named in “Liars, Leakers and Liberals” include Special Counsel Robert Mueller, Deputy Attorney General Rod Rosenstein, former Head of the FBI James Comey, former Director of National Intelligence James Clapper and former CIA chief John Brennan.

Her comments, I understood, about these other Trump haters would have to wait for (hopefully) another interview.  But there was one person whom I knew I had to ask her about before we hung up the phone.   That person, unless you had been living on another planet since July 19th 2018, you would probably have already guessed, is named Whoopi Goldberg, one of the five co- hosts of the ABC afternoon television live talk show, “The View”.

As the former judge and I rehashed, it was on that day that Pirro, appearing as a guest on the show and Goldberg, a self- announced Trump hater, engaged in a fierce debate concerning the President. As that debate devolved into a mutual shouting match, Goldberg told Pirro and her own stunned colleagues “  Say goodbye. I’m done” and walked off the stage.

The battle, though, was to continue.  Encountering Pirro backstage after the show ended, Goldberg reportedly shouted, “ F­_ k you, get the f_k out of this building.”

Anticipating the question I would ask about her confrontation with Goldberg, which has since been watched on television and over the internet by hundreds of millions of people throughout America and Europe, Pirro stated, “So you want me to tell you about my feelings about Whoopi Goldberg and how she treated me on her show. Let me paraphrase what I already said on my own show, Sean’s {Hannity} and others:  Goldberg’s mistreatment of me that day for my respect and admiration for President Trump and for my documenting his tremendous accomplishments with the economy and foreign affairs just proves that, Goldberg, like most other liberals, hates President Donald J. Trump far more than she loves the millions upon millions of Americans whose lives, after just 19 months in office, he already has so greatly improved.”

I must confess that even as Pirro was kindly wishing me well as the interview concluded, I was thinking about questions I still wanted to ask her, and, yes, planning how I might be able to arrange a follow-up interview with the good judge, who has become America’s most well- known and toughest critic of liberals, liars and leakers.

Robert Golomb is a nationally and internationally published columnist. Mail him at MrBob347@aol.com or follow him on Twitter@RobertGolomb

« Previous‎#WalkAway Campaign
Next »A Plan to Keep Schools Safe